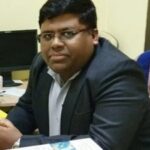 AI technology in the military is triggering a transformation in warfare strategy.

Artificial Intelligence is strongly influencing each domain of life. Technology always decides the pace of society and it redefines the social parameters with unique outputs. The incarnation of AI is motivating global powers to prepare themselves to control and manoeuvre advanced technologies to establish dominance in power-play. Artificial Intelligence is the new paradigm of power in between the superpowers. Technology is an important factor that determines the effective power of modern military warfare. It enables the military to encounter complex challenges in effective and innovative methods and could be a strong component for future warfares. The global military institutions and countries are trying to identify the areas where machine intelligence could be plug-in with the regular military operations.

The essence of modern warfare is more complex due to an adequate number of micro variables. Change in any variable could create an exponential impact on the war. The induction of AI is converting the war from specialized-mechanized war to intelligent-robotic-digitized war-fare. The global powers are preparing their military and establishments to take leverage of modern intelligent technologies to optimize the war results. The establishment of PLASSF (People’s Liberation Army Strategic Support Force) by the Xi-Jinping Government in 2015 is showcasing the Chines seriousness about the induction of technology in military and warfare. To challenge American supremacy and for the absolute development in the Military-AI technologies, the Chinese policymakers released its 10th Defense White Paper, China’s National Defense in the New Era roadmap for the complete AI-ecosystem for the Chinese Army.

Artificial Intelligence could help to enhance the multi-layer capabilities of the military forces to handle various undefined war situations or hostile environments. AI provides the capability of rapid decision making in an information-dense environment and also in information sparse situations.

For the military the AI could be encapsulated under the following heads in a phased manner: –

Phase 1: Gradual development of different AI techniques for the Military.

Phase 3: Constant discovery of applications of AI techniques for the military.

Phase 4: Fabrication of future roadmap for the military.

The integration of AI with military regular operations could upgrade the logistics, administration, maintenance, training, personal management and routine activities or exercises.  It could reduce the institutional workload and free up the warriors for the core functions. AI could handle the OODA (Observe-Orient-Decide-Act) loop faster, create combat intelligent clouds with secure gateways. The AI could upgrade the Command-and-Control capabilities of armed forces with a resilient approach. The Military-AI-Ecosystem could support the higher formations to design and deploy more effective and efficient battel plans for better control on operations with sharper and deep insights. The new intelligent technologies could speed up the capabilities of decision making, helps higher officials to generate more offensive or defensive decisions during wars or combats.  AI could accelerate the system for the three sixty-degree analyses of the environment for better decision making with the strong feature of an autonomous system.

The combat skills of the future military could be enhanced under the following heads: –

In modern warfare extensive strategic intelligence is required with more sophisticated integration of technological components to deals with the situational requirements of war theatres. War-Zones are one of the areas where each discrete event are overloaded with a high volume of integrated data. AI could create more taxonomies of events from the available data sets. Wars drove majorly by the information, AI may provide or recommend valuable options to the commanders or may be able to provide the best options which the human brain could provide.

The global military powers are smartly working towards modelling a common platform to handle the context-based challenges from seafloor to space using the convergence of disruptive technologies combined with the different tools of AI. This entire processing is creating the military wars more knowledge-based rather than quantity based- a radical shift from attrition and destruction to one of the effects and outcomes.

The fusion of old war skills with AI technology is approaching towards news doctrinal concept of war that is based on rapid and accurate decisions, deployments and destruction of the adversary’s ability and will to fight and not merely targeting its armament and arsenals.

AI is the next-generation weapon required to transform how the armed forces operate, train and fight from the barracks to the trenches. AI-Based models are necessary for each country to demystify the hidden war behaviour of the enemy country. The accurate decisions with AI could create an exponential effect on the conduct and outcome of the war.

It may also be mentioned that it is possible to tweak existing algorithms from the commercial space and find use cases of the same for military applications. This requires a larger understanding of the technology and a deeper understanding of the entire design of battle. A silo-based approach would be highly expensive, time-consuming and only duplicate algorithms that are already residing in other domains as solve problems. AI by themselves would not provide the complete solution and the requisite underlays of hardware and the overlays of networks and systems is a necessity.

Machine learning and deep learning may be used to decode the unsupervised learning between the hidden nodes of the war.

The operational knowledge AI is competent to enhance the operational capabilities of submarines on sea-beds. The cognitive quality of AI may help submarines to sense the qualitative observations of the environment for reacting more sophisticated approach. International maritime always creates a high volume of data from sea-profiling to ship movement. The hidden strategic information from those data could be extracted with the help of AI for the smart maritime strategy. The likelihood of success may be increased by the association of different maritime domain knowledge through the integrated nature of AI technology.

The emergent challenges always occur in Air-Warfare and absolute response is required to face such issues. The AI-based situational responses may provide more accurate context to our aircraft. Effective encapsulation of AI with Human Intelligence may create more accurate air attacks from fighter planes and choppers.

The fusion of AI with War-Strategy may generate deep strategic insights for the commanders and may help countries reduce war losses due to its predictive and subjective nature and achieve objectives through outcome-driven engagements.