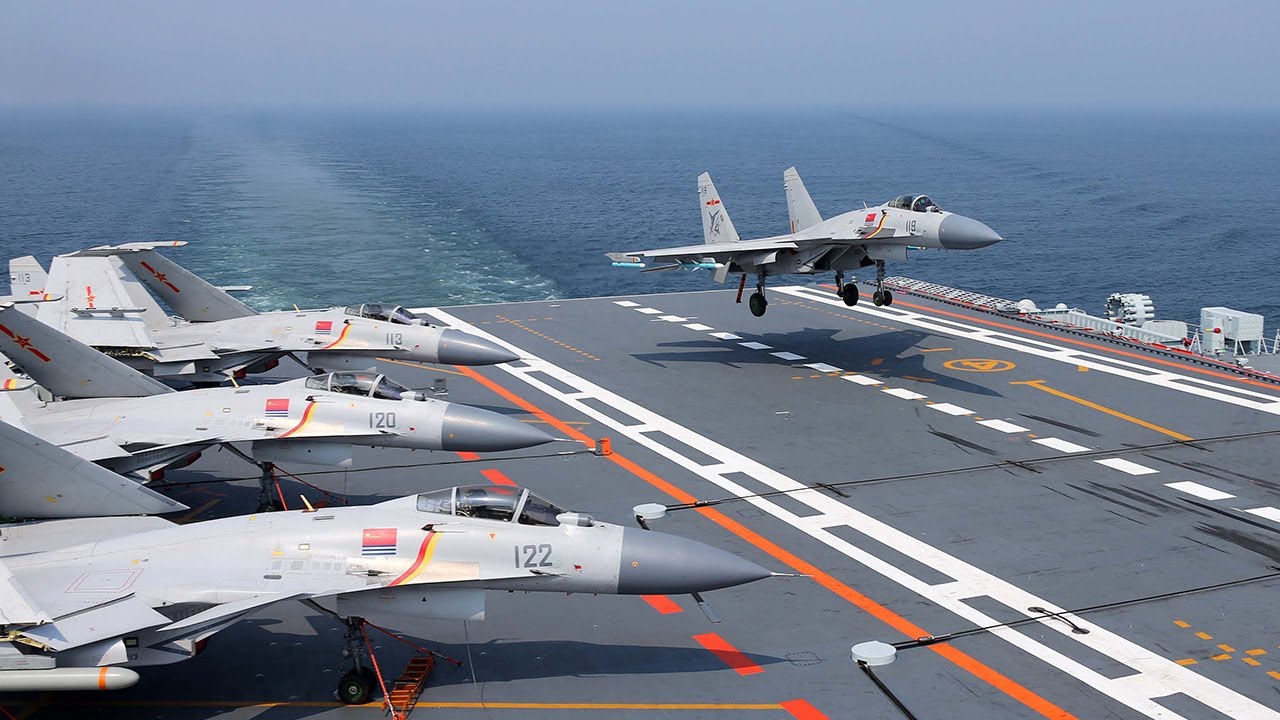 INS Vikrant, India’s first Aircraft Carrier had a great role to play in our victory against Pakistan in 1971. Today, as we enter the fiftieth anniversary of that event, we must acknowledge the good fortune that brought Vikrant into our Navy in 1961, despite severe resource constraints and lofty political ideals of peace. Ten years later, she proved her worth in spectacular fashion. We are fortunate that Aircraft Carriers have continued to stay with our Navy, despite chauvinistic arguments against them. Although we are yet to reach the minimum operational requirement of three Carriers in over seventy-three years since independence, there is hope. Useful lessons from anywhere are welcome.

From first thought to the third Carrier

The story of China’s Aircraft Carriers is one of single-minded focus. In intent and execution, the project is a miniature version of Mao’s single-minded focus on making China a world power, chiefly by becoming a military power. He usurped all political power, brought death and misery to millions of his people, and manipulated the Russians to achieve his aim. But from start to finish, there was the focus. Whatever the cost. That the Aircraft Carrier project, which, from first serious thought to the building of a third Carrier took only twelve years, shows Mao-like focus. But unlike Mao who had an impoverished China, with only agricultural products snatched from hapless peasants as a source for income, modern China had a booming economy, a great military-industrial complex, peace and no shortage of resources. But these advantages alone don’t bring success. There has also to be a sound plan, that can bind resolve and resources. The Chinese apparently had one.

Mao lived and died without much thought for an ocean-going Navy. The riverine and coastal craft that supported China’s wars on land sufficed for him. However, the new China that was taking shape under Deng Xiaoping decided earlier on, that Aircraft Carriers had to be in their order of battle someday. This idea, born towards the end of the 1970s, was soon taken ahead in typical Chinese fashion, that stopped at nothing. They used everything. There was deceit, cleverness and hard work in fast forward mode.

Putting knowledge together was the first step. So, they got hold of Carriers from western and Russian sources, so as to study the two different schools of thought in Carrier design that existed then. The first was HMAS Melbourne in 1985, bought from Australia as scrap, ostensibly for breaking. The half trusting Australians, though took care to ensure that the ship was not used in the future, did not remove important flight deck equipment like the mirror landing system, steam catapult and arresting equipment on board. The Chinese took these out for study and replication. It is also believed that the deck, or its replica, was used on land, to simulate a Carrier to develop aircraft for Carrier operations. The ship itself was also studied in detail for its design. Incredibly, even the initial steps were taken, to train and groom a set of aircrew who could command Carriers in the future. All this and the initial landing and take-off from the land-based deck happened by 1987. The frenetic pace showed supports reports, that their initial plan was to start building a Carrier in 1992. However, it didn’t happen, apparently because they weren’t happy with the level of technical prowess they had acquired. Very professional, that.

After a brief attempt in 1995 at obtaining information on Carrier design from Spain and France, they bought Minsk and Varyag from Russia in 1998 and Kyiv from Ukraine in 2000. Sensing the intentions of the Chinese, the Americans offered to help China develop Aircraft Carriers in 2007. Naturally, the offer was rejected. The Chinese could spot the strategic minefields that lay in that particular route to developing a crucial platform like an Aircraft Carrier. The Chinese wanted only in-country skills.

The rest of the story, is a typical Chinese one, of breathless effort. They rebuilt and operated Varyag, now Liaoning, initially as an aviation training ship from 2012 and then announced its operational status in 2016, making it China’s First Aircraft Carrier. But by that time, they were already building their second one, which was commissioned on 17 Dec 2019. An array of aircraft too, which were under development parallelly, underwent clearances for deck operations. Meanwhile, they started building their third Carrier in 2017, which is reported to be slated for entering service in 2025. A fourth one too seems to be already on the way, with several more to follow.

The deliberate process of evaluation and knowledge creation the Chinese adopted took them through different kinds of deck arrangements, launch and recovery methods, landing systems and ship sizes. And all this, in a short period of time. It has been literally up, up, and away, all the way.

There is misplaced opposition to Aircraft Carriers in some ill-informed or malicious quarters even today. Many reasons are quoted. Their vulnerability to submarines, the immense demoralising effect and loss of face the sinking of a Carrier could bring, competition from other services for a share of strained budgets, availability of land-based air power and the seductive promises of unproven sunrise sectors of warfare in the realms of space, cyberspace, information, unmanned autonomous systems etc.

However, Aircraft Carriers are still being built, even by the Americans, who already have the strongest Carrier capability in the world. Even the Chinese, who claimed a few years ago that US Carriers stood no chance against their Carrier killer missiles, are scrambling to make them. Surely they understand that the Americans too can produce ‘Carrier killers’. So, wasn’t the original claim simple bluster? At best, designed to arrest the Americans in their tracks, with some food for thought, while the Chinese rushed to finish building a few Carriers.

There is a good reason for the frenetic building up of Carrier strength in the world. The importance of having assured immediate airpower support in sufficient quantity on call, for Air Defence at sea is something only those who operate away from the shore will understand. Added to this are critical functions like ASW, ASuW, AEW & C etc, for which aircraft are invaluable. In some cases, aircraft are the only option. The deterrence they bring is invaluable. But what ranks above all these, is the national prestige accorded by the sheer possession of Carriers. Any country that aspires to be a strong maritime power, will have to have them.

Aircraft Carriers are not like other ships. They bring certain characteristics that place unprecedented stresses on navies not used to operating them. The presence of an Aircraft Carrier in a formation completely alters the very nature of the conduct of a force. As the Chinese rush at breakneck speed into operating Carriers, their sheer inexperience could pose dangers, to other navies at sea. That is probably why Adm Chris Grady of the US Navy cautioned the Chinese thus. ‘Lot of blood, a lot of loss of life, a lot of sweat and tears (are required) to make naval aviation work. We’ve got a huge lead and one that will continue to expand into the future. Go ahead and build that big ship, but to build the eco-system that is naval aviation that brings that ship to life – that’s going to take a lot of hard work and time.’

The Indian Navy is fortunate in this regard. From the time we acquired our first Aircraft Carrier in 1961, a mere sixteen years after WW II when Carriers first came to the fore, we have had a less continuous experience of operating these ships. We have even had some years when we had two Carriers operating in tandem. It will be a crime to let this go to waste. The knowledge attained in the last sixty years, combined with what we have learnt from building the new INS Vikrant, should be put to good use, to produce our next Carrier, indigenously. The approved strength of three Carriers is the bare minimum for the Indian Navy.

What is the right model to adopt, in developing indigenous Carrier aviation? Should it be a process-based one or a time-bound one like in the Chinese case? The Chinese model offers many lessons. While the diligence, focus and push for self-reliance is laudable, the haste shown may have pitfalls. There are even reports about people involved in the project dying from overwork and stress. The short cuts are taken and problems hidden to show time-bound results in a rigid and ruthless system, are bound to show their results someday. Safe and efficient operationalisation of the Carriers is bound to be tough. Even tougher, will be the development of skills to handle Carrier-based battle groups at sea and the systems to manage their affairs ashore.

The Chinese journey started with HMAS Melbourne, whose only two kills have been friendly ships. HMAS Voyager and USS Frank E Evans, in collisions. That may not be a great portent.