All for a Pinch of Salt 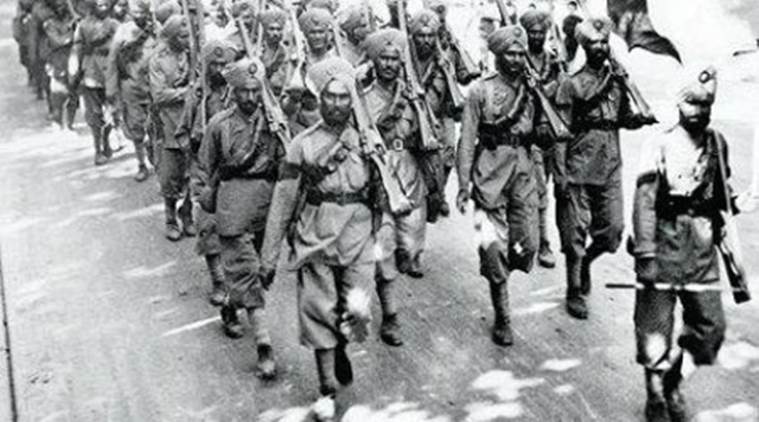 India’s contribution to the world has been told in a thousand stories from time immemorial. For every story told, there are hundreds more that remain unknown. This is one such story.

In the early hours of 06 June 1944, thousands of young men stared at the approaching beachheads in Normandy. The weather had turned foul and their commanders knew that it was too late to turn back. The landings had to proceed as ordered. They also knew that the Germans were prepared to welcome them with murderous fire. The invasion fleet was drawn from eight different navies, comprising 6,939 vessels: 1,213 warships, 4,126 landing craft of various types, 736 ancillary craft, and 864 merchant vessels. There were 195,700 naval personnel involved.

At 0630h, The American Second Army began landing on Omaha beach. The beach was taken, lost and retaken twice during the day with over 9387 American service men giving their lives for it. The history of the world was re-written by the sacrifices of these men. President Obama, paying tributes to these men on the 70th anniversary of landings at Normandy described the Omaha as “Democracy’s Beach”, to the cheers and tears of thousands of French and American veterans who had gathered to observe the day. He was right when he said that these men had come to protect the liberty of people whom they had never met. And a grateful France remembers them and honors their graves as its own children’s. President Obama had also paid glowing tributes to the British, Canadian, Australian and New Zealand troops who co-wrote world history on that day.

While the American soldiers in Normandy were writing history with their sacrifice, elsewhere in West Asia, Africa, Italy and the Far East, two and a half million Indian soldiers had already created history for the British Empire. 87000 Indians gave their life to “protect the liberty of people whom they never knew” – in President Obama’s words. India contributed 1200 million Pound Sterling to the British war effort, apart from paying for all the British, Indian, American and other ‘foreign’ forces stationed on Indian soil to fight the Japanese and to assist the Chinese. The hidden cost to India was even more – take for example 1.8 million tons of wood (mostly saal) from Indian forests that was used by Britain for army purposes all over the world or even the 400 miles of railway tracks taken out with their wooden sleepers for relaying in West Asia and Africa for the British campaign. India which started with just 350 million USD ‘debt’ to Britain in 1939 had USD 1.92 billion in debt at the end of the war!! History is witness to the truth that the Allied victory would not have been possible but for the huge sacrifices that India made, albeit as a ‘slave’ of the Empire.

Despite the truly selfless sacrifice of Indians in the war that is being described today as the war for liberty and democracy in Europe, it is sad that not a word has been said about those valiant Sikhs, Gorkhas, Rajputs, Madrasis, Mahrattas and Bengalis who are buried in the sands of time. These men, poor peasant children from humble backgrounds in India, are neither heroes like those Americans in their native land; they were not considered saviors of mankind for they were from a ‘colony’; they are forgotten in their own land for they died far away.

They continue to be, wherever they are, unheard-unsung-unknown, all for a pinch of salt.