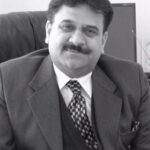 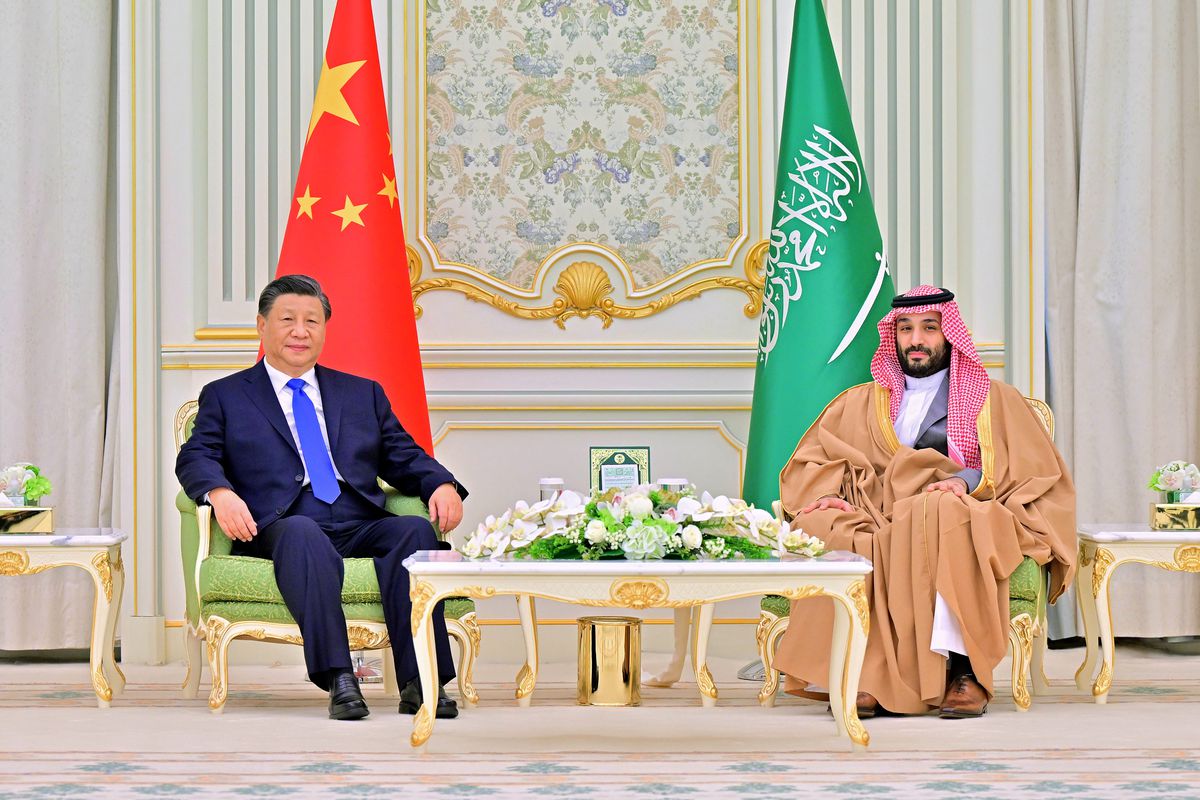 Arab-Sino relations have become significantly warmer since the recent visit of the Chinese premier to Saudi Arabia.

The COVID-19 pandemic has been a major challenge for China with unprecedented lockdowns and occasional horror stories of the origins and spread of COVID-19 and the way it has been dealt with leading to nationwide protests which have been partially successful in achieving the winding down of excessive COVID-19 restrictions. President Xi Jinping, emboldened after being crowned the third time by the 20th National Congress of the Chinese Communist Party (CPC), did have the taste of people’s ire and his own limitations as the Chinese economy was also being hurt and a downward trend was being noticed. During the three years of the self-imposed quarantine of his own volition President Xi Jinping only ventured out thrice starting with Shanghai Cooperation Organisation (SCO) Summit when Iran was admitted and Saudi Arabia, Egypt, and Qatar became the dialogue partners; G20 in Bali when he was able to meet many leaders including Biden in his backyard; and most significantly his second visit to Riyadh in December 2022 when a bilateral, GCC (Gulf Cooperation Council) and the Arab summits were held with the participation of key satraps from the region. His visit to Riyadh is often being compared to the uncomfortable one by US President Joe Biden (in the backdrop of the rancour and recriminations between the Saudi and US leadership) in July this year in terms of pageantry and depth and outcomes. Sino-US geostrategic competition and the potential for conflict are very real especially as the transitional global order remains in dangerous flux. Riyadh and the Arab world wish to exercise their choices.

In 2016, before his first visit when he also went to Cairo and Tehran, an important ‘Arab Policy ‘Paper was published which placed the strategic Middle East on the expanding tracks of the Chinese BRI (Belt and Road Initiative). Trade and investments have continued to grow. China’s quest for energy security and maritime chokepoints dictated a dense approach to the oil-rich region through its 1+2+3 matrix. It encompasses energy cooperation at the core including related infrastructure; construction, trade, and investment facilitation; and innovative and new technologies including in space, renewables, and nuclear. Collaboration has further expanded in defence and security as Beijing has been readily meeting the regional leaders more than half the way. No wonder it has successfully been able to assiduously manage the intra-regional rivalries and has reaped the benefits from Tehran to Tel Aviv in critical infrastructure and economic engagement.

There are some factors that have been exploited by China to the hilt. The growing perception in the region that post ignominious exit from Afghanistan, Washington DC is probably retrenching its security cover to focus on the Indo-Pacific. Their fears have been cemented by the free-flying infringement and drone and projectile attacks by the Iran-backed Houthi militias on Saudi and UAE energy infrastructure and the lack of adequate US response. Secondly, Biden Administration‘s efforts to revive the Iran Nuclear deal (JCPOA) without taking Israel or Arabs or their concerns on board added to their anxiety yet again. More importantly, the Chinese dependency on Middle Eastern oil and securing it is an important dimension and necessity especially as the USA has more or less become self-sufficient and a competitor to the hydrocarbon producers of the region. Chinese agility to fill the void and be present rather fast helps. Moreover, China’s policy is devoid of value judgments, prescriptive and overbearing approaches to domestic issues, and non-interference, at least with the rich guys in the region, which plays out well with the leaders in the region who are still fighting with the impact of Arab Spring and the pandemic.

The Arab and Gulf countries also don’t want to be taken for a ride and want to diversify not only their economies but also their strategic and diplomatic choices through greater strategic autonomy while putting their stakes in their markets in Asia – like China, India, Japan, and South Korea. Hence the Chinese approach gels rather well with the Arab World’s ‘Act East Policy’. Spreading the risk and being pragmatic is the mantra as the Eurasian War is unfolding a highly uncertain geopolitical scenario. Smart utilization of resources for accessing influence and serving the national interests is becoming the modus operandi of West Asia and others in an unusual predicament when weaponization of financial instruments, energy, food, and fuel has become the new currency and Cold War 2.0 is on the anvil. It is against this backdrop that the visit of President Xi Jinping has acquired greater significance.

Apart from the high-level interactions and political assurances during the three summits, 34 MoUs and Agreements of over USD 30 billion were signed for long-term cooperation in diverse areas from Huawei’s 5G rollout to cloud computing to space and satellites, to renewables and green energy to refineries and connecting digital economy with traditional oil industries to missiles or defence manufacturing, infrastructure to health, to projects in the dream city of NEOM, etc. A regional centre for Chinese production facilities has been envisaged so as to plug into the value and supply chains. This is also in accordance with the Saudi policy of giving contracts to companies based in the Kingdom only. Cultural exchanges and soft power projection, with Mandarin being taught in schools and Mecca-Media high-speed Railway link, are going to be the key to a P2P connection as the two sides underscored the historic connection even though formal diplomatic relations are not that old. Not all details were clear for obvious reasons but the contours of the Comprehensive Strategic Partnership have been deepened and expanded. At the same time, Saudi Crown Prince Mohammed bin Salman’s Vision 2030 for making the Kingdom modern and hopefully reformed was aligned with the objectives of the BRI which says a lot about the future trajectory, if carried forward with the anticipated vigour by both sides.

As for the real takeaways, the Riyadh Declaration and discussions during the various Summits spell out and underscore the future and focused trajectory of Chinese engagement in the region. But for the Arab countries especially Saudi Arabia the Iranian file and factor are important concerns that were called out and adequately addressed given the Chinese proximity to Tehran and the proverbial USD 400 billion strategic partnership deal with them. No wonder the Chinese Ambassador was called by the Iranian Foreign Office to explain. It is not easy to wade through the sensitivities of the rivals rowing in different directions. But China wishes to play a key role in the regional security architecture as it also fielded for the Palestinian cause.

Chinese eked out the unqualified reiteration of the ‘One China Policy’ as the Taiwan straits and US interest in the Indo-Pacific which Beijing finds uncomfortable and toxic. Moreover, the Chinese were able to ensure and buy out the silence of the Arab world on the plight of Uyghur Muslims in China. In fact, they got patted for deradicalization. Likewise, terrorism was not such a big issue as Beijing continues to protect the international terrorists hosted by Islamabad even though ironically both sides agreed to strengthen counter-terrorism efforts and reject “double standards” in the fight against terrorism. Beijing was also able to garner Arab support for its new flagship projects i.e. Global Development Initiative and the Global Security Initiative – the two sides agreeing to make all-out efforts to build a China-Arab community with a shared future in the new era.

All in all, the two sides can feel happy as mutual interests have been taken care of irrespective of Sino-US complexities. Saudi Arabia may not overtly take sides but can surely speak of having options. No wonder the Saudi Foreign Minister reiterated that “we do not believe in polarization or choosing between one partner and another… The Kingdom’s economy is rapidly growing, and we need all partners.” For the time being China is not looking to replace the US as the security guarantor in the region nor is it fully capable but is surely carving out a long-term goal and a definitive role in the regional security architecture through the “String of Pearls and Ports and other mechanisms. Countries like India which are close and dependent on West Asia would do well to analyze the Chinese trajectory and craft their holistic strategies for the region.

Ambassador is currently the Chairman at Confederation of Education Excellence. An Indian diplomat for over three decades. Worked as Trade Commissioner in New York and Deputy Head of Mission in Sweden, Russia, and Nigeria. He has also served as India’s Ambassador to Jordan, Libya, and Malta.