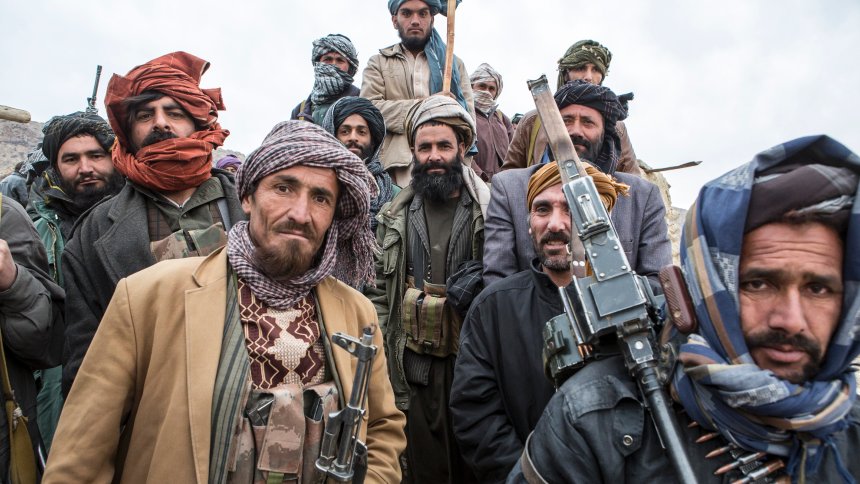 Crisis in Afghanistan is becoming more complex. Ordinary Afghans bear the brunt of Taliban and ISIS attacks and die in scores. America is in a retreat even as it is scrambling to withdraw its troops from the war-torn country. However, the new Biden administration has made it clear that it will overhaul the entire Afghan strategy to ensure a more sustained counterterrorism operation to sustain the pressure on Afghanistan. Time for New Delhi to up its game.

The new Biden administration has put on hold the incumbent strategy on Afghanistan and has called for the reorientation of the Afghan peace accord, time for New Delhi to step up its game

The last one year saw a lot of developments in Afghanistan. On February 29, 2020 the Afghan insurgent group Taliban signed a peace accord with the US government under which all US troops will leave Afghanistan by May 2021 and in return the Taliban has promised to not allow Afghanistan to be used as a safe haven for jihadist groups, this agreement raised hopes of permanent peace in the worn devastated country torn asunder by sectarian strife, geopolitical tussle and civil war. However one year down the line the hope of the Afghan people that the light is finally visible at the end of the tunnel has proved to be a mere façade.

Violence has increased manifold, with almost daily bomb blasts, assassinations, attacks on military targets and attacks claiming the lives of innocent Afghans, the Afghan government is helpless and unable to cope with the situation and is looking to be on the verge of collapse. ISIS has bolstered its strength and has displayed the power to strike at the heart of the Afghan capital on military and civilian areas. The new Biden administration has announced a fundamental shift in the policy vis-à-vis Afghanistan. It looks as if Biden administration is trying to change the status quo on the ground.

The subtle action of reviewing the peace deal in Afghanistan is a sign of a new policy in Afghanistan. The US is clearly concerned with the deteriorating law and order situation in Afghanistan as well as the growing might of the ISIS-K which has challenged the legitimacy of both the Afghan government and the Taliban. If these indications are anything to go by then the new American dispensation can follow a three pronged approach-

Firstly, recommit US troops in massive numbers to eliminate the menace of both the Taliban and Haqqani network insurgency, at the same time the Americans can provide more training for the Afghan troops and if necessary the ordinary Afghans in the non Taliban controlled areas to bolster their defence against the Islamist militants.

Secondly, intensify reconnaissance warfare against the militants by ordering an increase in the number of drone and other precision strikes to eliminate potential militant hideouts which can pose a threat to the ISAF troops.

Thirdly, bringing Pakistan to notice, the fact that the killers of the Wall Street journalist Daniel Pearl were acquitted by the Pakistani Supreme Court is a glaring evidence of the travesty of justice on the part of Pakistan’s judicial system. The US president Joe Biden has ordered the termination of all arms transfer to Saudi Arabia in its gruesome military campaign in Yemen, this could be an indication that the US is likely to base its foreign policy with the promotion of human rights like the Carter administration, Pakistan could be in trouble over this stance.

Fourthly, increasing fiscal support for the already cash strapped Afghan government but at the same time demand accountability for the earlier help that they received albeit in a surreptitious manner.

This paradigm shift in America’s Afghan policy provides New Delhi an opportunity to change the status quo on the ground. Avinash Paliwal in his great book My Enemy’s Enemy has argued that since 2001 India has provided more than $3 billion in aid and developmental projects as a result of which India has earned the goodwill of ordinary Afghans. India should not let go of this opportunity to change the situation in its neighborhood. New Delhi needs to take some steps which include-

Deploying troops on the ground as a part of the UN peacekeeping missions, India has gained reputation around the world for the wonderful manner in which Indian troops in its various deployments to bring peace to war torn areas in other parts of the world, be it during the Yugoslavian civil war or in war torn Iraq. India needs to increase the troop commitment in order to enforce peace in Afghanistan while not taking sides in the war.

India also needs to change its policy with regard to the engagement with Taliban, instead of recognizing the militants India must go on the offensive like providing tacit support for allowing the US to make use of the LEMOA agreement for the replenishment of US troops. India can also conduct a few precision strikes against Islamist militant targets, although it would constitute a violation of Afghan sovereignty but India needs to do this in the larger context of protecting its own homeland and ordinary Afghans from the clutches of the Haqqani network, ISIS etc.

India needs to also bring Pakistan to justice, it is high time that the international community especially China stop supporting the state supporter of terrorism and unanimously impose punitive sanctions under the ambit of the FATF.

New Delhi should waste this opportune moment and must seize it at the earliest, because bringing peace to Afghanistan will not only help India in winning the great game in Afghanistan but will also bright prospects for New Delhi in a country like Afghanistan which has vast untapped reserves of natural resources and the appetite to develop inclusively. As Sun Tzu famously observed “let your plans be dark and impenetrable as night, and when you move fall like a thunderbolt”.