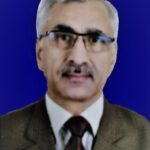 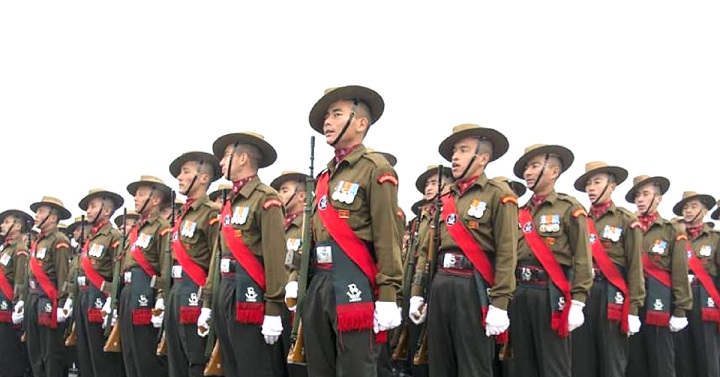 For centuries the hearth was an integral part of a home, usually, its central feature that the importance of the hearth made it metaphorical of a home as in the phrase “Home and Hearth.” Hearth refers to a fireplace and the area all across for family members to collect around it with religious and cultural corollaries. In fact in the Indian society, it symbolises to keep the home fire burning and protecting the entire family from any bad omen.

Since long the coercive salami slicing of the Indian Territory perpetrated by China reminds of a shloka from Mahabharata, “Paritranaya sadhunam vinasaya cha duskritam dharma-samstha panarthaya sambhavami yuge yuge”. It is this belief in the shloka as a result of Chinese belligerence that additional force requirement was projected by General Bikram Singh, PVSM, UYSM, AVSM, SM, VSM, ADC the 25th Chief of Army Staff of Indian Army. Brahmastra Corps was thus coined as a Strike Corps with the aim to create capabilities to discourage China’s protracted aggressive behaviour along the 4057 km long Sino-Indian border. It was however left incomplete.

Evolution of Indian and Chinese soldiers

The illustrious history of the Indian Army is more than ten thousand years old. The Indian Army is an offshoot of its ancient traditional history when seen through the prism of grand epics of ‘Ramayana’ and ‘Mahabharata’ which founded the fundamental framework of its structure. In one of India’s ancient scriptures the ‘Yajurveda’, peace forms the very core of Indian philosophy. Wars were fought only to uphold “dharma” and when peace was threatened. Consolidation of the ethos and ethics of State forces like Marathas, Ahoms, Jats, Rajputs, Punjab, Sikhs, many other princely states and INA into the Indian Army was the hallmark of its evolution to the contemporary arrangement. The multi-cultural, multi-ethnic and multi-religious Indian soldiers are highly secular and emotional by nature, courtesy “unity in diversity”. Their dedication to duty, loyalty to the nation and willingness for the supreme sacrifice are driven less by material considerations and more by an overwhelming urge to earn love and respect of their countrymen. It was the cognitive psychology of an Indian soldier build over thousands of years under slavery, colonialism and belligerent environment around it that cultivated his loyalty to the nation. On the other hand, to fetch political victory within the state, Mao had tailormade his PLA as its name suggests. However, continuing the same when it has lost the significance of its original name is the beginning of the end of the PLA. The Chinese party and half-trained non-nationalist’s “one-man party” followers who owe their allegiance to the political party rather than the nation knew the outcome if and when they faced the diametrically opposite Indian troops. This forced the Chinese to draft the LAC rules of engagement and CBMs biased in their favour after 1967 Cho La, 1986 – 87 incidents at Sumdrongchu and now five-point agenda after Dokhlam and Eastern Ladakh rejoinder. No matter what modernisation China carries out in its armed forces until it ensues to correct the basic purpose of the existence of its Army i.e. to defend their own territory rather than snatch others, they will be no match for the Indian troops and this principal asymmetry between their and our armed forces will continue to be the Chinese Achilles heel.

Compulsory enrolment for service in a country’s armed forces existed probably since the Egyptian Old Kingdom during 27th century BCE, also followed in Prussia, Switzerland, Russia, US and other European powers. The largest colonial power Great Britain also couldn’t escape establishing the first from 1916 to 1920 known as Military Service, the second from 1939 to 1960 called National Service. The Chinese also seem to follow the conscript model for their soldiers, NCOs and officers which has not augured well with the requirement of present-day socio-economic balance between demobilised soldiers and their civilian counterparts in spite of best efforts of CCP, CMC and other departments of the Chinese government. India too follows a successful modified model of conscripts in the form of Territorial Army, but with different aims and objectives.

The British Raj besides doing infinite harm to India’s National Comprehensive Power including plummeting its GDP from 23% when they arrived to just about 3% when they left India also allowed precious Indian Territory to be nibbled by neighbouring countries especially Northern borders of India along with Sahidula, Kun Lun ranges and Kailash Mansarovar etc. in the name of being indefensible. This attitude impaired development of infrastructure and integration of these states with the rest of the country. To optimise status of a nation-state, entrenching territorial stability at the critical moment of the transition to independence should have been ensured by the British who knew that nations are defined by the finality of their boundaries, but didn’t do so and therefore left it terra incognita to be settled later. This British mindset continued to be inherited by the Indian political hierarchy for long after Independence resulting in the present situation. Post-independence India did not pursue expansionism but only integrated the Indian nation-state and acknowledged the boundary under which it achieved independence. However, China and Pakistan revealed their territorial intents, especially against India. In the present scenario, it is imperative that the inclusive development of the Border States is prioritised and biased towards national security because it is vital to construct the boundary wall of a building before the main construction begins. Mere development of infrastructure will have no value if it cannot be secured from the Assassin’s mace. It is therefore pertinent to have force-multipliers in such people who would ensure safety and security of their own territory in line with the Home & Hearth concept.

To overcome the shortage of troops, keeping in mind the “Two-Front War” theory, inevitable physical occupation of territory by Infantry, the antiterrorist commitments of the Indian Army increasing in other parts of the country, understated writing on the wall towards the border with Nepal and in addition India’s obligations towards the developing geopolitical security environment corresponding to its stature, it would be hazardous to follow old tactical nuances of relocating or re-organising troops from one part of the country to the other. Coming to the Brass tacks, it is imperative to raise additional infantry battalions for ab initio deployment in specific border areas of Arunachal, Uttarakhand, Kumaon and Ladakh as a permanent measure. India having comprehended the irresponsible and coercive nature of its neighbours should immediately redesign its strategy prudently and legitimise sons of the soil to forbid Chinese terrestrial terrorism. This will not only help further integration of the Border States which were so far neglected but also showcase posturing of the local population to quarantine the Chinese suo moto within their own territory. The border areas defended by the sons of the soil will dissuade the Chinese to carry out any transgression on the Indian Territory as a permanent solution. It is the sine qua non that we alter our enemy’s belief of “the best India can do is to reinforce its position in the vicinity of the provocation by re-locating troops from elsewhere”.

India has the third-largest international border in the world after China and Russia, it is also the most sensitive border of the world that encompasses varied terrain, extreme climatic conditions and infiltration. India has about 15106.7 Km of land border out of which approximately half is in hilly/mountainous terrain and most of it borders enemy countries. “Mountains eat troops” a maxim in mountain warfare, when correlated with the Indian terrain, length of the border with neighbouring countries, threat perception, troops to task and tooth to tail ratio, stipulates Indian Army’s requirement of troops.

Geographically these borders necessitate adaptation to multidimensional terrain especially the high-altitude and glacial areas along our frontiers with China and Pakistan, foisting the most difficult situation of mandatory time-consuming acclimatisation. Notwithstanding exemplary training of an Indian soldier from any part of the country, local inhabitant will obviously face such conditions with relative ease and act as a force multiplier. The nation cannot afford to repeat the strategic mistakes of the past. Additional forces have now become an operational imperative for this theatre. To overcome this situation, nothing better than Home & Hearth battalions akin to Ladakh Scouts with modified modus operandi, aims and objectives should be raised to supplement the existing ones to trigger “Consummating the Partial Brahmastra”.

Col (Dr) N K Chhibber (Retd) served Indian Army for 34 years. He is from the Sikh Light Infantry. He holds a Doctorate degree from Chaudhary Charan Singh University on “Sino-Indian Strategic Relations: An Analytical Study, 1962-2010”. He is a member of the Institute of Defence Studies and Analysis. He has written many articles on strategic issues and is presently focussed on Ladakh.