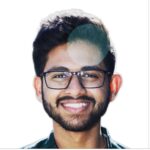 Rapid integration of cutting-edge technologies and the development of weapons, the kind that the world has never seen before, has rewritten the tactics of warfare. With disruptive technology being at forefront of this massive change, countries are now entangled in a race to see who come out on the top with the latest and greatest technologies. This study focuses on the changes brought forth by the advent of disruptive technology, the presence of India in this colossal race and how India plans to tackle the threats brought forth by these changes.

Disruptive technology, as the name suggests, is the introduction of new practices or novel ideas that completely alters the existing norm. Although coined in the late 1990s, the practice of disruptive technology is one that has been prevalent throughout the history of mankind. From democracy disrupting tyrannical monarchies, and guns disrupting bows and arrows, to horse breeders being obsolete thanks to automobiles, mankind has constantly pushed itself to break boundaries and rewrite existing standards.

Disruptive technology has become an integral part of our society. Our lives revolve around the latest inventions that are being brought into the market. A country’s development hinges on the amount of investment that it has put into researching and developing ground-breaking innovations and technologies. With the rapid introduction of novel concepts and ideas, the quality of life has significantly improved, but so has the competition between the countries to establish themselves and to stand apart from the rest.

This massive competitive spirit can be witnessed in the field of defence and protection. A country’s army represents its might and wealth, and to this extent, superpowers have been established all thanks to the colossal development that their respective defensive arrays have experienced. And the major contributor to this development is none other than the introduction of disruptive technologies.

As of 2020, India is ranked 4th out of 138 countries considered for the annual GFP (Global Firepower) review. With over 1,444,000 active personnel and an arsenal consisting of over 500 combat aircraft, 40 plus warships and nearly 150 nuclear warheads, India’s military might is one that would leave most countries in the dust. With an annual budget of just under $67 billion, India has poured in massive reserves to ensure the safety and security of its citizens.

But no longer is warfare decided by the age-old tactics that have dictated the battleground. Militaries and militias all around the world are now adapting to the ever-changing norm and to this extent have brought in weapons, the kind we have never seen before. One might think that this development is isolated to State actors, but a quick glimpse into recent attacks by non-State actors across the world quickly rebuffs this statement.

One such example is the attack on Saudi Arabian oil facilities by a swarm drone strike in September 2019 which was then claimed by the Houthi rebels in Yemen. With 3-D printing now coming into the fray, the acquisition of parts and drones have become easier and thus have made the smuggling of weapons and ammunition across borders more feasible.

India, now on its way to become a superpower, too faces threats from State and Non-State actors, most of whom have integrated disruptive technologies into their arsenals. China has emerged as our biggest potent threat. And a major aspect of their military might comes from the investment that they have put into their R&D sectors. They have poured in so much, that Chinas R&D allocation has now grown into 20% of the world’s R&D allocation. And to top it off, China is now the largest exporter of advanced military equipment to Pakistan and they have been doing at a marginally subsidised rate.

These efforts by China to put pressure on India, have now forced our government to take active measures to assimilate existing disruptive technologies to strengthen our defences. This was brought to public notice by the Indian Army Chief General MM Naravane, as he addressed a seminar on the “Impact of Disruptive Technologies on Our Fighting Philosophy in Future Conflicts”.

Disruptive Technology and the Future

With our rivals now heavily investing in cutting edge disruptive technology, India too needs to shift her focus towards the modernisation of her armed troops. With the advent of modernisation, not only would our efficiency increase, but the chances of cost-effectiveness increasing are also highly probable. Modernisation, albeit sounding simple, is not a single-step process. It would entail the up-gradation of hardware, integrating breakthroughs in technology to the already existing norm, and also adopting a refined acquisition process.

Artificial Intelligence: AI technology can play a key role in warfare, using an ideal combination of surveillance, planning, machine learning, and analysing the massive hoard of data, ultimately letting us automate the process of decision making. Although this goal may sound pretty on paper, the realistic efficiency is still not quite there yet. AI has found yet another use in creating smarter and autonomous Unmanned Vehicles. Not only do these vehicles greatly simplify the process of reconnaissance and surveillance, but they also allow us access to conditions which would normally be inaccessible otherwise. UAV’s are being deployed more often, and they have the potential to wreak havoc at enemy bases without the loss of life, an issue that has plagued the battleground for decades.

Hypersonic Weapons: Hypersonic weapons are being more and more prevalent, especially with the introduction of its two variants. One being the cruise variant (altitude capabilities up to 100,000 feet) and the glide variant (altitude capabilities above 100,000). With hypersonic weapons capable of achieving speeds 5 times the speed of sound, they find their utility in striking their targets with high precision and speed. Although China, Russia and the US currently lead the race with Hypersonic Weapons, India too joined this race in 2019 with the Hypersonic Technology Demonstrator Vehicle (HSTDV).

Directed Energy Weapons (DEW): With countries not being content with just the hypersonic weapons, the development of DEW’s took precedence. DEW’s use millimetre, micrometre, and electromagnetic waves to carry out various functions ranging from destruction of electrical equipment’s to even crowd control. With the US being one of the pioneers in deploying DEW’s, China too soon followed suit and deployed their array of DEW’s. The DRDO, here at India, have established Centre for High Energy Systems and Sciences and the Laser Science and Technology Centre for the deployment of DEW’s, but the production of a much-awaited deployable weapon is still in the process.

The author will highlight the balance disruptors in the next part of this article.

Yadhu Krishna Menon is a Research Associate under training at Defence Research and Studies with a great passion for military technologies. He is a Mechanical Engineer by profession. He is a qualified content developer and a creative scriptwriter.