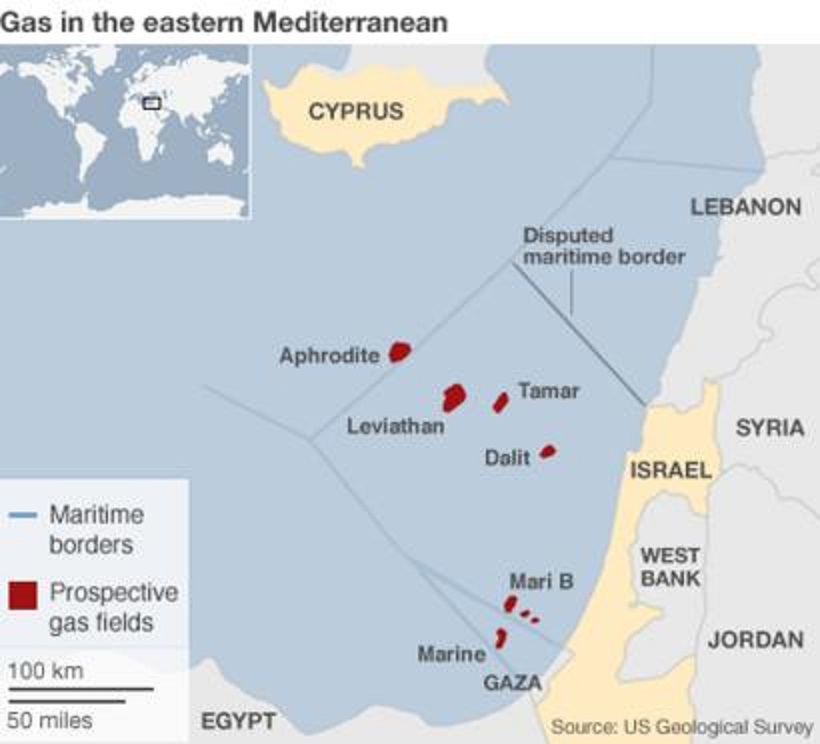 The global demand for energy has shaped the international system as it provided the actors with varieties of opportunities like socio-economic developments. The undiscovered barrels of gas in the Eastern Mediterranean region could create a shift in the energy sector of the world. The quest for energy has been subjected to politics and rivalries which have limited the investments in the region. Contestations between the countries in the region never compromised on their expedition for energy resources. The region offers many attractive ventures for investments with the establishment of gas fields to extract oil and natural gas. Exploration of energy will open new avenues for the region as well as for other energy-dependent countries especially the European Union countries which depend on natural gas from Russia.

Geopolitical theorists like Nicholas Spykman, have predicted the abundance of energy resources and the advent of industrialisation that will follow in the region. The region includes Cyprus, Israel, Lebanon, Greece, Jordan, Turkey, Syria, Egypt and Libya. The major actors involved in the energy exploration are Israel, Egypt, Cyprus and Greece and each of these players owns gas fields – Leviathan, Tamar, Zohr and Aphrodite.

There are eight significant basins in the region- Levant basin, Latakia basin, Cyprus basin, Nile Delta basin, Eratosthenes High, Western Arabian province and Judea basin. Natural resources have built an era of opportunities in the Levant basin amidst tensions and conflicts. The estimates of undiscovered energy resources are 1.7 billion barrels (oil) and 122 trillion cubic feet (natural gas), according to U.S. Geological 2010 Survey Report. The apprehension if proved could serve the demands of the region for almost two decades.

The huge possibilities associated with the investments in hydrocarbons concerning security-related discussions have fostered countries to cooperate on this behalf as lack of cooperation could further escalate the tensions in the region. Experts like Ian Bannon and Paul Collier have stated “close to fifty armed conflicts active had a strong link to natural resource exploitation, in which either licit or illicit exploitation helped to trigger, intensify, or sustain violence”. Nevertheless, cooperation in the region would help to augment infrastructural connectivity, natural gas trade and satisfy the energy demands of the region.

In 2019, The Eastern Mediterranean Gas Forum represented by seven countries was established. This year countries like Greece, Greek Cyprus and Israel signed an agreement to transport 10 cubic metres of gas to Europe through Greece, to run the EastMed pipeline along with the three other pipelines and also regarding the construction of Poseidon pipeline. The EastMed pipeline will reduce the distance and create connectivity between two regions- Europe and Cyprus. This will foster the scope of energy markets also helping these countries to flourish economically.

The actors in the region’s energy dynamics are not limited to regional countries but also involves extra-regional powers like the United States, Russia and non-state actors (Multinational companies). The United States interest in the region’s natural resources can be two-fold – firstly, creating an alternative to Russian natural gas to Europe and secondly, weighing the balance against China’s initiatives like Belt and Road Initiative. However, the United States has emerged as an indispensable partner in the energy security of the region. Russian had a continued interest in the region as it has cordial relations with Greek Cyprus and Greece. The interest could be divided into two dimensions- firstly, the geographic location of Cyprus and secondly, the uncertain environment which would discourage NATO’s presence in the region.

The emerging energy discoveries is not a concern for extra-regional countries but is also a ‘breeding ground for investments’ for multinational companies like Noble Energy, Turkish Petroleum, Exxon Mobil, Israel’s Delek Drilling and Avner Oil and so on. The major player is Noble Energy credited with the first offshore discovery in 1999 surrounding the Levant basin. The company has a sales agreement with other establishments like Dolphinus Holdings for Tamar and Leviathan gas fields. Two Gas Sale Purchase Agreement has been signed between Dolphinus, Tamar and Leviathan partners for 64 billion cubic metres of natural gas during the period of 10 years.

The cooperation among countries in the region for common energy markets and infrastructural investment has been halted in the wake of Covid-19. The decline in the global energy prices led governments and private investors to reconsider its approach to energy sector projects. According to the International Energy Association, the pandemic has resulted in a downward curve in the energy demand graph as energy-dependent countries under full lockdown and partial lockdowns represent 25% and 18% decline, respectively. The other reason for the fall in global oil demand was the result of the Russia- Saudi Arabia oil war. Thus, trust in the sector is harmed due to the above developments.

The region’s post- COVID strategy is to expand its domestic infrastructure as the demand for energy will augment with the growing population. But will the regional cooperation for common energy market benefit these states? It could improve the economy of the regional countries and as well it could also reduce the tensions in the region which seems unrealistic with the pandemic. Nevertheless, there is hope for regional cooperation and security, tourism and environmental protection among the regional countries through the Eastern Mediterranean Gas Forum (EMGF) which was originally formed to address the matters concerning energy sector.

The emerging trends in the region considering energy discovery is speculative but proven could benefit in two ways: Satisfying the energy needs of European Union and improving regional cooperation among the Eastern Mediterranean countries ensuring their energy requirements. The sector requires continued interactions and dialogues between political actors, private investors to understand the market mechanisms, political and security dynamics and monetisation process. Hence, it can be stated, “Energy is an instrument for cooperation through discussions and a potential economic weapon”.