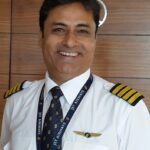 In September 2020, Defence Research and Development Organisation (DRDO) tested its Hypersonic Technology Demonstration Vehicle or HSTDV. During the test, the HSTDV attained a speed of Mach 6 for 23 seconds. Hurrah, India, had crossed a milestone and joined the elite club of nations with such a technology.

Today there is a race between nations to develop and demonstrate their hypersonic weapons to the world as if their life depends upon them. Is that true? We can’t fight a modern war without these weapons, or should hypersonic weapons be treated just like any other weapon?

What are Hypersonic Weapon Systems?

Hypersonic is a term used to describe any platform that can travel at speeds in excess of Mach 5 or 6174 kilometres per hour. Are those speeds unique? Not really. Modern missiles have reached hypersonic speeds since the days of Hitler’s V-2 rockets. In fact, the American design of the 70s, Minuteman III, Inter Continental Ballistic Missiles (ICBMs) achieve speeds in excess of Mach 23, and India’s Agni-5 reaches Mach 24.

Therefore the whole hype about modern hypersonic weapons is not just about extreme speeds. It is the combination of manoeuvrability, extreme speed, and unpredictable trajectory, without revealing their target until the last moment, making them all alluring and difficult to intercept. Hypersonic weapons in the fray are:

Are They Worth It?

There is no doubt that hypersonic weapons present an element of surprise and compress the response time within the Observe–Orient–Decide–Act loop. It is also clear that modern anti-missile systems are not capable of intercepting hypersonic vehicles. At least, that’s how their invincibility is usually advertised to the public. But the biggest question is — do they live up to the hype, and are they worth it?

Just like India, Russia and China have also tested hypersonic boost-glide weapons, the Avangard and DZ-ZF, respectively. India and Russia joint venture is also working on a hypersonic BrahMos platform. However, no nation has managed to field an operational hypersonic cruise missile to date. The United States claims to have tested Hypersonic Air-breathing Weapon Concept (HAWC) in March 2022. But nothing concrete has emerged out of it. So that leaves us with only the glide vehicles.

HGVs have some uphill engineering challenges that will require a hell of a lot of money to overcome, and despite that, some physical limitations will never be overcome. Therefore hypersonic weapons can’t do A, B, and C tasks. Instead, it is more precise to declare that HGVs can do A or B, or C tasks.

What are those issues? Let us analyze them one by one. The first issue is energy and speed. The gliders lose power and resultant loss of speed soon after the boost part is over. As they accelerate down to their target, they carry out manoeuvres. These manoeuvres result in increased drag, which mandates additional thrust to maintain speed. Even a scramjet engine can not compensate for this induced drag. HGVs, in any way, don’t have an engine. The more they manoeuvre, the more induced drag is produced, further lowering the actual speed of impact. This could certainly reduce the speed below Mach 5. This is a significant limitation. Now imagine the effect of manoeuvrability on the missile’s kinetic energy impact at intercontinental ranges.

Hypersonic weapons are slaves of extreme speed. The adverse effect of high speed is friction. The friction produces heat. The surface temperature of hypersonic vehicles exceeds 2,000°C. This would produce a line of ionized gas that could disrupt navigation signals, impacting accuracy. Even ICBMs have a circular error probable of 120 m. The HGV itself could avoid the detection, but the trail of the plasma would be visible on radars, space-based sensors, and even to large surveillance drones, and that is a very big giveaway. Therefore though the glider itself would deceive the detection systems, the low-altitude atmospheric flights expose hypersonic weapons hiding from surface-based radars behind the Earth’s curvature.

The cost of hypersonic vehicles is another big dampener. A Pentagon estimate suggested the United States Air Force HGVs may cost as much as $106 million a piece. Now maybe the Indian HGV might cost much lesser than the American one, but still, there is no comparison. An extended-range supersonic BrahMos missile costs $4.85 million. The Agni-5 ICBM will likely cost $6-8 million a piece. That means Indian forces could buy over 15 to 20 highly capable missiles in the budget of a hypersonic weapon. They can even buy a modern 4.5-generation fighter jet for the same amount, serving them for a couple of decades.

In April 2018, the U.S., U.K., and France fired 105 subsonic Tomahawk cruise missiles at targets in Syria. They also reported that the Syrian forces fired more than 40 interceptors at the inbound missiles without successfully destroying a single missile. Russia countered the news by stating they had intercepted more than 70 inbound missiles. Let us assume both sides are telling lies & the Syrian forces were able to destroy 50 percent of the missiles. Even then, it leaves us with huge numbers of missiles to overwhelm any radar system. Now Tomahawk costs just $2 million a piece. That means for the cost of one hypersonic weapon; allies could fire 50 subsonic cruise missiles.

Now don’t get me wrong. Hypersonic weapons are an outstanding achievement for any country and an engineering and scientific marvel. Harnessing such a technology demonstrates the technological prowess of a nation. However, one has to look at the usage of HGVs dispassionately. Why are the Russian hypersonic weapons not raining down on sensitive Ukrainian sites to make the victory quicker? The reason is simple, as we have discussed. They are prohibitively expensive, have engineering limitations, and are still in the evolutionary stage.

Most commanders consider hypersonic weapons to be more tactical than strategic. However, the October 2021 Chinese Fractional Orbital Bombardment System (FOBS) changed the game. The hypersonic glide vehicle carrying the warhead stayed in low-earth orbit, circled the globe, reentered the atmosphere, and attacked its target. The warhead missed its target by 25 kilometres, but this was no mean achievement. Today China is far ahead of the United States, Russia and India in developing such capabilities.

Xi’an is a large city and capital of Shaanxi Province in central China. It is about 1400 km from India’s North East. A Nirbhay missile with an average speed of Mach .8 would take approximately 1 hour and 25 minutes to hit the city. An HGV travelling at Mach 10 would cover the same distance in under seven minutes. It demonstrates that an HGV launched from 1200 km gives the same reaction time as a subsonic cruise missile launched from 100 km.

India has taken a few baby steps in the evolution of hypersonic weapons. India needs to double down the road for a simple reason, and it is not Clausewitzian capability; instead, it is a Sun Tzu-inspired strategy, i.e., to win without fighting. Tomorrow’s hypersonic weapons would be utilized not to fight but to give improved deterrence capability to avoid a war.

Even the Chinese would be in a dilemma when using any such weapon against India. India should clarify that the launch of dual capability (conventional or nuclear) Chinese ICBM DF-41 against an Indian target would be assumed to be a nuclear attack. The tactical hypersonic weapon Starry Sky-2 (Xing Kong-2) used against Indian aircraft carriers would also be considered a nuclear attack. Therefore, India would retaliate, escalating the war into a nuclear one.

As I write, China is busy transferring many conventional platforms like Type 054A/P frigates, Type-039B submarines, J-10C fighters, and their repair facilities to Pakistan for obvious reasons. However, as of now, there is no need for them to transfer the hypersonic weapons to Pakistani soil because they work very well from the Chinese territory, covering all of the Indian territories.

To sum it up, hypersonic weapons alone can not resolve India’s security dilemma. At the same time, Indian agencies cannot take their own sweet development time as if it is the 70s. Rather hypersonic weapons have to be developed at double speed and utilized along with other new technologies like cyber activities, advanced submarine warfare, and space operations, as well as conventional fighting forces to win future wars.

Cdr Sandeep Dhawan served in the Indian Navy from 1988 to 2009. He was a Maritime Reconnaissance Pilot and a Flying Instructor. He has flown eight types of aircraft and has over 12000 hours of flying experience. He has served as Captain with Kingfisher Airlines, SpiceJet, and Jet Airways. In addition to the Indian Navy, he has served with IAF and the Indian Coast Guard. He is a geopolitical analyst and writes for various online websites and organizations. His personal website is insightful.co.in has a huge fan following and a very large viewership.