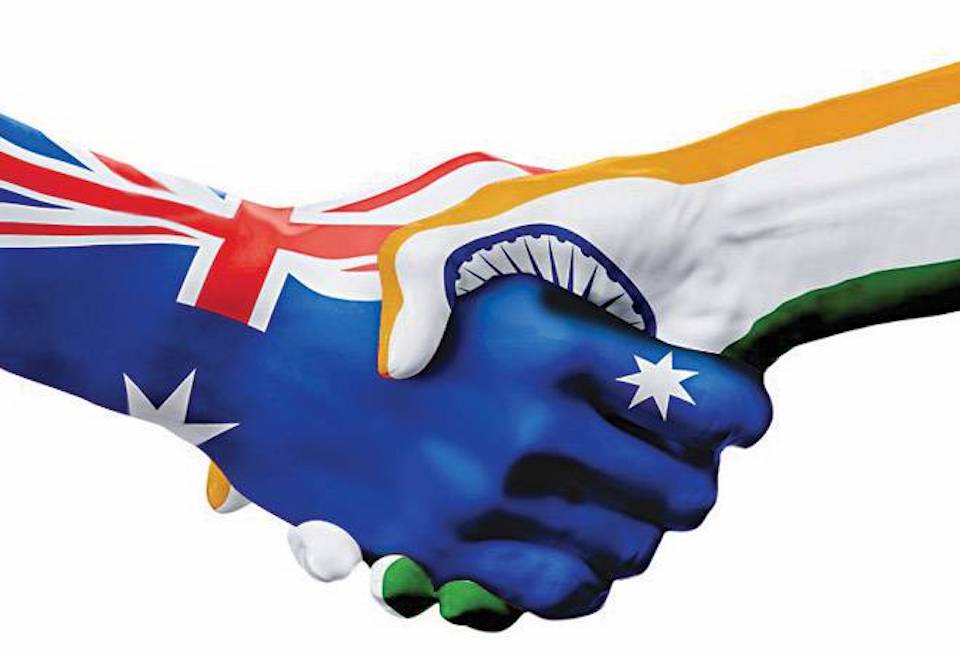 Resumption of Australia’s participation in the Malabar naval exercises strengthens the Quad (US, Australia, Japan and India), especially in the wake of  China’s attempts at economic coercion against Australia, land grabbing against India on the Line of Actual Control and other actions in the Indo-Pacific region which can best be described as bullying. Without undermining the importance of people to people ties as well as trade and education links between India and Australia, it is the realisation of the seriousness of the common threat faced by them that is driving this relationship to a new level. They face a China that is adept at “grey zone operations” and one that has mastered the employment of non-military and non-kinetic tools to gradually secure its revisionist interests. China has so far prevented escalation by operating under perceived red lines without aiming for any specific end result in any specific timeframe. In the past, China also shelved its traditional beliefs of being the “middle kingdom” and was often seen as ‘risk-averse’ and ‘image-conscious’.  However, recent events in a Covid-19 infested world indicate a China convinced and open about its centrality to the World and one that is increasingly confident of undertaking risky political, economic and military decisions. The one factor that remains a constant is the CCP (Communist Party of China) concern over its image, mostly within China but also in the World. Criticisms on Covid-19; human rights abuses in Xinjiang, Inner Mongolia, Tibet and Hong Kong; economic bullying; and undermining of global norms tend to therefore generate very strong reactions. China is likely to continue operations in the grey zone and the world will probably witness increased bullying through the employment of its Armed Forces.

India and Australia share common concerns about China. However, the strategic circumstances of these concerns are different. For India, the biggest concern is along the borders it shares with China, followed by Chinese collusion with Pakistan, and efforts to engage with countries in the South Asian and Indian Ocean region at India’s cost. These issues do not necessarily have any direct implication for Australia. Securing its democracy and sovereignty from Chinese interference, denying military space to China in its neighbourhood, maintaining global norms and managing the risks of great power competition in the Indo-Pacific region is at the heart of Australia’s concerns. In spite of India’s recent establishment of an Indo-Pacific desk in the Ministry of External Affairs and it’s looking east policy, it is still an outlier to events that take place in Australia’s neighbourhood. Given the nature of both nations’ concerns, joint naval exercises like Malabar statements made in the Quad, and collaboration in global organisations are only able to at best express shared interests and concerns. Translating these shared interests into actions that can put a check on CCP’s revisionist agenda is the need of the hour.

China has removed its shackles recently possibly because of increased confidence in its military and economic might. Their military capability has been carefully developed around creating a force capable of ‘winning information listed local wars’ and building asymmetric capabilities within a construct of what Chinese authors have stated as ‘unrestricted warfare’, which also encapsulates their beliefs on the three wars concept (media, psychological and legal). There are other factors that indicate China’s focus on information operations. In their recent white paper on China’s National Defence in a New Era, China has laid stress on the need for PLA to ‘complete mechanisation’ and the need to ‘improve informationisation’. Second, PLA’s concept of Integrated Network Electronic Warfare aims to dominate the information environment through disrupting an adversary’s ability to process and use information. Third, China has established a Strategic Support Force (SSF) in 2015 and placed it directly under the CMC (Central Military Commission), which is chaired by Xi Jinping. The SSF is responsible for synergising warfighting capabilities in the space, cyber, electronic and psychological domains, indicating that its primary role is of ‘information support and information dominance’ (ISID). This is the area where the bulk of China’s grey zone operations are likely to continue taking place. Both countries have witnessed enough Chinese cyber espionage and cyber-attacks to appreciate the significance of the ISID threat as well as its future portents. Information operations thus offer India and Australia a common platform to effectively collaborate and act in support of their shared interests.

Information operations to inform or influence states, populations, organisations etc are undertaken not just by states but increasingly by non-state actors. Unhampered by traditional boundaries or geographical distances, such operations can use emerging disruptive technologies to create complex security challenges. China has invested heavily in space, cyber and electronic warfare capabilities to influence the information environment or create kinetic effects on adversaries through niche disruptive warfare technologies.  Some of their recent developments cannot be ignored. Tracking, telemetry and command stations established by the SSF in Pakistan, Namibia and Argentina when combined with the almost global reach of its satellite navigation systems, give a huge reach to China’s C4ISR architecture. This architecture supports an increasingly modernised PLA  that regularly demonstrates or signals its technological capabilities, such as developing of suicide drones by China Academy of Electronics and Information Technology, deployment of drones for logistics by the PLA on India’s borders, deployment of EW units on China’s South-Eastern coast to target Taiwanese air defence systems, and developing of Artificial Intelligence powered lethal autonomous weapon systems. Of equal concern are Chinese attempts to control narratives and influence decision making in global institutions. While Australian and Indian primary security concerns may be separated by geography, it is in the information operations domain where this distance does not matter and where both can go beyond just shared interests to collaborate in joint actions against shared threats.

Besides China, there are non-state actors and terrorist groups such as the Islamic State and Lashkar e Taiba that both India and Australia are concerned about and which engage in information operations. Although actions by such actors have so far been in the area of propaganda, recruitment, communication, funding and limited cyber hacks, there is the potential of such groups seeking to exploit emerging off the shelf disruptive technologies to cause terror.  Targeting of Saudi oil refineries by a swarm drone strike in Sep 2019 by the Houthi rebels (as claimed by them) highlights the seriousness of this threat.