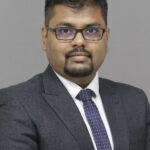 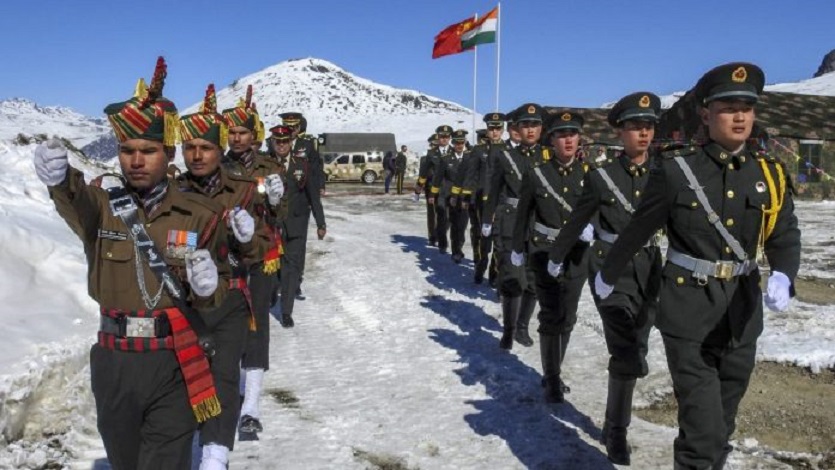 “Houston we have a problem”

Catchphrases have been common when it is a time to point that there is a crisis. Whether it be Hollywood or real life. “A day in infamy” marked the entry of US in world war 2 by Franklin Roosevelt. “We will fight on the beaches” marked close of Operation Dynamo and a resolve to fight to keep the ideals of Great Britain Alive by Winston Churchill. “I don’t have any doubt that India will be victorious” marked the beginning of the 1971 war with Pakistan by Indira Gandhi.

Not long ago our Prime Minister announced the lockdown– a phrase which became synonymous with a crisis which has no precursor in history. India is not unknown to crisis and crisis management but the challenges that we as a nation face today are multiple and unprecedented:

It seems that COVID has had a domino effect on India and the world.

A History of Crisis Around the World

As per Wikipedia – ”A crisis is any event that is going (or is expected) to lead to an unstable and dangerous situation affecting an individual, group, community, or whole society. Crises are deemed to be negative changes in security, economic, political, societal, or environmental affairs, especially when they occur abruptly, with little or no warning. More loosely, it is a term meaning “a testing time” or an “emergency event”.”

History has seen a lot of examples of such a domino effect in the past. The bard Shakespeare had elegantly put this in Hamlet – “When sorrows come, they come not single spies. But in battalions.”

The most quoted example of such a crisis is the Spanish Flu – lasting almost two years the influenza pandemic came amidst the world was at war on a scale never seen before. The outcome of the flu was a mammoth death toll of close to 100 million worldwide. And the damage that the war had caused to the international economy was of gargantuan scale. The crisis didn’t end there, it was followed by a series of revolutions and uprisings worldwide most noteworthy of those was the Soviet revolution of 1917 followed by similar revolutions in Europe, Egypt and Malta.

Another tumultuous time came not long after – The economic depression of 1929 pushed the entire world towards a tipping point, the worldwide GDP fell by 15% leading to a fall in international trade by 50%. It is safe to say that the world was closing its doors and was starting to operate in silos. Then came the most dreaded conflict in human history – the Second World War. Scholars have termed it as the deadliest conflict in human history that lead to the annihilation of almost 3% population of the world.

India has had its own share of crisis. As soon as we became independent, we had a country which had been devastated by years of plunder. The Second World War had also caused a toll on our economy – we were majorly dependent on agriculture which was highly disorganized and marred by the zamindari system. The advent of the British had almost destroyed our handicraft sector and had slowed the growth of Indian industry. On top of this, there was one of the biggest refugee crises caused by the partition. This was followed by Internal security troubles caused by communal tensions as well as the factionalism of the country due to the sheer high number of princely states. War was thrust upon us by our immediate neighbour to the west. There was also the important issue of defining the idea of India which meant drafting a constitution which will fulfil the aspirations of all Indians.

The most intriguing part of the crisis faced by India in 1947 was the opportunism adopted by our western neighbour. They clearly followed Sun Tzu by the book – “In the midst of chaos, there is also opportunity.” This has been the behaviour of nation-states since time immemorial. Kicking your enemy when he is down although unethical has been the strategy adopted by many.

A resurgence of this occurred recently, caused by our neighbor on the east in the Galwan valley region.

A Brief History of China

To understand the Chinese behaviour let us delve back into their history and understand the psyche of our eastern neighbour. China has had a centralized form of government which dates back to 150 BCE. China had been ruled by dynastic emperors until the arrival of the modern communist government.

An important part of Chinese history is the mandate of heaven. Simply put this is a sort of blessing from a God to rule the world. To maintain the said mandate the ruler has to have a sort of moral superiority as per Confucius. Confucianism became the cornerstone of Chinese society. The philosophy centres around the idea of a hierarchical setup where each person is respectful to the higher regardless of his behaviour – a concept summarized as Filial piety. The obvious premise here is that the father or the superior will behave respectfully. The goal of a man is to become a Junzi – a superior man.  The emperor has been portrayed as the father of his empire who should behave morally else, he loses the mandate of heaven.

To summaries Chinese society centers around the idea of obedience to an authority figure.

The onset of the 20th century was marked by the defeat in the opium wars leading to the emergence of a need for modernization brought on by the revolution of 1911-12. This rebellion would have been crushed if not aided by the army. A relative uneasy peace followed the rebellion which lasted till the death of Sun Yat Sen. A civil war broke out in 1927 which was instrumental in marking the rise of the communist government under Mao Zedong. This was short-lived as China was invaded by Japan leading to the support of the nationalist leaders by the US. The world was under crisis but communists saw an opportunity and started amassing support with the peasants. This was followed by the rectification program which brought over the intellectuals and students to the communist side. As soon as World War 2 ended, the communists defeated Chiang Kai Shek and exiled him to Taiwan and paved the way for the declaration of People’s Republic of China on October 1st, 1949 by Chairman Mao.

Thus, started a period of Democratic Dictatorship in PRC.

The period following 1949 was a time of centralization of power where anti-communist supporters were subject to humiliation in the society. In Guandang alone there was an execution of over 28000 people. This was also a period when there was a mass exodus of foreigners from China.

The outcome was the excessive weakness of capitalism and a firm grip of the state on factors of production. This strategy showed promising results in the beginning but sustaining that growth required an ideological change from communism to capitalism. Unwilling to accept this, the leadership started aggressive production campaigns like that of having a blast furnace in your backyard and paying for import of technology with the export of grains. The grain surplus was not significant and thus lead to starvation resulting in the death of over 20 million people from 1959 to 1962.

The disaster forced Mao Zedong to rethink his policies and the outcome was the Cultural revolution of 1966. This was launched with the intention of dismantling the old guard and revitalizing society. The outcome was far from expected – leading to persecution of intellectuals. But the cultural revolution did achieve consolidation of power for the communist government.

An important fact to mention here is that China has had in mind the idea of overwhelming its neighbours to submission which is quite consistent with the dictatorial ideology that it follows. This is evidenced from its behaviour in the South China Sea, Indian Ocean, Northern and North Eastern frontiers of India, Tibet, Xinjiang, Hong Kong, Taiwan and Bhutan.

And it has been time and again quoted by scholars that an expansionist China is a direct threat to India. And this expansionism manifests whenever China becomes strong – as quoted by Brigadier JP Dalvi in Himalayan Blunder.

The key facts to remember from the above analysis are:

The Indo-Chinese relationship is composed of varying degrees of complexity. The relationship has been marred by border disputes and clashes since 1950. There is a huge trade imbalance between both the countries, this is majorly due to the fact that China has become the manufacturing hub of the world.

To gain a rudimentary understanding we need to look at the strategic goal of both the nations.

China aims to accumulate “Comprehensive National Power” by being a dominant leader in economics, military, technology and diplomacy. This reinforces the idea of a historically centralized, heaven mandated, and expansionist nation.

On the other hand, the strategic goal of India has been to become self-reliant in all spheres of development and have a non-combating attitude towards other nations (this is mirrored in our No -first use Nuclear policy). India seeks to increase its diplomatic influence worldwide through negotiations and not muscle power.

China has had in its mind the idea of consolidation of all its territories this is evidenced from its dealings in Tibet, Xinjiang, Taiwan and the South China Sea.

The programs of BRI (Belt and Road Initiatives) and CPEC (China Pakistan Economic Corridor) are means to achieve the goals of consolidation of its energy supply chain to ensure nonstop power and fuel.

One of the most important strategies employed by China is the Salami Slice strategy to aid its expansionist interests. Coined by Mátyás Rákosi in the 1940s the strategy is essentially on of eliminating political rivals’ slice by slice slowly so that the opponent doesn’t realise that he has to respond until it is too late.

This has been quite clear in its dealings with India where it enters Indian territory on some historical or ideological reason and starts building military control in that area an observation cited in both Aksai Chin and Galwan Valley.  All the incidents start with a skirmish and eventually end in a standoff.

Linking Chinese History with their Actions

With all the data points now we have a clear picture of the events so far. Let us now conclude by linking their actions to their history

The Possibilities Now on

Revisiting Sun Tzu can help us equip ourselves with possible actions that China might resort to. In Art of War Sun Tzu states – “who wishes to fight must first count the cost”.

The question to be answered here is whether China affords an all-out conflict? The following data might help us answer this:

Clearly, the cost of an all-out conflict for China will be quite high in the current time.

The views and opinions expressed by the author do not necessarily reflect the views of the Government of India and Defence Research and Studies.

Ariit Sengupta Is a Research Associate with DRaS. He is an MBA graduate from IIM Jammu. He also holds a degree in Naval Architecture and Ocean Engineering from Indian Maritime University. He was engaged in R&D activities for three years at the Indian Register of Shipping. He is deeply interested in Economics, Supply Chain and International Relations. With diverse experience and interests, he understands that research is the prime mover for effective decision making.