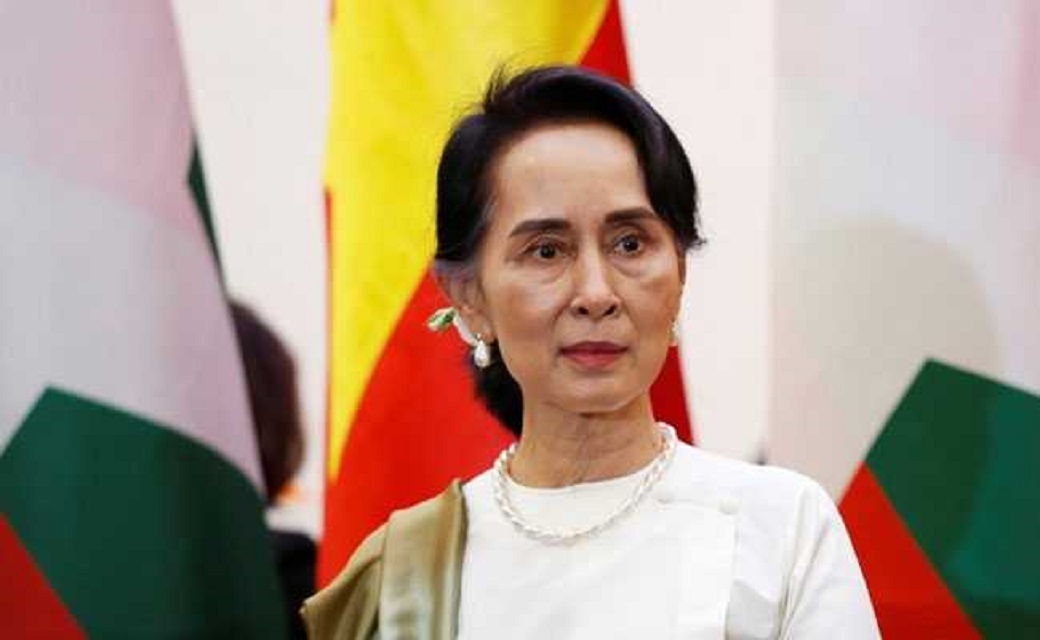 Democracy, it is often said is chaotic political system that tends to be cacophonic and inefficient, but over time especially since the 19th century onwards, democracy has proven to be the best form of government. In this context, the unfolding sequence of events concerning the coup and resultant crackdown on dissent in Myanmar assumes significance.

What is more significant is the fact that the woman who is the eye of the storm- Aung San Suu Kyi who has been the torchbearer of the democratic movement in Myanmar has been forced to stand on trial. She has been slapped with the charges of sedition which has evoked international outcry and a call for coordinated global action to help Myanmar restore democracy.

If any country which has been affected the most from these unfortunate events in Myanmar, it is none other than India- the world’s largest democracy, which is regarded as the torchbearer of liberal democracy in the modern world. While it was expected that India would take a firm stand against the erosion of democratic institutions and values in Myanmar, it was bewildering to notice that India remained a silent bystander even as hundreds of people were killed by the Tatmadaw to silence dissent.

What is more concerning is the fact that India has only issued a statement expressing “concern” at the events in Myanmar and called for the restoration of democracy. This is not just a travesty of justice but also signals a complete dereliction of duty on the part of the incumbent Indian establishment to remain a mute spectator on the events in Myanmar.

India is now an electoral autocracy which highlights why it has been hesitant to support the Myanmar people in their fight to get back their democratic system. Remaining a silent bystander will only undermine New Delhi’s international stature as a free and robust democracy that loves the values of liberty, equality and fraternity.

Diplomacy, it is said is complicated stuff involving a lot of permutation and combinations, but is it above the democratic values and lives of ordinary people? Notwithstanding the strategic value of Myanmar as a trade partner and an important counter-terror partner, it is necessary for India to recognize the fact that what the military junta in Myanmar has done through the orchestration of a coup is highly wrong and must rescind its decision immediately. India has been itself a victim of imperialism and understands rightly just how precious democracy is. India has been historically supportive of democratic movements around the globe ever since her independence.

It is imperative that New Delhi holds the military junta in Myanmar to task. India can become more vocal in articulating its position on the situation in Myanmar, like when India says in the case of Pakistan and China that terror, aggression and trade talks cannot go hand in hand, it must deliver a similar message in no uncertain terms that trampling of democratic values and trade issues cannot be talked at the same table as far as Myanmar is concerned.

India can also at the United Nations spearhead resolutions condemning the coup in Myanmar and can call for international action against the Tatmadaw most notably economic and military sanctions to strangle the ability of the top honchos of the Myanmar military from further throttling democratic rights of the ordinary Myanmar citizen.

India must also call for the immediate release of the incarcerated state councillor Aung San Suu Kyi and must help her by providing diplomatic support that whenever and wherever democratic voices get threatened India will always stand up to defend these values and protect them without bringing its realist foreign policy considerations into its judgment of any such fragile situation.

India must play a key role in helping Myanmar in these trying times. It is only when a nation helps others that it can expect to get help in return. India’s cultural values have historically helped other nations. It is time that India stand shoulder to shoulder with the people of Myanmar in these trying times when democracy is on the verge of dying a slow death in Myanmar.