Psychological Warfare – An Opportunity for India 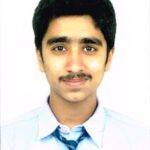 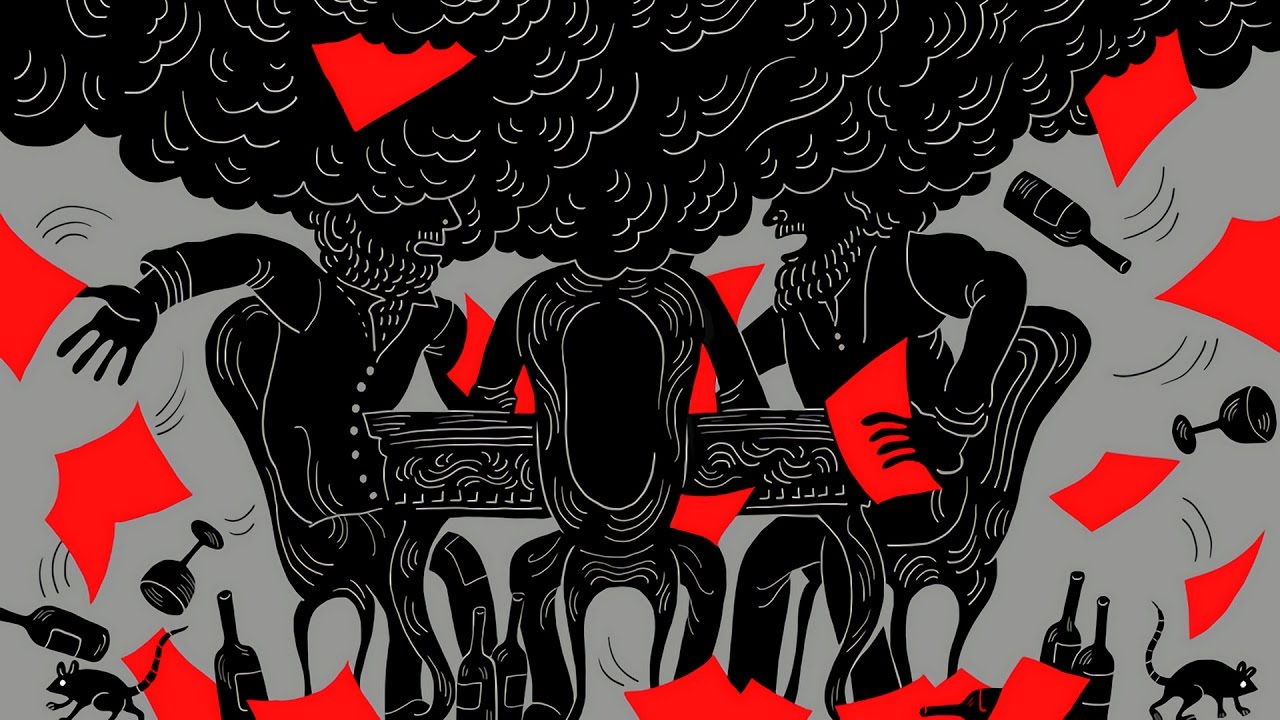 Even though the term “Psychological Warfare” came into application in 1920[1], it has in its essence been around since the first tribal army bluffed its way to victory by incessant beating of drums from all directions tricking their adversaries to believe that they had a huge army at their disposal and it still remains a decisive factor in any war and even during peacetime with hostile states. In a nutshell, Psychological Warfare comprises of tactics such as deception, misrepresentations, incentives and misinformation which is used to weaken the adversary’s morale and to bring about the fluctuation in their motivation levels during or even before a crucial battle has to be fought. Psychological warfare’s key objective during the war is to help military forces in their mission. The Psywar can be unleashed for deception Operations, targeting command groups, planning staff, non-military Interest groups influencing military decisions.

History and folklore are rife with instances where tactics of Psychological Warfare were used as catalysts to attain a certain objective and even turn the tide of the battle. If anything, the days of the yore have taught us that morale and confidence are stronger than any other weapons in the arsenal. Even the holiest book of Hindus, The Shrimad Bhagvadgeeta was but a product of a psywar tactic used by Shri Krishna to remind his protégé Arjun of his karma i.e. his duties in this mortal world when the latter got cold feet at the prospect of battling and possibly killing his own kith and kin. Even in the Kurukshetra battle, the Pandavas decided to bluff the killing of Ashwatthama, the son of the Kaurava army commander Guru Dronacharya who was bent on routing the Pandava forces by deafening announcements which led to the disheartened commander dropping his weapons and ultimately getting killed.

Heads of Tribes and even monarchs of vast empires propagated their “representative of God” image to ensure that public order prevailed and their autocratic rule went unquestioned.

Chanakya’s Arthshastra which is a master treatise for statecraft professes to wage psychological warfare against the enemy, it also encourages active surveillance and emphasizes on the secret services being directly under the king[2]. In this masterpiece, Chanakya suggests that the 4 route principle of Sama, Dana, Bheda and Danda be followed while dealing with an adversary wherein Sama involves conciliation by way of treaties, mutual commonalities, highlighting the symbiosis of the partnership and recognitions, Dana essentially involves bribery in form of one or multiple incentives, Bheda consists of exploiting any brewing dissent in the enemy ranks and breaking the cohesive structure through ways of a well-oiled espionage and misinformation system; this tactic has opted when the nemesis is stronger and Danda which is the use of military forces against the enemy.

As centuries rolled and entire dynasties went from masters of the subcontinent to rulers confined in their own walled fortress tactics of Psychological Warfare kept on evolving with almost every battle from the terrorising tales of Genghis Khan’s sea of barbaric marauding hordes which led to most enemies surrendering without a fight to army camp rumours floated by Chhatrapati Shivaji Maharaj’s ambassador in front of the enemy creating a puny image of the Maratha king which ultimately led to the latter’s defeat courtesy of lowering of guards which were the result of a systematic creation of a meek image of his master by the diplomat himself in official negotiations.

It is not a hidden fact that the British managed to subjugate the entire Indian populace despite the latter having superior numbers with carefully planned and executed Psychological Warfare tactics. The British accomplished this by winning kingdom after kingdom by putting Psychological Warfare mechanisms and place; tactics like deception, trade restrictions and divide and rule were the bread and butter of the British colonialists. Indians failed to understand the import of ‘Knowledge is Power’ and that fact was exploited by the British when they systematically decimated the existing education system thus crippling the Indians and enslaving our minds long before they enslaved our bodies. For over a century during the British Raj, there was no systematic educational framework in the country until the Intellectual Charter of India was ushered and as was typical of the Imperialists, the charter dictated exclusion of technical education to Indians to handicap the ability of Indians and make them just competent enough to serve as subordinates in government offices, in the interest of the British.[3] This new Psy War tactic was put in place by Lord T.B Macaulay and is known for famously quoting ”We must do our best to form a class who may be interpreters between us and the millions whom we govern, a class of persons Indian in blood and colour, but English in taste, opinions, words and Intellect”[4]

Based on the execution and origin, Psychological Warfare can broadly be classified into four types:[5]

By vehemently engaging in a 3W strategy which comprises of Psychological, Legal and Media Warfare[9] in a bid to fuel its expansionist ideology containing tools and techniques that are not open-minded, but designed to control, weaken or strike components of a nation’s extensive national power the Chinese are known to use it where they aim to win a war without actually engaging since the days of Sun Tzu.[10] In the wake of tensions along the LAC and Galwan Valley their 3W machinery had up their ante which was evident by their state-owned media houses like CGTV, Global Times and others released video footages of drills and weapon exercise undertaken by the People’s Liberation Army; the end goal being fear-mongering and destroying the enemy (in this case India) from within.[11]

Pertinently, China’s psychological warfare operations have been characterized by coercion, which takes the form of intimidation achieved through demonstrations and shows of force.[12]

On the other hand, the Pakistani indoctrination methods to create unrest in Jammu & Kashmir is not unheard of, lacking strength in the conventional military the Pakistani Military it’s propaganda arm, the DGISPR, it’s various think tanks with unlimited funding from China and it’s agents posing as scholars in renowned universities of the world; their only mission- to discredit and disrepute India whilst seeking legitimacy for their insurgencies in Kashmir, in the name of freeing it. Their narrative is given more wind by the precautionary measures undertaken by the stoppage of internet and cellular service in the region and the and it is a shame that the opposition parties create hurdles for the government thus supporting Pakistani propaganda which comes in the wake of abrogation of Article 370 from the state.[13]

It is also a disturbing fact that Pakistan’s Green book uses the works of imminent Indian Authors and the quotes of opposition leaders which even finds mentions in their speeches at the UN to further their narrative.[14]

The book repeatedly stressed China as a trustworthy strategic ally. Chinese President Xi Jinping’s quote in one of the essays—”No matter how things change in the world and the region, China will firmly support Pakistan in defending its sovereignty, freedom, and territorial integrity and dignity” was highlighted.[15] It is high time to come to terms with the fact and develop a concrete strategy to counter the well-oiled Psychological Warfare machinery of Pakistan and China who are tightening their noose around the sensitive regions and deploying their narratives in full swing.

The Indian Armed Forces have been equally effective in Psychological operations, instances in parts of Kashmir in the aftermath of flushing out terrorists where the commander of the Army explains to the villagers the importance of peace and discredits the terrorists portraying them to be the cause of their inconveniences have also surfaced. In Assam, where the Naxalite problem is menacing the Army has resorted to the distribution of posters highlighting the dark side of militancy and has successfully managed to win the support of the society. [16]

India used the first of its Psy-War tactics during the Bangladesh Liberation War where Field Marshal Sam Manekshaw warned about the retributive acts of the ‘Mukti Bahini’ to the defending Pakistani Army through his radio broadcasts. Through key communicators, activists, non-governmental organizations, political parties, advocacy groups and media lobbies may use the press to conduct strategic psychological warfare. Indian media’s unique nature makes it ideal for the same. All this is good news for an exponent Psychological warfare to use media in strategic, proxy warfare and low-intensity conflict scenarios.

Previously, not so vocal on responding to the Psychological Warfare machinery, the ADGPI has geared up for countering the narrative by the adversaries by aiding big curtain blockbusters and OTT platform web series which display the valour of the Armed Forces in pushing back the enemy, effectively highlighting the Uri surgical strike.

Developing a comprehensive Psychological Warfare strategy is the need of the hour. Presently, the tactics are in the development stage and are only deployed in an infrequent fashion.[17] It’s also a significant soft-kill, This strategy is expected to dominate future wars, particularly because Nuclear weapons stand self-neutralized. It is very important that the 9 out of 28 recommendations which emphasise Psychological Warfare of the Kargil Review Committee (KRC) be taken into consideration and implemented. Presently the state is that of a non-standard approach lacking doctrines, training, vitality wherewithal and above all political support. It is noteworthy that there are almost 23 Public Relations(PR) arms of the Armed Forces that need to be integrated into one strong full-time Psychological Warfare unit in order to ensure smooth functioning and less friction. All the Psychological Warfare Battalions should work together, in close cooperation and be located at a central place.[18] Media houses and other forms of technology need to be integrated and brought into the fold in order to counter the narrative forces of the foes. It is also imperative that military, academic and civilian components of the nation be integrated to counter the narratives floated by the troublesome neighbours.[19]

Psywar’s weaponry is sensitive and double-edged, has ample scope for misuse or being counter-productive and thus needs to be used with expertise. Since a conventional war remains a distinct possibility it is these tactics which give the edge over adversaries, and hence an all society inclusive approach should be used to effectively thwart attempts by the adversary in these futuristic form of warfare.[20]

[3] Basu, Maj. B.D.. History of Education in India under the Rule of the East India Company The

[10] Tzu, Sun, ‘The Supreme Art of War is to Subdue the Enemy without Fighting’, The Art of War, translated by John Minford, London: Penguin Books, 2008.

[19] Anashwara Ashok, ‘A Battle of Narratives: Challenge of Psychological Warfare to India’ , June 30, 2020, available at: https://www.claws.in/publication/a-battle-of-narratives-challenge-of-psychological-warfare-to-india/

Swaraj Gangaram Kariya, Trainee Research Associate at DRaS is a Final Year Law student at the Maharaja Sayajirao University of Baroda. He has a flair for research pertaining to the Military. Being a Law Student and an Armed forces aficionado, he is interested more in laws governing the Armed Forces. In the past, he has conducted detailed research on the Armed Forces Tribunal Act, 2007 while working at the Centre for Land Warfare Studies (CLAWS).