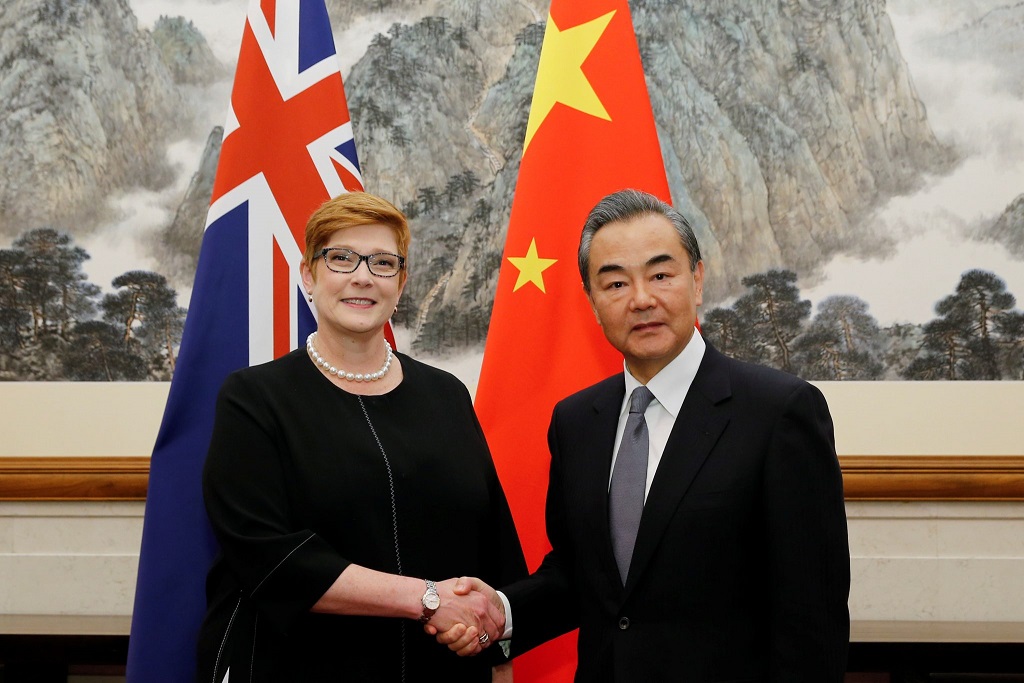 QUAD or more precisely Quadrilateral Security Dialogue (QSD) has made a comeback to the centre stage of discussions in diplomatic, strategic and academic circles. The reason is quite obvious, given the geopolitical context in the Indo-Pacific. Interestingly, both Indo-pacific and QUAD came into wider circulation more or less at the same time, in 2006! Among the partners, the USA, Japan, Australia and India, the latter three had already coordinated on the maritime domain in the wake of the Tsunami in 2004. An informal dialogue for maritime cooperation for humanitarian relief therefore already existed. Democratic ethos prevailing in them also was a factor which resulted in PM Manmohan Singh-PM Shinzo Abe issuing a Joint Statement in December 2006 indicating ‘the usefulness of having dialogue among India, Japan and other like-minded countries in the Asia-Pacific region on themes of mutual interest.’

The rise of China in subsequent years led these countries to discuss modalities to expand the QUAD framework to address the emerging geopolitical challenges in Indo-Pacific, apart from mutual and multilateral cooperation. As a consequence, QUAD naval forces joined together to conduct drills apparently aimed at enforcing freedom of navigation in the region. This led to protests by China accusing the QUAD of whipping up pressure tactics in what China perceives to be its own domestic waters, the SCS.

Even as QUAD grabs the limelight in strategic discussions as a potential counter, an ‘Asian NATO’, this article attempts to understand Australia’s compulsions in signing up with the RCEP trade framework, raising eyebrows across the spectrum.

In April 2020, Australia demanded an investigation into the origins of Coronavirus. China-Australia relations took a downswing.

In June/July, around 70 ships carrying an estimated 10 million tons of Australian coal to China were prohibited from disembarking their cargo in Chinese ports. While officially, it was said that Corona concerns were the prime reason, slapping such a convenient sanction at a time when Australia emerged at the forefront of calling for an investigation into the Wuhan virus does not appear to be totally unconnected.

Australian Navy joined the QUAD naval exercise MALABAR on 01-06 November 2020. Ten days later, on 15 November 2020, Australia joined the 15 country RCEP trade deal, touted to be the largest in the world, led by China.

President Xi Jinping visited Australia in 2014 to a hearty welcome. He addressed the Australian Parliament expressing his satisfaction at the strength of the relationship that China and Australia had achieved in the preceding years. His warmth was understandable considering that Australia supplies over 60% of China’s iron ore imports, nearly half of its liquefied natural gas imports, and about 40% of coal imports. Half of the Chinese imports from Australia are of iron ore, which is critical for China’s industrial and infrastructure needs.

China accounts for more than a third of global sales for 22 of Australia’s top 30 exports to the nation. Those exports with a dominant Chinese market share were worth $123 billion in 2019, which was 32% of Australia’s total exports.

The impracticability of diversification is most obvious in iron ore. Australia will ship almost 800 million tonnes of iron ore to China this year. The total seaborne market in the rest of the world is only 460 million tonnes and Australia already captures around 100 million tonnes of that. If China didn’t buy our iron ore, there would literally be nowhere else to send it.

Apart from Australian exports, China also has a substantial share in Australia’s imports. As per ASPI, ‘China has a dominant market share (greater than a third) account for 18% of Australia’s total goods imports.

In contrast, Australia’s investments in China accounted for USD 64.954 mn in 2017-18, whereas China’s FDI into Australia was USD 1.491 bn, more than double of outward FDI.

A brief look at just three major exports to China from Australia, minerals (iron ore, coal, etc.), food (beef, beverages, etc.) and pharmaceuticals reveals that nearly 24 per cent of all employment (a little over 38 million) in Australia depends on industries and activities related to these sectors of the economy.

Advantages to Australia through RCEP

In an earlier paper on Australia joining RCEP, we had observed that perhaps its own national interest resulted in Australia joining the framework. In that paper, specific reference was made to Room for individual interests of partners and allies that was stated by the Australian Prime Minister was also cited. We need to again briefly look at the perception of Australia on this trading framework:

RCEP has the potential to deliver significant opportunities for Australian businesses, with the 16 RCEP participating countries accounting for almost half of the world’s population, over 30 per cent of global GDP, and over a quarter of world exports. The advantages of allying with such a framework are, therefore:

While QUAD is being increasingly viewed as the counter to China’s growing influence in Indo-pacific, the China-centric view in the discourses across the strategic and academic communities do not appear to take into consideration the ground realities and aspirations of nations involved in the region or elsewhere. Ground realities as we see, for example in Australia’s export experience vis-a-vis China, appear to reveal some strong indicators:

International relations are a quagmire where national interests and international ambitions sometimes mix and sometimes clash. In our understanding, pre-supposing an alliance as a deterrent against errant behaviour by anyone state is wrought with numerous challenges as is evident in the China-Australian relations during 2020. The developments concerning these two well-developed nations and their relations in the QUAD era have important challenges that less developed or developing nations will find it difficult to address.

The most important challenge appears to be the challenge of democracy itself, for it renders the political establishment vulnerable to the compulsions of market economy in the domestic arena too.

Every discourse on QUAD or any other mechanism to address geopolitical challenges in Indo-Pacific, therefore, needs to take domestic and international dimensions, economic as well as political, in order to find pragmatic answers. To that extent, we may surmise that Australian membership of RCEP is pragmatic. For IR theorists, we suppose it resonates with the Realist school!

Note: Opinions expressed are that of the author and are meant to infuse discussions in the strategic dimension with perspectives from political economy.

Rasheed, Zaheena (November 25, 2020). What is the Quad and can it counter China’s rise?, Al Jazeera (online). Retrieved from: https://www.aljazeera.com/news/2020/11/25/what-is-the-quad-can-us-india-japan-and-australia-deter-china