Social Media – Boon or a Bane 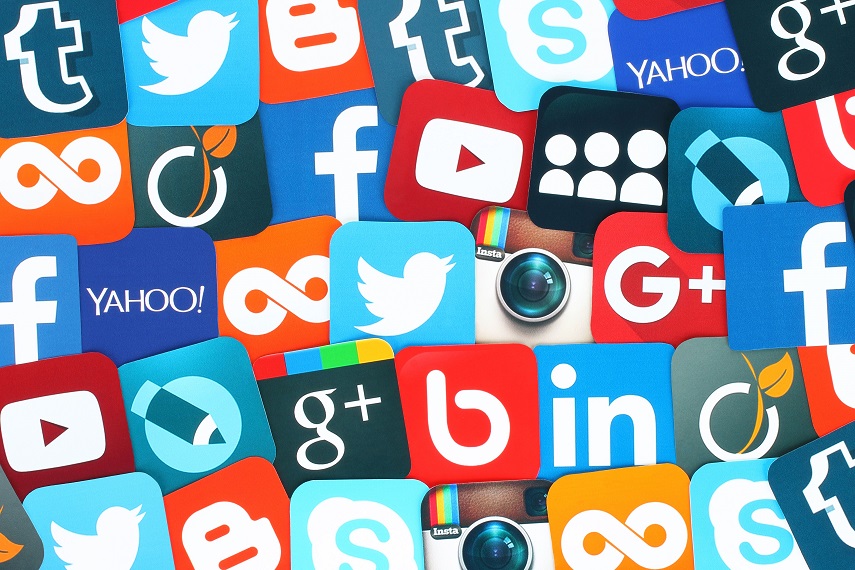 Social Media has taken centre stage in the last decade in shaping the destiny of many individuals and nations.

Mankind has seen time travel.  For anyone who has compared the communication technology in the mid-20th century and today, early 21st century, indeed, a man has seen time travel.  No one in the 1940s would have fathomed that communicating with someone on the other side of the globe would be on the fingertips.  Today, in 2021, anyone can communicate with anyone anywhere in the world (even in the remotest parts) through any smart device (mobile phone, laptop/computer, tablet, etc.) through applications like Twitter, Facebook, Skype, Instagram, WhatsApp, Signal etc.

During 2008 Presidential elections, the then Presidential candidate of the United States realised the power of the social media and used it to perfection in garnering support and funds for his campaign and so much so that his opponent John McCain had to bite the dust. Back home, the current Prime Minister Narendra Modi had effectively used social media to wipe out any opposition which was existing.  People were disillusioned with Congress and it’s policies and Narendra Modi offered to strengthen the country in the run-up to the 2014 elections.  Internet, electronic, print and social media were flooded with advertisements of Narendra Modi with promises of making the nation strong again, and it worked.  Any hopes that Congress had of being a formidable ‘Opposition’ was squashed by the overwhelming majority with which Mr Modi won.

This article intends to educate the reader on the nuances of the social media and the massive security implications it can cause if not regulated properly and the cause-and-effect relationship it can wreak. In 2020, Northeast Delhi witnessed riots in the backdrop of Citizenship Amendment Act (CAA) and associated proposals of National Register of Citizens (NRC).  Without delving into the rights and wrongs of the bill and its justification for implementing or not likewise, I wish to focus on the use of social media for spreading misinformation.  The pro-Bharatiya Janata Party social media activists started a smear campaign against the protestors by labelling them anti-nationals and traitors of the country, who in turn started a smear campaign against the pro-BJP activists.  The smear campaign assumed critically alarming proportions when two friends in their early 20s (personally known to each other) argued and fought and eventually, one friend stabbed another, leaving him dead.  It was later found out that one friend was a BJP supporter on Facebook and Twitter.  He had to pay for it with his life.  Irony died its death when not even a single BJP karyakarta nor its ilk for whom that boy “valiantly fought” bothered to attend his last rites while the other boy who was the killer became a poster boy albeit law took its course and he was rightly jailed for life.  The boy who died was misled into believing a morphed photo shared by someone on WhatsApp and that essentially was the trigger that culminated in his death.

About two years back, a brilliant scientist working with BrahMos Aerospace was arrested on the charges of espionage.  He was “honey-trapped” by a Pakistani woman using an Indian pseudonym using sex as a conduit.

During the recent 2021 Farm Laws protests, social media was again on overdrive with the pro-Farm laws labelling the protestors as Khalistanis and what not while the protestors (majority from the Punjab hinterland) fumed.  The eventual backlash was witnessed in the form of arson and rioting on 26th January, which is our country’s Republic Day as well and the entire world looks at our grandeur with which we celebrate it.  Politics (both ruling and opposition) won but the nation lost and our credibility dented. The latest entrants into the Farmers’ stir are Foreigners – Actress/Singer Rihanna, who said on Twitter “why aren’t we talking about this? The Farmers protest” and activist Greta Thunberg.

Some veterans were recently called anti-nationals for their stance on the farm laws.  Their stand notwithstanding, the pro-law activists claim Desh bhakti as their primary motivation behind calling out veterans who have shed blood for the nation and will not hesitate to do so again if required as compared to the pro-law activists who won’t be able to handle themselves against an active fire forget fighting.

During 2016 elections in the United States, there were reports of Russian interference in the elections which may or may not have helped the then-president-elect Donald Trump.  The headlines grabbed eyeballs for a long time before dying a silent death but the jury is still out.

For all the power of social media to do good, it has been obvious for many years now that social media can also, and has been, misused.  This dark underbelly stayed hidden from the public eyes for years, but social media’s power to shape or distort narratives and incite public opinion and behaviour has been in full view for some time now.  This power can become a dangerous force multiplier when accessed by those who want to spread hate, sow divisions and create violence.  India is at war unofficially but blood is being spilt every day at the LoC.  When someone views the social media handles of leaders in Opposition, one will not be surprised to see hate being spewed in open.  Pakistanis again using an Indian pseudonym openly provoke Indians (one religion against another) and the cause-and-effect relationship is very evident.  There was evidence of Chinese involvement as well when a Chinese spy came to India disguised as a tourist and eventually was able to visit Northeast and was able to marry a Manipuri girl to gain citizenship.  It is presumed that the hawala racket ran into thousands of crores if not more.  The money was routed to short term loan apps to make it appear legal.  Young Indians are spendthrifts and easily fall for such lures to solve their immediate financial needs.

The problem and threats have been discussed ad nauseum above in detail.  The current disputes being played out in the political arena suggest that these online platforms are not just simply technological tools anymore.  They are a significant force on the internet that can cause harm as much as the good they can do us. Recent and past events signal that it is time for a relook at our framework. It must be a two-pronged approach. First, initiate the regulation of social media by laying down fundamental principles and creating an independent regulatory body along with defending the rights to free speech and privacy. OTT platforms like Netflix etc. have also come under questions due to the type of content shown on these platforms unregulated.

Our Constitution has defined free speech and its limits in Article 19(2). The principle that all platforms must abide by, therefore, is simple: any content or speech on a platform should pass the test of Article 19(2) and that alone. The take-down policies, guidelines and algorithms of all social media platforms should be compliant with and not go beyond that Article. And this standard should be equitably applied to all, as per Article 14. As a ground rule that all platforms must comply with, this is simple enough to set down in law.  Unregulated social and digital media could pose a threat to India’s rise as a trustworthy and responsible nation, as also Indian democracy, the world’s largest. These challenges can be addressed by regulating social media efficiently and modernizing our laws and institutions.  The time for action has come.