Swarm Technology in Drones – Towards Self-reliance 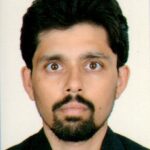 Swarming as a strategy in military affairs is quite ancient, but with advances in technology, it is possible to build autonomous agents to mimic such behaviour. Due to the relative recency in the technological breakthroughs that enable swarming, India stands a great chance to develop self-reliance in this domain and use it to her advantage.  It is therefore essential for our security agencies and engineers to collaborate in achieving this goal. This article outlines the advantages that swarming, or cooperative behaviour offers, a few examples of the sort of work that is being done by Indian academia and offers some personal views on how to move ahead to achieve self-reliance.

Swarming as a military doctrine and the role that intelligent agents will play in future conflicts has been well studied [Edw05, Arq00] in the US. Similar studies, for example [Pan20], to understand how swarming could be useful in the Indian context by military experts, would serve as a guideline to engineers in their development efforts. It is also prudent to have a thorough understanding of our neighbours’ developments in this domain [Nar18]. On the technical front, research in swarming took off with Reynolds’ description of the motion of flocks of birds, or herds of animals, or schools of fish as computer animations [Rey87]. Since then, computer scientists and control theorists have been working on algorithms to achieve cooperation between artificial agents. A branch of this study is known as multi-agent systems (MAS) [Ren08]. This branch draws from knowledge in graph theory, control theory and optimization to study and develop algorithms for cooperative behaviours.

Multi-agent systems (MAS) are capable of performing various tasks [Ros18]. These tasks can be categorized into the following classes:

Military missions are typically designed over several phases, each comprising tactics and plays that various units perform. The aforementioned tasks that the MAS can perform, need to be embedded into these military tactics and plays. This embedding is critical to leveraging the true power of multi-agent systems. Hence, a strong open collaboration with our internal security forces is essential. Inputs from officers with ground experience would help in designing practical missions, with MAS providing tactical advantages.

In recent years, a lot of effort has been put into realizing state-of-the-art multi-agent systems in India. Several testbeds have been designed to demonstrate cooperative behaviour through various tasks. In [Jos19], a testbed was created to demonstrate the task of aggregation in outdoor environments. The agents communicated with each other using a real-time communication protocol and reached consensus regarding the location of rendezvous, without centralized command or control. Novel algorithms to demonstrate formation flight and rogue agent capture in minimum time were also tested. Various demonstrations of the task of coverage have been covered in [Bor19]. As an extension of this work, we are now capable of demonstrating complicated missions wherein a group of agents take off from a home location and navigate to an area of interest to set up a surveillance network. The agents optimally cover this area of interest and also perform the task of goal searching. Once the goal/target is found, the agents form patterns around the target to gather more intelligence and relay it back to central command for further action.

These demonstrations have enabled us to understand areas that need further work. One critical area, which needs collaboration with security forces is that of human-swarm interaction. MAS operates on high-level commands from humans and generate a lot of sensory data. This data is analysed by a central command centre. The data is also useful for system health monitoring and taking decisions on a tactical level. Development of information flows and interfaces could be made end-user ready with their inputs at the design and demonstration stage. On the technical side, mission composability and provability of safe operations is a challenge we are working on. A multi-agent system is a system of systems. Hence stability and performance guarantees need to be ensured for successful operation.

As we move towards self-reliance in technology for swarms, it is essential that engineers and security forces collaborate. Together, technology demonstrators need to be designed based on specific use cases, current technological limitations and financial constraints. One good step in this direction was the recent Meher Baba challenge by the IAF. More such nuanced demonstrations need to be planned and executed.

A few startups are doing good work in this area. Mentorship from the security experts would help us design better systems. As an engineer, I look forward to interacting with our security agencies and welcome constructive feedback for achieving this common goal for our nation.

Dr Apurva Joshi, the Senior Research Associate of DRaS, is a Research Scientist at the National Centre for Excellence in Technology for Internal Security, IIT Bombay. Currently, Dr Joshi is working on autonomous systems and swarm technologies. He has received his PhD from IIT Bombay/ Monash University and MTech. in Robotics from UPES, Dehradun. You can find out more about him and his work at https://www.301labs.com/projects