The Lure of Wolf Warrior Diplomacy 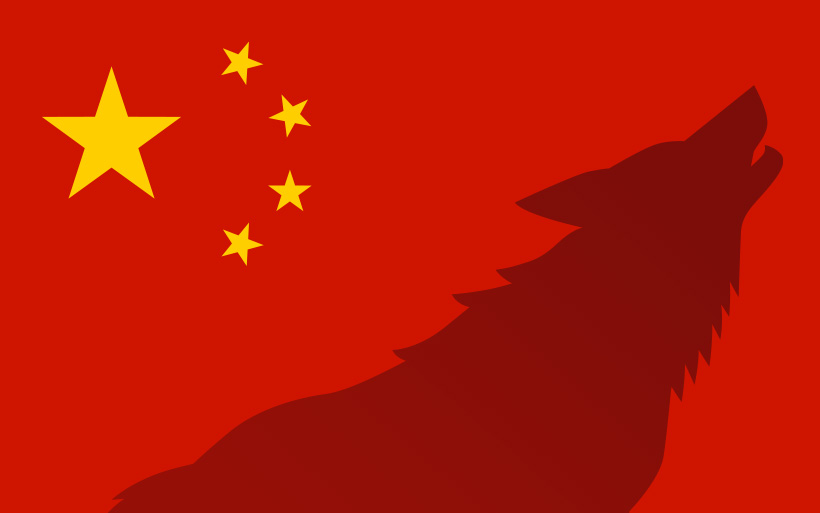 The lure of Wolf Warrior diplomacy has found a new place in South Asia to take stakes.

During the ongoing process of US and its allies’ armed forces pullout from Afghanistan, a country struggling for survival from external forces, which include her immediate neighbour in her eastern border and Cold War era’s two super-powers, imposed civil war for long five decades, that has almost pushed the country to several centuries backwards apart from the butcher of lakhs and displacement of millions, Communist-ruled China is found showing so much interest in establishing peace in the landlocked country.

If the Chinese desire is genuine, it should be welcomed by all having direct and indirect stakes in peace and stability in not only hapless Afghanistan in particular but also in the South-Asian region and all over the world in general as the present generation can’t forget September 11, 2001, Afghanistan origin/linked horrific terror attacks on New York’s World Trade Centre complex and Pentagon, the proud Defense Headquarter of lone super-power of the decades -post-Soviet Union balkanization- the US.

The point of contention is China is not known for peace and respecting the territorial sovereignty of other nations in the region. Since the Communist Party of China has ascended on the ruling position in Beijing in 1949, China is found has endorsed the policy of territorial expansionism, even at the time not respecting to time-tested international law. She has territorial disputes with all her neighbours on all sides of her territory picking up some selected stories from history books. In 2016, The Hague based International Tribunal has rejected a history-based Chinese claim on South China Sea territory that the Philippines claims. However, China rejected the ruling, which went in favour of the Philippines, as “null and void” and devoid of any “binding force”. Even China went ahead waging wars against her neighbours such as India, Soviet Union, Vietnam, etc. with mixed results. And now she claims complete territorial sovereignty over the entire resource-rich South China Sea ignoring sea’s all littoral countries claim as per UNCLOS-1982, and often sabre-rattling them.

Now, China is the all season’s ally of Pakistan in South Asia, a country known for training, harbouring and exporting the world’s dreaded Islamic terrorism, and it has been proved time and again that she uses them -branding them ‘non-state players’- to fight proxy wars with her neighbours with which she has her manufactured territorial disputes like China has with her neighbours. Apart from the above, Islamic fundamentalist infected Pakistan is now economically bankrupt, surviving on borrowed money. Her Arab friends as well as her long-time ally the US, which had on several occasions rescued her with financial grants and military and diplomatic supports, have deserted her largely for her dubious Islamic terror link and hostility with economically growing India in the eastern border. And taking advantage of Pakistan’s bankruptcy and her proximity to the hydrocarbon-rich Gulf region, China has invested heavily in Pakistan infrastructure development as part of her worldwide Belt and Road Initiative which in fact has an indebted majority of project beneficiaries in Asia and Africa. In the Asian region, China is trying to buy Pamir by debt-trapping Tajikistan, located on the north of Afghanistan-Pakistan, which has joined the Belt and Road Initiative in 2017. At least, 350 Chinese companies operate in Tajikistan. As of 2020, Beijing owns over half of Tajikistan’s external debt.

Earlier in October 2020, there was a report that said China using her iron-brother Pakistan had tried to entice the Taliban through its BRI scheme and attempted to ensure die-hard terror group Taliban keep quiet on the Chinese campaign to culturally, ethnically and ideologically change the Uyghurs, the people of East Turkistan province, renamed Xinjiang by occupant China.

In view of the above, will it be wise to leave the civil war-ravaged Afghanistan to China? Newly elected Biden Administration a la his predecessor Trump Administration is now found stubborn to leave Afghanistan saying ‘It is time to end the forever war’, while China says the troop’s withdrawal will create a vacuum. Chinese view over the contentious issue has also been subscribed by almost all South-Asia geopolitics observers, and so also US Commanders based in Kabul and US Central Command overseeing the War in Afghanistan. The observers’ observation is based on their assessment of the present strengths and weaknesses of the Afghan elected government in Kabul and its opponent in the whole of Afghanistan beyond Kabul where the Taliban is virtual ruler. Even the present Afghan government is found weak to protect people in the country’s national capital if one goes by the recent consecutive suicide attacks that killed small kids in school and worshippers in a Shiite mosque during the Islamic holy month of Ramzan. It is a well-known fact that Pakistan intelligence agency ISI has a close association with the Taliban. What was witnessed in Kabul post-Soviet Red Army withdrawal in the 1990s is looked eminent post-US and her allies’ withdrawal on the 20th Anniversary of the Al Qaeda attack on the US.

Significantly, Chinese Foreign Minister Wang Yi, who on 16-17 May 2021 held telephone talks with his Pakistani and Afghan counterparts, said that China would back the Afghan government headed by Ashraf Ghani in playing a leading role. “Wang also called on all parties to support and implement relevant UN Security Council resolutions to promote a smooth transition of the Afghanistan situation, to avoid in particular a resurgence of terrorist forces,” the report said. Now, the larger question is ‘Should the world believe the country, which has rejected in the recent past the international tribunal order over her manufactured territorial dispute with the Philippines, over the issue of Afghanistan?’

Taliban is an illegitimate child of Pakistan’s de facto ruler Pakistan Army and its intelligence agency ISI, and China is the iron-brother of Pakistan. If there is a vicious nexus between all the three as they had initiated in October 2020, what would be the fate of the Ashraf Ghani government, forget about peace and stability in Afghanistan and the region? Here, no one, who matters, should forget that Communist-ruled China is not known for facilitating democratic government. Chinese present overture for peace talks may end as a wolf warrior lure to build confidence among pro-withdrawal proponents to expedite the withdrawal. After gaining de facto ruling of Afghanistan via the Pakistan Army and its illegitimate child Taliban, if Communist China finally takes over Afghanistan silencing Taliban as it does to Uyghurs Islamic extremists and separatist in her western province Xinjiang, will the democratic West keep quiet? It is certainly NOT BE ACCEPTABLE. In that case, OLD WINE IN NEW BOTTLE, and Afghanistan and region will return to post-Soviet Union invasion of 1979 resulting beginning of another cycle of violence and instability and GENERATIONS’ OF WARS. Alas, what a fate of innocents in Afghanistan who have been paying price for none of their fault since the Cold War and it is not known when to conclude!