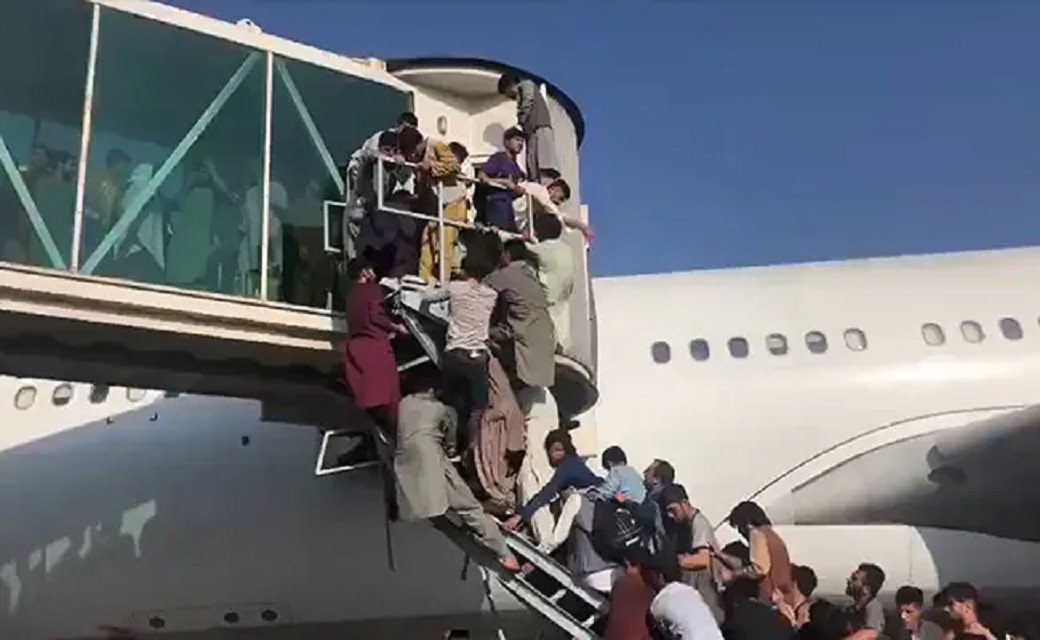 The unbridled Taliban is back to power in Kabul

The U.S. withdrawal from Afghanistan caused a grave echelon in Afghanistan. It left Afghanistan in a woeful situation. This situation helped the Taliban in moving towards an unbridled path.

The Taliban have captured various cities in Afghanistan including Kabul. Taliban had controlled nearly 65% of Afghanistan’s territory. A few days back, It captured the southern city of Kandahar. It is Afghanistan’s second-largest city after Kabul. The Capture of Kandahar would serve as both a tactical and psychological triumph for the militants. Taliban also broke into Kandahar jail and released nearly all the prisoners. The Taliban frequently aim at prisons to release imprisoned fighters and replenish their ranks.

The control of Herat was a great accomplishment for the Taliban, and very woeful for government forces, as the armed group unremitting its widespread military advancement across Afghanistan amid the pullout of foreign troops after many years of war. The Taliban has also taken control of the capital of the southern province of Helmand i.e. Lashkar Gah. The Taliban also acquired the Salma Dam. This dam was constructed and funded by New Delhi as a gesture of good friendship between both countries. Citing a U.S. intelligence assessment, the Taliban could seclude Kabul within 30 days and potentially take it over in 90 days, which has fallen flat here.

Furthermore, the Taliban also captured the Kunduz airport with an Air Force Mi-35 Hind attack helicopter. Kunduz Airport is a public as well as a military airport in the Kunduz province in Afghanistan. The airport was primarily built in the 1960s by American engineers. Soviet forces used it in the 1980s. The Taliban has taken a Mi-24 attack Helicopter in their control which was donated by India to the Afghanistan forces. However, the rotor blades of the attack helicopter were missing and reports have suggested that the Afghan forces may have removed them earlier in order to prevent the Taliban from using the Chopper.

Moreover, As the Taliban is accumulating ground in Afghanistan by controlling many important cities in the country, the terror group is now pressurizing women to get married to its terrorists. Taliban have pressurized unmarried women to become wives for their terrorists. It is a form of sexual violence.

The UK government said it was sending troops to Afghanistan to evacuate its embassy staff from the country after the United States announced a cognate deployment as the Taliban makes swift gains. “I have authorised the deployment of additional military personnel to support the diplomatic presence in Kabul, assist British nationals to leave the country, and support the relocation of former Afghan staff who risked their lives serving alongside us,” Defence Secretary Ben Wallace said.

The response of China is also notable. China will recognize the Taliban as the legit ruler of Afghanistan if the terrorist group manages to prostrate the democratically elected government in Kabul. It is also in the interest of Pakistan to support the Taliban as a political power in Afghanistan. The Taliban is in a way a medium of Pakistan’s policy of strategic depth in Afghanistan. Afrasiab Khattak, a member of the Awami National Party (ANP) in Pakistan, said in an interview that “Pakistan is very happy with the Taliban’s advances.”

India’s interests are also at stake. The relationship of the Taliban with Pakistan may concern India at large. India is more concerned about the involvement of Pakistan’s Inter-Service intelligence in the Politics of Kabul. The resurgence of the Taliban would spark militancy in Kashmir. India has to revisit its Afghan policies in order to make stability in the region.

Finally, the whole world is watching a menace created by the USA which led the Taliban to pursue its unbridled aims. These Unbridled aims or paths should be curbed or closely monitored by the International Community.

Pintu Kumar Mahla is a Research Scholar at the Department of National Security Studies, Central University of Jammu. He is a post-graduate in Political Science, from the University of Rajasthan, and got graduated in Social Science from Sardar Patel University of Police and Security. His areas of research include International Relations, India’s National Security & Foreign Policy, Hydro-politics in the Trans-Himalayan Region and India’s Maritime Security, Terrorism and Counterterrorism etc.