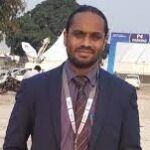 China’s ‘AI-enabled’  high-altitude reconnaissance drone, WZ-7 appears near the Indian border. These drones based at the Shigatse air base in Tibet, enhance PLA’s intelligence-surveillance-reconnaissance (ISR), Electronic Warfare (EW) and strike capabilities surpassing that of India.

However, the drones might not be a devastating force multiplier that would boost PLAAF’s fighter-bomber combat operations against India, experts believe. It would nevertheless be prudent for India not to underestimate these systems’ massive tactical impact on the air and ground campaigns.

The Unmanned Aerial Vehicles (UAV), one of which is the highly sophisticated WZ-7′ Soaring Dragon’ satellite photos released by Planet Labs of the Shigatse base shows, were spotted at Shigatse two days after Indian and People’s Liberation Army (PLA) troops clashed at Arunachal Pradesh’s Tawang.

China has been operating drones for a long time, and their employment is otherwise not a surprise. But their appearance at a key military air base immediately after the fisticuffs with Indian troops indicates it was expecting an escalation.

The image shown below appeared to be the J-16 fighter, a high altitude drone looking like the ‘divine eagle’ and another UAV that can undoubtedly be said to be the WZ-7. The WZ-7 has a distinct diamond-shaped wing, and horizontal stabilizer configuration – the wings are swept back while the tails are swept forward. The same drone has also been captured in satellite images of air bases in Tibet previously too, over the last two years.

Experts believe the UAVs would not enhance the People’s Liberation Army Air Force’s (PLAAF) reach and firepower like loyal wingmen or overwhelm Indian combat aircraft and air defences. But given China’s concerted focus on warfare in the electromagnetic spectrum, backed by its recognized industrial advances in electronic and computing technology, the high-altitude, long endurance, and medium-altitude long-endurance (HALE and MALE) drones can be expected to impact Indian military communications and radio airwaves.

The need to understand the possible future role these drones might play is raised by the oft-quoted terrain disadvantage dogging China in its border with India – the extremely high-altitude rarified air preventing fighters from taking off with their full payload. Air combat experts rule out that reconnaissance-strike UAVs might be purposed to share some of the payload and combat tasks of the J-11, J-10, J-16, or J-20 fighters. For one, remotely piloted drones cannot undertake tight manoeuvres in general and particularly the nimble movements required in the valley, given the time lag in controls. “This only leaves them the option of flying high above the valleys, which makes them an easy target for air defence systems,” said former IAF fighter pilot Rajiv Tyagi. Tyagi also clarifies that the payload disadvantage at higher altitudes is only relative. “Less payload does not mean no payload. It means instead of 5,000 kg, the plane can carry only 4,000 kg.”

Moreover, the Shigatse Peace Airport, a dual-use civilian-military airport, has the third longest runway in the world to help with this very handicap – allowing fighters to take off with heavier loads. Shigatse is located at a height of 5,000 meters, and airports in Tibet have some of the longest runways in the world. Even autonomous drones would have to fly above the valley, making them sitting ducks for SAM systems. “Moreover, autonomous drones cannot loiter unless they are suicide/kamikaze drones. They are programmed to go to a location, release their ordnance and fly back,” Tyagi says.

How Will China Use Them?

Tyagi agrees that the UAVs are meant to predominantly generate the maximum possible targeting information on Indian military targets, which are likely to be non-strategic. The Indian Air Force (IAF) and the Indian Army will be smart to consider China’s penchant for anti-access/area denial warfare with long-range missile strikes in the western Pacific. It is likely to replicate a similar practice here as well.

The IAF has been reported to plan to use smaller dispersed airfields in northern India to use its fighter bombers and not the larger air bases that can come under massive Chinese missile strikes. If the “jointness” in doctrine and military thinking between the services has really been achieved, the Indian Army too, hopefully, shares this assessment of the Chinese warfighting style. Thus, it is hoped that Indian ground forces will be flexible in keeping their command, control, and logistics dispersed and not concentrated, where a single Chinese strike can cripple ground operations and change the course of a war.

Even if the Chinese do not use the UAVs for strikes, they can be expected to have significant electronic warfare (EW) capabilities like electronics intelligence (ELINT), optical reconnaissance, and radar reconnaissance, according to former IAF Jaguar pilot, Squadron Leader Vijainder K. Thakur. The last role is an important component in the suppression of enemy air defence/destruction of enemy air defence (SEAD/DEAD) operations, where data gathered by the drones will be used for releasing anti-radiation missiles.

The WZ-7 is China’s equivalent of the US’s RQ-4B Global Hawk HALE-class drone. It can be safely presumed to possess artificial intelligence (AI)-enabled networking and sensor fusion, highly encrypted jamming-resistant data links to share battlefield information with fighting forces, and ISR links with Chinese satellites. This is in line with its ‘Intelligentized Warfare’ concept, the Eurasian Times had previously reported. It is believed to have an operational range of 7,000 kilometres and an endurance of 10 hours. Some commentators believe that assets like the WZ-7 and the J-16D – a new type of electronic warfare aircraft – will be used in tandem, where surveillance information gathered by the WZ-7 will be shared with the J-16D. The J-16D, which has large electronic warfare (EW) pods on both its wingtips, would accompany other aircraft in their missions and provide EW support like jamming, deception, and even signals intelligence (SIGINT).

However, India does not have any fully operational, diverse, and integrated drone systems, except for the Israeli-origin Heron series of drones.

Parth Satam is a Mumbai-based journalist who has been covering India's defence sector for more than a decade. He is a researcher covering the intersection of Military Affairs with Foreign Policy, Politics, Economics and Technology. He is currently the senior editor of the Eurasian Times.