War and Peace in Modern India: A Book Review 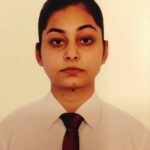 Srinath Raghavan, author of the Book “War and Peace in Modern India” is an Indian historian of contemporary history. He is a professor of history and International Relations at Ashoka  University and a Senior Fellow at the Carnegie Endowment for International Peace. He is also a visiting Senior Research Fellow at the India Institute of the King’s College London and previously, was a senior fellow at the Centre for Policy Research, specialising in contemporary and historical aspects of India’s foreign and security policies. He is a recipient of the K Subrahmanyam Award for Strategic Studies (2011) and the Infosys Prize for Social Sciences  (2015). His notable works include “War and Peace in Modern India, 1971: A Global History and India’s War: The Making Modern South Asia, the Most Dangerous Place.”

The Book is an account of how the then Prime Minister Jawaharlal Nehru restricted the crises that confronted a simply born India. The book focuses on seven key crises situation sweet-faced by Prime Minister Jawaharlal Nehru and is a comprehensive review of Indian Political and Military Evolution after Independence. It provides an interesting account of the tumultuous years from 1947 until 1962. The book is split into Eight Chapters which analyze conflicts bearing on the princely states, their integration within India, and disputes with other nations,  namely, Pakistan and China. The book is a major contribution to Asian History and  International Relations.

The book begins with the primary chapter titled “Idea Strategy and Structure”, which provides a  temporary definition of Nehru’s temperament, and the way he was influenced by Gandhi, who believed in nonviolence as a limited policy and methodology for the achievement of the final goal. The author shows how Nehru’s key advisors helped in shaping and implementing his policy in the wake of crises that were welcomed by all. The author provides individual attention to every crisis and the choices made by Nehru for the road map of freelance India’s future.

The next seven chapters dealt with the crisis faced by Nehru as a Prime Minister: the disputes over the accession of the princely states, the refugee crisis in East and West Bengal in 1950  and ensuing tensions with Pakistan and, finally, the border dispute with China from 1948- 1960 and so the Sino-Indian war in 1962. The author examines these crises in a comparative fashion and draws the lessons learned during each period. The Junagadh crisis showcased Nehru’s concern about the Domestic and vulnerability of Muslims in India. The Hyderabad crisis reinforced his concern about communal relations and the limits of military forces. The crisis involving Kashmir revealed Nehru’s preference for limited use of the forces rather than a large-scale military action against Pakistan. The book then goes on to elucidate the boundary dispute between China and India and the events that led to India’s crushing defeat in the Sino-India war of 1962. The book is important for the Forward Policy and discussion related to, how each military and civilian assessment of the matter was wrong and the way Nehru’s failing in decoding political developments at the international level.

The Book seems to portray Nehru in a rather favourable light whereas in distinction thereto Rajiv Dogra in his novel ‘India’s World: How Prime Ministers Shaped Foreign Policy’, asserts that the decision of then Prime Minister Nehru’s reference of the Kashmir issue to UN was a  blunder that indicated that Kashmir could be a controversial territory. Rajiv Dogra asserts that  Nehru fell for British scheming in favour of Pakistan, and Mountbatten’s persuasion.

The book ‘War without Violence’, written by Krishnalal Shridharani, complimented Nehru as a Hindu with intimate knowledge of Mahatma Gandhi’s religious, social, and political ideals and practices, has given us a theory about the importance of the principle of non-violence & non-cooperation as a revolutionary weapon for social and political changes, that are mentioned in the book War and Peace in Modern India by S. Raghavan.

The book serves as an enticing and balanced account of India’s foreign policy throughout the  Nehru years. The book, with noble and thought-agitating content, provides a crucial insight into the strategic thinking and crisis management strategies that Jawaharlal Nehru adopted.

This book is a useful read to beginners and researchers alike who are working on understanding  India’ Foreign Policy. By tracing the historical developments and the personality connection between founders of modern India and India’s foreign policy, the book should give valuable inputs for course correction especially pertaining to the Kashmir dispute and Indo-China relations. It points out the potential incomprehensible opportunities that weren’t used at times of need. Today India has far greater opportunities to present itself on the world stage. In the end, this book highlights that it serves as a warning against missing any opportunity that comes to its means.

Ankita is pursuing her second year MA at the University School of Open Learning, Panjab University, Chandigarh, India. She is a Research Intern at 'Defence Research and Studies'.