Watch What You Speak: Think Tanks and Strategic Discourses 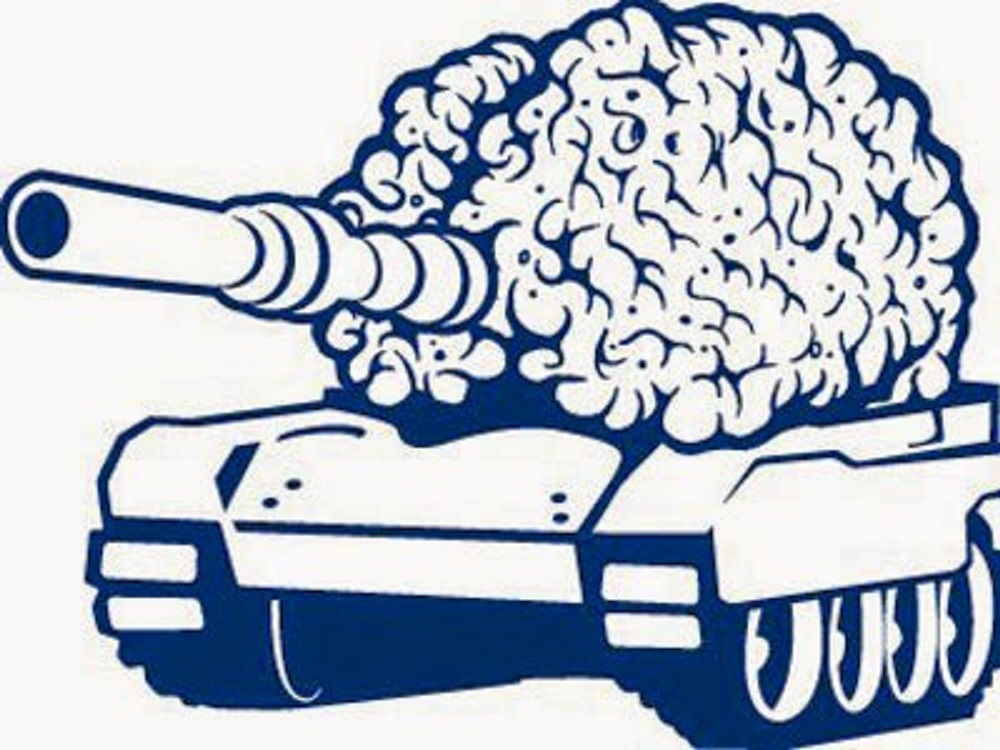 Think tanks are suppose to aid the nation building.

Sun Tzu is quoted to have said ‘the opportunity of defeating the enemy is provided by the enemy himself’ in his grand treatise The Art of War. The wisdom of understanding the enemy’s mind gains paramount when we reflect upon this saying. Understanding the enemy’s mind needs just one dedicated function – intelligence gathering. For ages, countries and militaries have resorted to acquiring intelligence on adversaries (as well as friends and neutrals) through various sources. The diplomatic missions for example are acknowledged as open-source that countries use, apart from the news and reports published by media. It is also construed that by far the intelligence gathered through such open sources pertain to the tactical domain, though properly collated they could be of strategic value. Of course, it would depend on informed and critical analysis to distil indicators of strategic nature from the deluge of information gathered through such diverse open sources. A new dimension to intelligence gathering, more specifically of strategic nature, has become visible with the advent of Think Tanks.

In an age when the power of media and communications makes it near impossible to hide fact and fiction from public ears, let alone the luxury of time to pause and discern their difference, means of gathering intelligence through Think Tanks has become easier. The reason for the ease of doing this business through the deliberations of Think Tanks is the availability of the expertise that is unhindered in its analysis and expression.

Traditional intelligence schools ingrain a basic caution into the blood: Watch what you speak, the enemy is listening. Interestingly, the power of communications appears to have prodded the best-kept secrets into best broadcast ideas in the public domain.

This article looks at the role of Think Tanks in the dissemination of discourses on strategy into the very hands of those that the debates in the Think Tanks avowedly aim to contain!!

Taiwan was traditionally perceived to have relied more on American guarantee for its independence from Chinese occupation than on a realistic appraisal of its own capabilities to either deter or withstand such an invasion. US Naval War College in 2008 even published a detailed analysis of the necessity for Taiwan to change such a perception. The report talked about how Kuomintang and the Democratic People’s Party have not framed a defence debate that could produce the open, honest appraisal that is desperately needed if domestic consensus on a viable defence is to be achieved (Murray, 2008).

In 2017, having lived under the shadow of the Chinese invasion and being witness to the aggressive expansion of Chinese presence in the South China Sea, Taiwan’s defence establishment headed by Admiral Lee Hsi-ming adopted a new and much-awaited defence strategy. Modern history is witness to the threat Republic of China (ROC) at Taiwan faced from an increasingly aggressive PRC that considers itself as the rightful sovereign of ROC.

Renewed fears over the defence of the island were fueled when Chinese went about conducting naval drills in Spratly’s and in the close proximity of Taiwanese waters. Even though the US conducted FONOPS and extended other assurances to Taiwan, the island nation was rightfully aware that its own strategic paradigm needs re-calibration. Aware that it cannot handle the immense military might of China, the Overall Defense Concept (ODC) proposed by Admiral His-ming envisaged, in broad terms, a three-prong strategy:

The ODC’s mission is to deter the PLA and, if necessary, defeat a full-scale PLA invasion. The three pillars of its concept of operations are force protection, the decisive battle in the littoral zone and destruction of the enemy at the landing beach. Force protection enables Taiwan’s armed forces to survive and recover from the opening phase of a massive PLA strike campaign so that units can strike back as soon as the enemy is within range. The ODC seeks to bolster the military’s ability to withstand pre-invasion bombardment using tactics similar to those of force preservation. Elements of force protection include mobility, camouflage, concealment, deception, dispersion, rapid repair and blast mitigation (Hsi-min & Eric, 2020).

With this development in Taiwan, the three-prong strategy was promptly picked up for immense deliberations across the Pacific. It is to be kept in mind that the discourses on ODC were driven by a genuine concern to checkmate the Chinese designs in the South China Sea and the larger Indo-Pacific.

Taiwan, as we know, is key to America’s SCS as well as Indo-Pacific strategy. Thus, when Taiwan chalked its ODC, Think Tanks in America went on an overdrive analyzing and exploring the probability that Taiwan would thwart Chinese designs, in the process standing as the bulwark of protecting American interests in the Indo-Pacific. To sight a few examples:

Drew Thompson who was the Director for China, Taiwan, and Mongolia in the Office of the Secretary of Defense from 2011 to 2018, published an insightful discourse on ODC on 02 October 2018 titled HOPE ON THE HORIZON: TAIWAN’S RADICAL NEW DEFENSE CONCEPT. Thompson (Thompson, 2018) went specific by stating: “The new concept is animated by the most critical mission of the Taiwan military: denying China the ability to land and resupply an invasion force. Beijing can use blockades, coercion, hybrid warfare, or “grey zone” pressure, but the only thing that guarantees Beijing can achieve its political objective of Taiwan’s surrender is putting Chinese boots on the ground and physically seizing control of the island. Preventing that outcome is therefore the most fundamental mission….. The challenge for Taiwan is ensuring that there is adequate defence funding for these large, prestige-enhancing platforms (that are the darlings of their service chiefs), as well as the small, manoeuvrable, and survivable asymmetric systems that are critical to Taiwan’s survival”.

On 09 April 2019, the Center for Strategic Analysis & International Studies (CSIS) invited the President of Taiwan to interact with experts under the title ‘The Taiwan Relations Act at Forty and U.S.-Taiwan Relations: VTC Speech and Q&A with Her Excellency President Tsai Ing-wen of the Republic of China (Taiwan) (CSIS, 2019). During the course of the Q&A, Taiwan’s ODC was one of the themes of discussion.

The Hudson Institute in August 2020 published a transcript of the talk by President Tsai Ing-wen of the Republic of China (Taiwan) (Hudson Institute, 2020) in which ODC figured as an important strategy to counter a potential Chinese invasion of Taiwan.

Across the Atlantic, in the UK, strategic interest on Taiwan’s ODC was reflected in various discourses. To cite a couple of examples:

Other leading analysts and Think Tanks were not far behind in engaging in this debate at various levels and their reports and interpretations are available in the public domain.

War, as we know, is a game of nerves. To draw upon Sun Tzu again, it is also a game where the objective is to dishearten the enemy and render him incapable without firing a shot oneself. It doesn’t call for too much of deliberation to understand that to do so, discerning the enemy mind and intent is the first requirement.

BH Liddel Hart in his treatise The Revolution in Warfare (Hart, n.d) pointedly says, “The most virile nation might not be able to withstand another, inferior to it in all-natural qualities if the latter had some decisively superior technical appliance”. Publicly available strategies outlined in ODC state that it aims to elaborately adapt to asymmetric war, by deploying small, manoeuvrable, and survivable asymmetric systems through which it aims to either deter or destroy Chinese invasion. In the discourses of the Think Tanks and expert opinions, we also find that such small, manoeuvrable and survivable systems have been interpreted as UAVs.

The recent conflagration in Nagorno-Karabakh demonstrated how such small, manoeuvrable and sustainable technology in the form of Turkish Bayraktar TB2, KARGU Kamikaze UAV and IAI Harop played a crucial role in obtaining victory. It would appear as though Armenian-Azeri conflict was the testing ground for some of the asymmetric capabilities that are envisaged in ODC. And the ‘test’ seems to have validated the theory.

The examples of extensive discussions and debates in Think Tanks and by strategic analysts provide illuminating discourse on each aspect of the new strategy that Taiwan has adopted or should adopt. The apparent aim of the strategic community is to apply its cumulative wisdom to ‘theoretically’ evaluate the good-bad-ugly of elements of the new strategy. More concern and excitement, if we may perceive, is added to the discourse since China is at the centre of world attention for reasons that need no elaboration. While the cumulative debates may as well attract the ears of strategists in Taiwan to evaluate the potential of their new paradigm, the discourses pouring out on public platforms cannot but fail to attract the attention of adversaries too.

This we feel, is something that Think Tanks must think about!!