Another Attempt to Denigrate India’s Democracy 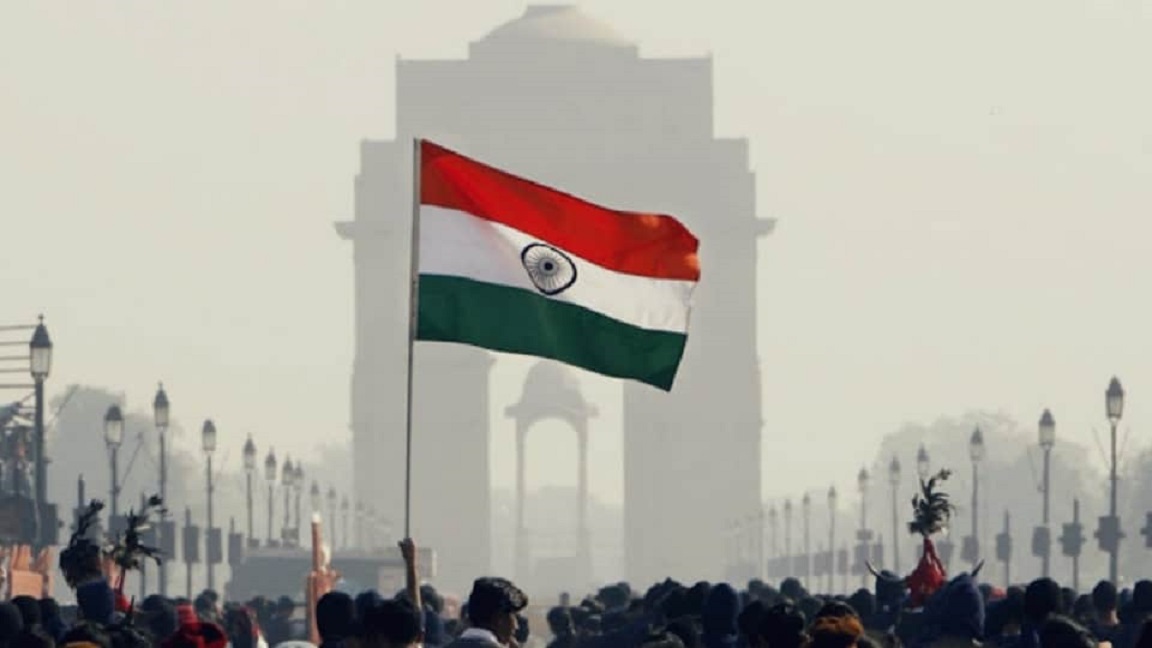 During the ongoing fraternal fight between two former Soviet Union republics in Eastern Europe, the world has been witnessing another unique clash between two democratic titans -largest versus oldest- though they are directly not involved in the war being fought far away from their geographical existences. One is India, a developing and growing economy in Asia; while another one is the superpower America in the developed West in North America. The world leaders instead of visiting, talking and counselling battle-ravaged countries and their leaders to settle the bloody dispute are found gate-crashing in New Delhi as if India is primarily responsible for the war –though unfortunately for allegedly political reasons, one of the Indian regional parties blamed Indian PM for the war.

Trigger to write this column is a tweet dated 05.04.2022 of Gerry Shih, the US’s leading and influential newspaper The Washington Post India Bureau Chief, that I quote “Modi on ‘same page as China on the issues of human rights, climate change, the treatment of religious minorities and freedom of expression …. claims of Western hypocrisy emanating from Indian diplomats could well be coming from Chinese diplos’ @SushantSin.” Gerry Shih’s tweet is in response to a column in The Caravan under the title “The Ukraine crisis spotlights the West’s need to understand India’s democratic decline” authored by one Sushant Singh, now a Senior Fellow at the Centre for Policy Research and a visiting lecturer at Yale University, the US. Countering Shih’s tweet former Indian Foreign Secretary Kanwal Sibal tweeted, “WP (The Washington Post) would love the absurdities in this article (means in Sushant Singh’s article in The Caravan) coming from a kindred spirit targeting his own country with Yale connection in mind. No one with an iota of intellectual honesty can bracket India and China on the issues mentioned. Shih expelled from China enjoying India’s freedom.”

It is a different matter that Gerry Shih, the agent of US media, one of the major pillars of the world’s oldest democracy, has got intellectual amnesia when he bracketed India and China in his tweet in so far as freedom of expression is concerned forgetting that he was expelled from Beijing for his writing against China domestic politics while in New Delhi nobody in government note his blatant criticisms of India’s policies including his above-quoted tweet.

Let us discuss Ivy League categorized Yale University’s democratic credentials. On May 24, 2016, The Economics Times reported and I quote, “Three institutions (that includes Yale University) are ‘engaged in unlawful discrimination against Asian-American applicants to their colleges’ and participate in a ‘covert and insidious scheme to enforce race-based quotas in college admissions’ in violation of the US Constitution.” This author sincerely hopes The Washington Post India Bureau Chief, Yale University Indian origin visiting Lecturer and The Caravan editor must be aware of Yale’s this aspect.

Sushant Singh in his column has narrated in great detail the constraint India faces in so far as ‘not abandoning Russia’ in the ongoing war, yet he bracketed India and China over the Russian invasion of Ukraine and blamed ‘India’s decline of democracy’ for the same forgetting the fact that in diplomacy ‘national interest matters’ irrespective of the country’s governance system. He has not quoted the support of democratic Japan and Australia -two QUAD members apart from India and the US- to India for the latter’s stand over the Russia-Ukraine war in all bilateral and multilateral forums including UNO. May I ask Sushant Singh, The Caravan and Gerry Shih: Has democracy declined in these two countries? Or since Sushant Singh has not written and Gerry Shih has not commented, the democracies are well placed in these two countries? In diplomacy ‘national interest matters’ irrespective of the system of governance.

The US-led Western democracies want India to condemn Russia for its invasion and join their economic sanctions while they, though partly responsible for Russian aggression, have not fully cut off their commodity imports from Russia to save their economies from monstrous inflationary impacts. India imports 80% of its crude oil requirement. Due to war impacted increase in fuel prices, inflation in India is sky-rocketing. And the opposition parties in India have a vested interest in highlighting inflation throughout the year. Here, therefore, a question may be raised; Is there a Western vested interest in inflation in India? This may not be ruled out in view of the Western countries and their democratic institutions are not happy with the present government which refuses to toe the Western line of thoughts on several issues which are inimical to Indian civilization ethos.

The West including the US should not forget that India is the only democracy among the under-developed and developing countries which has not only retained her geography of the time of independence but also retained her democratic credential since then and growing. Its all-round growth has contributed to world peace (India is one of the world’s biggest contributors to UN Peace Keeping Forces), protection of human rights (by fighting with Western-backed Pakistan liberated Bangladesh and its people from brutal occupation), saved lives and supplied relief for people affected in natural disasters (Tsunami, etc.), worked for the rehabilitation of terror affected country (Afghanistan, Sri Lanka, etc.), saved billions of lives by way of supplying drugs (including the US and other western developed countries) and vaccines during alleged China exported Covid19 pandemic despite domestic opposition of political outfits, opposition leaders, media and civil society who are in fact found darlings of the Western and the US-based democratic institutions, and helped build democracy in her neighbourhood such as in Maldives and Afghanistan, etc. Here, it is found very imperative to tell that after defeating Pakistan in the 1971 war, India could have retained Bangladesh a la China did in the case of Tibet, Xinjiang, etc., but did not. And America handed over a burgeoning democracy in landlocked Afghanistan to an Islamic terrorist organization called the Taliban, which facilitated al-Quada to wage a terror war against the world’s only superpower in 2001 causing the death of 3000 people in one go and hitting the Pentagon.

In view of the above, it was required that the democratic countries and their functionaries should understand each others’ problems and constraints. Now, democratic India has been facing both external and internal challenges. India’s external challenges are from authoritarian China and Islamic terrors, and internal challenges are from both Right and Left extremists supported by external forces inimical to Indian civilization ethos. This force has got new impetus with the new US regime that is wedded to the core democratic value system that allowed American ‘freedom of expression advocate’ Gerry Shih to bracket India and China on issues such as human rights, climate change and the treatment of religious minorities forgetting the United States’ own shameful records.

The US and the West want India to condemn Russia, a steadfast Indian strategic ally, for her aggression on Ukraine, and join their economic and trade sanctions. Have they including Ukraine condemned China when the latter attacked India’s unarmed security forces unprovoked in 2020 ignoring 1993-96 agreements to maintain peace on LAC?

So it is better for the West to stop defaming Indian Democracy using intellectually bankrupt Indians, if want to fight authoritarian communist-ruled China, the major threat to the world’s human rights, climate change, minorities right and freedom of expression so-called very dear to the Western value system. Yes, it is to note that India opposes war, prefers diplomacy over war and bloodshed and condemns the civilian massacre at Bucha and supports the call for an independent investigation of the same.