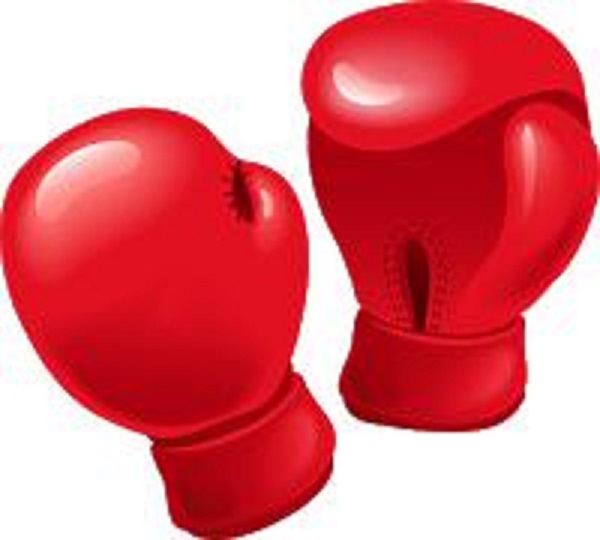 Conflict Resolution is coorporates needs to be resolved at the beginning.

There is something haunting about the way Kenny Rogers sings ‘Coward of The County’. The concluding lines of the song depict the transformation of Tommy a confirmed pacifist to a fighter.

“I promised you dad, not to do the things you’ve done

I walk away from trouble when I can

And Papa, I should hope you to understand

Sometimes you gotta fight when you are a man”

There are times when one needs to pick up a fight and take it to conclusion.

“In that case, we are striking work” thunders an agitated union leader.

“We will declare a lock out”, declares an equally agitated GM Administration

“You agree or not, we are getting married” declares a dissenting son.

Different words. Different settings. Yet essentially the same situation! A conflict is in escalation! Is escalating conflict always a natural outcome of a deteriorating situation, a one-way street to destruction? Can it be the means to force resolutions?

The first symptom to manifest in conflict is the absence of meaningful communication which turns collaborators into competitors, competitors into adversaries and adversaries into enemies. Gradually, those around the individuals are sucked into the conflict vortex, coagulating the organisation into warring factions. Individuals and groups harden views, occupy self-inhibiting positions and render themselves unreconcilable. As conflict worsens, adversaries find increasingly aggressive means to inflict grievous injuries to the enemy. Eventually, both individuals and organisations become dysfunctional.

An unreasonable union leader egged on by the might of the significant ‘violent few’ and encouraged by the insignificant ‘silent many’, can hold organisations to ransom, bleed it financially and erode its strength. An insensitive administration could delay or deny its workers what is genuinely due to them, killing productivity and germinating unrest. A difference in opinion between two individuals could become turf war between verticals in an organisation, crippling it. Allowed to fester without intervention, conflicts can spell disaster.

The same is applicable to interpersonal relationships. Insensitivity to the other’s physiological, emotional or esteem needs can initiate dissonance and turn relationships abusive. If not adequately addressed, rot sets in. Unstemmed rot in relationships destroys it.

Conflicts essentially occur between parties which assume mutually exclusive stakes in issues making it existential contests, even when mutually beneficial outcomes exist. Beyond a point in the conflict, losses incurred by oneself may not matter. Regardless of one’s own losses and sufferings, adversaries focus on planning more severe future inflictions, sliding into a mindless spiral that offers nothing more than succour in mutual decimation.

Conflicts, in the long run, have neither been beneficial to winners nor losers. Past the euphoria of victory, the lose-lose situation precipitated becomes evident. Monopolies seldom thrive long. The real resolution of conflict lies in finding win-win solutions and really convincing both of the win-win characters of the chosen option.

It is only well-intentioned, diligently planned and thoroughly executed interventions, often by a third party, which can contain conflicts and elicit resolutions. Easier said than done!

In a conflict situation, evenly matched or not, when either of the two wilfully remains oblivious to the needs or demands of the other, or out of fear of being branded loser refuses to yield, a stalemate could be the result. The stalemate could also be accentuated when one side assumes that it can weather the ‘no-go’ situation better than the adversary.

Weakness of the adversary, real or perceived, fuels the urge to continue with the stalemate. Lulled by the belief that losses suffered by the adversary are far greater than the insignificant losses being suffered by itself, the party perpetuating status quo, endeavours to keep conflict subcritical, hoping to coerce the bleeding adversary to abandon demands and come to terms with what is dictated.

Potentially detrimental to both and never a solution in itself, stalemate seldom mitigate problems. Stalemates warrant escalation of conflict as the means to elicit solution and stem losses.

Stalemates can be broken either by withdrawal or aggravation.

If withdrawal is ever an option, conflict should not be precipitated. Tactical withdrawals apart, withdrawal from conflict is defeat. Defeat comes with the ignominy of unconditional retraction, burden of consequences, known and unknown, loss of ground, face and cause. Worse, deprived of bargaining positions even in future negotiations, the burden of withdrawal haunts losers till eternity. Therefore, withdrawing, well into the conflict is nothing but defeat without redemption in sight. This must be adequate warning to parties intending to convert differences of opinion in to conflict.

Having failed to contain conflict and reached stalemate, escalation could be a catalyst to resolution

Having precipitated a conflict locked in stalemate, one possible way out is to escalate and force settlement. Escalation doesn’t guarantee desired results. It could even hasten destruction. Bleeding slowly to death through stalemate is not enjoyable either.

Irrespective of the escalation strategy and means applied, it must discretely maintain lines of communication between adversaries, for all conflicts commence when communications break and cease when meaningful communications are reestablished.

The escalating party must clearly distinguish between existential non-negotiables and elastic negotiables. Well before commencing the escalation process, it must also clearly demarcate ‘no-tread’ areas from tradable ones and fix the extent to which concessions can be made. The risk of skilled negotiators seeing through notwithstanding, few negotiables could be dressed up as non-negotiables to provide manoeuvrability in negotiations and serve trade off during the ‘give – and- take’ phase. A clear visualisation of adversary’s likely response’ and ‘could emerge’ situations is a must before escalating the conflict. This would help retain the initiative and nudge the adversary into desired positions.

A ‘dissent amongst and within’ is the worst affliction while attempting escalation. For an adversary desperately attempting to drive wedge to create inroads, fissures, however concealed it could be, are easy discoveries, windfalls easily exploited.

Even while escalating inter-personal relationship conflicts, there is a need to clearly define and demarcate negotiables and non-negotiables. Identity of the self, self-esteem and recognition of personal space must be non-negotiables to start with.

Victory or defeat, adversaries invariably emerge scarred and scathed from conflict. The bitter aftertaste of conflict persists long. While it is best to avoid conflicts, it is easier said than done.

Once conflict has been joined, it is easier to resolve it at the initial stages than trying to find ways out after much water has flown. Lingering long, conflicts slip into menacingly slow, but grievously damaging stalemate. Living the status quo could be detrimental to the interests of both the parties and the environment. Therefore, all efforts must be made to solve the conflict, even if it means escalation.