Currents of Change in Pakistan 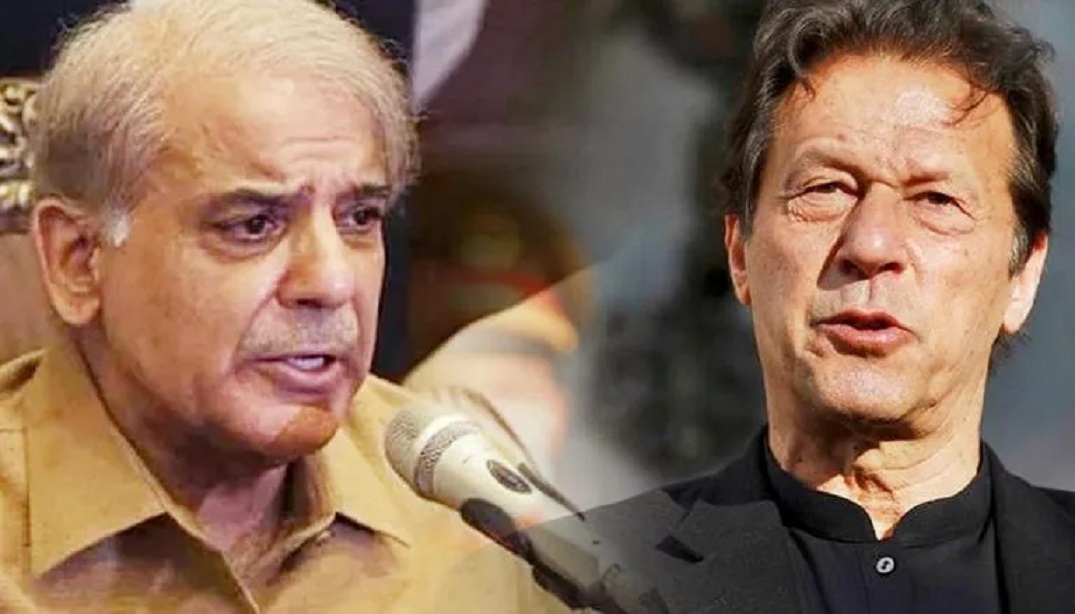 While the constitutional removal of Imran Khan may point to a new undercurrent of change in Pakistan, an uncertain future awaits it.

“The Purana Pakistan is back” beamed an ecstatic Shahbaz Sharif, the new prime minister of Pakistan. A lot has taken place in Pakistan in the last couple of weeks. While some commentators and analysts point to the reinstatement of the Pakistani National Assembly by the Supreme Court of Pakistan and the subsequent ouster of Imran Khan via a vote of no-confidence as revolutionary changes in the ‘constitutional’ journey of Pakistan, others have sounded a note of caution. They argue that the new establishment will have to face seemingly insurmountable problems plaguing the country. Pakistan is clearly on the brink- its economy is in a tailspin, the currency has declined to historically low levels, inflation of ordinary commodities has skyrocketed and the foreign policy of the country is in an imbroglio.

The possible retreat of the army?

Historically the Pakistani Army has been the most dominant institutional player in the politics of the country. Ever since the birth of Pakistan, the armed forces have commanded the lion’s share of the budget and resources. However, the recent events in Pakistani seem to reveal a potentially ‘new’ face of the army. Rawalpindi which otherwise is very vocal on the issues of power in Pakistan remained thoroughly ‘silent’ on the constitutional crisis in Pakistan.

Is this signalling that the army is retreating from its historically dominant position and promoting real democracy in Pakistan. This however may seem highly optimistic, but realists and pragmatists may suggest this as being naive. The Pakistani army argues Tilak Devasher is an institution that is a megalomaniac and will not give up so easily on the hold over the institutions and resources of its country. While the army and ISI maintained neutrality in the chain of events there is no doubt that the new PM of Pakistan is a pro-army individual. Any Pakistani head of state who tried to challenge the authority of the army either found themselves executed or ousted from power.

The army, therefore, is very much in the picture when it comes to the political game of thrones in Pakistan.

If Pakistani masters of the Afghan Taliban had expected to firmly call the shots when the new regime emerged as the de-facto government from August 2021 onwards, their imagination seems to be belied by the increasing assertion of the Afghan Taliban. Notwithstanding the fact that the Taliban cabinet has been handpicked by the Pakistani ISI and army top brass, the Afghan Taliban has shown that it will not be a puppet. To compound difficulties further, the Pakistani Taliban under its esoteric leader Noor Wali Mehsud has pledged complete allegiance to its Afghan counterpart and has called for a ‘greater jihad’ to overthrow the Pakistani institutions-most notably the army.

Further, the Durand Line seems to be on the boil with frequent border clashes between Taliban fighters and Pakistani rangers, these clashes occur due to the undemarcated nature of the contentious border areas. To make matters worse the ISIS group has emerged as a formidable force within the two countries, it has established a firm base in Nangarhar province and has demonstrated its capability to carry out spectacular cross border attacks in civilian areas, military bases, shrines, etc. These twin factors have revived the specter of continuous terror attacks in the recent past in the country which highlights the precarious security situation of Pakistan.

While Pakistan was the darling of the West during the cold years, it is now largely considered a pariah in the comity of nations. This schism was further widened by Imran Khan and his shameful pandering to the Islamist forces which were virulently anti-Western in their approach. Ties with France, the US, and Canada, to name a few nosedived.

The new Sharif administration will have a hard time dealing with these issues, while Shahbaz Sharif has the image of being a hard taskmaster and a realist administrator yet the problems that he and his new regime will face will be daunting, to say the least. However it will be quite interesting to see how the new government deals with these issues- will it really have the guts to undertake an India-like 1991 reforms or will it be the same wine in the old bottle?