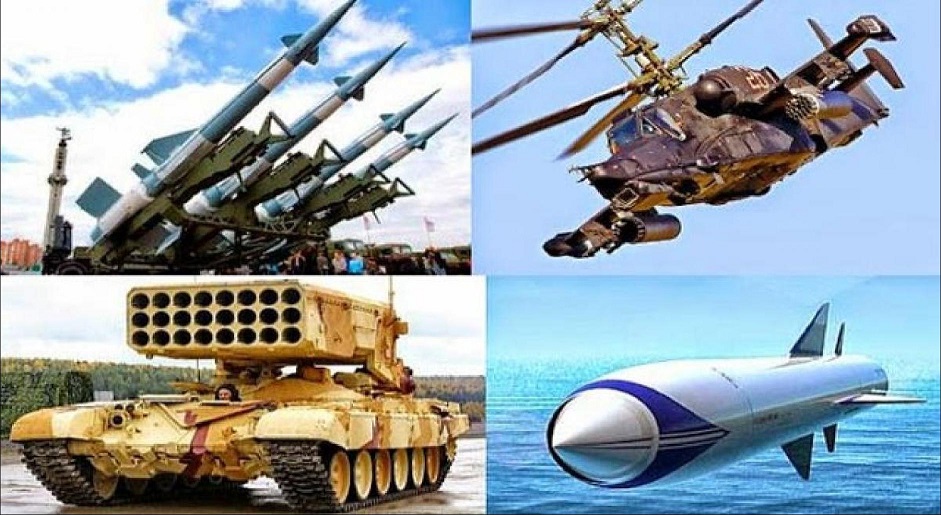 The recent border incidents at Ladakh, with the PLA intruding into the un-demarcated line of actual control resulting into an eyeball to eyeball situation with the Indian Army, has woken up the mandarins in South Block to review the strategic preparedness of the nation and give the much languishing defence manufacturing industry in the country, the needed elixir to re-vitalise the otherwise defunct ‘Make in India’ initiative launched with much fanfare five years ago.

One of the major announcements for galvanising the defence industry has been the reworking of the procedures and policies related to defence acquisition/ procurement with the formulation of two important documents i.e. the Defence Acquisition Procedure 2020 (DAP-2020) and Defence Production and Export Promotion Policy 2020 (DPEPP- 2020). The nation, therefore, needs to gear up its defence production which was best enunciated by the recent statement of the Raksha Mantri when he said: “More a nation acquires a credible combat capability and related political resolve, the lesser the probability of a potential adversary going down the path of adventurism.”

The pressure on resources was the trigger for the defence services to adopt the business models of the corporate world in managing their capability in a more cost-effective and efficient manner. What is called ‘non-core’ functions, in the military parlance, like logistics, supply chain management and maintenance of equipment got replaced by more businesslike models? In the ‘tooth to tail’ formation of the forces, it was the tail which felt the immediate impact. The concept of Performance-Based Logistics has become the preferred method of weapon system sustainment in various countries with USA and UK taking the lead. The approach called Performance-Based-Life-Cycle product support has been attributed to providing success in improvements in system readiness and reducing the cost of supporting platforms.

Leasing of capital equipment, another common commercial practice has also been adapted for military purpose. According to a research study by Naval Post Graduate School, Monterey, the decision is not ‘lease versus buy’ but ‘lease versus do without’. The question that should be asked is, “How critical is the requirement for national security?” Capital leasing allows the Government to receive and use assets immediately and spread the cash outlays over the lease period rather than frontloading 100 per cent of the cost. Thus, leasing can provide the Government with an extremely powerful tool to provide financing alternatives that normally would not be available. The US Government has leased mission-critical equipment when funds were unavailable, allowing the military services to gain immediate access to assets, while spreading outlays over the life of the lease, avoiding single-year funding spikes that compromise other programs. Leasing has also been resorted to in order to bridge capability gaps, especially if the need for an asset is short-term or indeterminate.

Leasing has been adopted by many armed forces around the world. The US had leased ships to augment military capability in World War II, the Korean War (1950-1953) as well as the Vietnam War in the 1970s. The US navy has a long history of leasing several categories of ‘off-the-shelf auxiliary support equipment’. Similarly, the royal air force in the UK has leased aircraft, including P-8 maritime reconnaissance aircraft; the Italian air force has leased 34 F-16 fighters from the US air force to ease the pilot transition from the F-104 to the Euro fighter, and the Philippines has leased the TC-90 trainer from Japan. Norway and Denmark are using leased aircraft for maritime patrol and oil pollution detection at sea.

Leasing of equipment not only provides an alternative, in a situation of fund crunch but also has the advantage to provide the much-needed capability in a shorter time span. The study titled “Rethinking the Buy vs. Lease Decision” by Jacques S. Gansler, William Lucyshyn, and John Rigilano has given the example of the US Navy MPS program, which was the first peace-time attempt to fund a multi-billion dollar military program via leasing. Due to the priority to give funds to combat programs leasing seemed the only plausible strategy for acquiring the ships as the outright purchase of the ships was considered unaffordable by Navy officials. In 1982, the Navy entered 13 long-term lease contracts for 13 MPS vessels this allowed the Navy to meet immediate support requirements through Operations and Maintenance appropriations over the 20 to 25-year contract terms rather than through large, upfront capital obligations. Within four years, the Navy received all 13 vessels. The immediate availability of these ships allowed rapid deployment to support Operation Desert Storm, Operation Iraqi Freedom, combined forces exercises, and international exercises such as NATO’s bi-annual Dynamic Mix (Bailey & Escoe, 2004).

DAP 2020 defines leasing as a ‘means to possess and operate [a military] asset without owning the asset’ and says it provides a useful way ‘to substitute huge initial capital outlays with periodical rental payments’. The leasing model, which India has evolved relates to four major weapon platforms i.e fighter aircraft, submarines, helicopters, and armoured fighting vehicles including tanks.

Leasing as a function is not new to the armed forces since as early as 1988, India obtained a nuclear submarine, “Chakra” from the former Soviet Union on lease. Efforts are on to get another nuke powered submarine, as India signed a $3 billion deal with Russia last year. It is expected to come by 2025. IAF is in the process of sending out Request for Information (RFI) for leasing trainer aircraft for a relatively short period. HTT- 40 trainer jets are being developed by the HAL, as trainer fleet of Kiran jets has crossed their age.

The Indian Navy is also planning for leasing of operational support assets and auxiliaries. This is done to avoid huge investments in manning and maintaining them. A report by Hindustan Times states that two MQ-9Bs drones have been leased for one year. The aircraft arrived in India in early November and the Navy began undertaking missions last week. Capable of operating at an altitude of 40,000 feet, the MQ-9B UAVs have an endurance of 30 hours and a range of more than 5,000 nautical miles. These drones can also be deployed along the Line of Actual Control with China if required. The naval P-8I maritime patrol aircraft, for instance, is already being extensively used along the land border to keep tabs on the People’s Liberation Army.

Last month, India inducted two American high-altitude long-endurance drones into the Navy — Sea Guardian, the unarmed version of the deadly Predator series — on lease. While these were procured under a one-year contract from an American firm, the Navy has also gone in for leasing of a logistics ship from an Indian firm.

Leasing has also certain areas of concern which must be looked into as otherwise, the entire function of investing in weapon platforms can become counterproductive. The first as some experts believe that the option to lease has always turned out to be a costly affair compared to outright purchase. There are not many examples of successful leasing of defence platforms. It would therefore be difficult to make the case to the department of defence finance that, for a particular platform, leasing would be more economical than an outright purchase.

The second aspect relates to the viability of a leasing company to come in without any incentive. It is still unclear whether the armed forces will get brand new equipment or old ones in the leasing option. Also, there is not a single Indian company that is in the business of leasing military equipment, therefore competitive procurement in the leasing category would be difficult since there would be, in most cases, just one vendor eligible.

The third aspect relates to the modification/refit/up-gradation of the leased equipment. How effectively this can be done, is anybody’s guess.

The last aspect relates to the time involved in initiating the process and getting the leased equipment. The time of 20 weeks as given out in the DAP 2020, seems unrealistic.

The road ahead, therefore, poses immense challenges to ensure that the DAP 2020 “walks the talk”. There are many proponents in the Indian Navy who subscribe to the leasing option as an alternative to buying the equipment as it enables a critical operational requirement to be met in a very short time since acquisition procedures take anything from three to seven years to fructify. I am reminded of the famous stanza of a poem by Robert Frost “The woods are lovely, dark and deep/But I have promises to keep/and miles to go before I sleep/and miles to go before I sleep.” 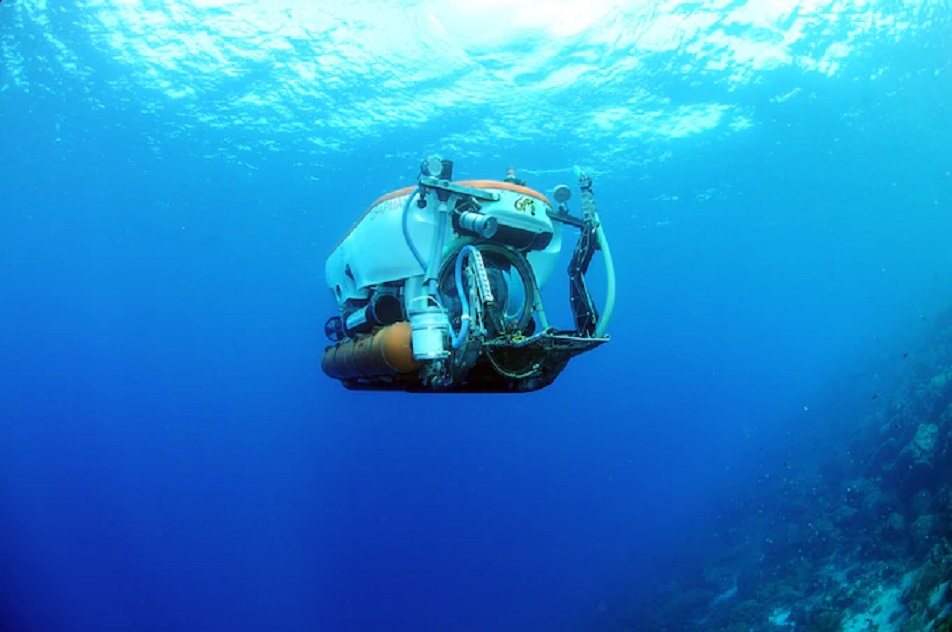