Defence Relations between India and Nepal 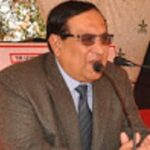 Defence relations between India and Nepal is going through a rough patch.

At the time of Independence in 1947, a Tripartite Agreement between the United Kingdom, India and Nepal was signed concerning the rights of Gurkhas recruited in armed forces of the United Kingdom and India. This agreement did not apply to Gurkhas serving in the Nepalese Army. Under this agreement, four Gurkha regiments of the British Army were to be transferred to British Army and six regiments were to be transferred to the Indian army. Pakistan also made a bid for these surplus Gorkha Regiments, but they did not press their claim, and, of course, Nepal too did not give assent to that claim. Post the 1962 conflict, China too claimed and requested Nepal for ‘Gurkha Soldiers’ to serve in the PLA, but Nepal once again did not give assent.

India today has 39 Gorkha battalions serving in seven Gorkha regiments (1st, 3rd, 4th, 5th, 8th, 9th and a new regiment raised post-1947, the 11th). Britain on the other hand has amalgamated the four regiments that had joined them, namely the 2nd, 6th, 7th and the 10th, to just two regiments, 1 RGR and 2 RGR. Further, those soldiers transferred to the British Army were immediately deployed to other remaining British colonies, in Malaya and Singapore, where their presence was required to quell the Malayan Insurgency and also to Singapore where they replaced a Sikh unit which reverted to the Indian Army on independence. Even today, these Gurkha units remain deployed in Brunei and Singapore.

Amalgamation into the Indian Army

During the initial months of the 1947-48 war in Jammu and Kashmir, there was no participation of Gorkha units. However, later, they more than made up for it in Kashmir. The Gorkhas distinguished themselves in the assault on 10,000 feet Pir Kanthi Hill and in the epic battle of Zojila. During the advance to Kargil, Subedar Harka Bahadur Gurung swam across an icy cold swift-flowing river in winter to enable a rope bridge to be built. Even today, a concrete bridge later built at that site bears his name. There were many gallantry awards of Maha Vir Chakras and Vir Chakras earned by Gorkha units in Kashmir. They also earned an Ashok Chakra, the highest gallantry award for peace during the Police Action in Hyderabad.

In every war fought by the Indian Army post-Independence, the Gorkhas have played a gallant role. They have earned several Param Vir Chakras, the highest award for gallantry.

Since 1965, both the countries started the tradition of conferring the title of an ‘honorary general’ to each other’s army chief. The two armies had been exchanging goodwill visits since 1950, when the then Indian Army chief, General K. M. Cariappa (later Field Marshal), visited Nepal. Since then, 21 Indian Army chiefs visited Nepal, while 16 Nepali Army chiefs have visited India during the same period.

The relationship between the Nepali Army and the Indian Army is the cornerstone of otherwise excellent relations between these two countries. A large number of officers and men of the Nepal Army undergo professional military courses in India. Further, a large number also have close relations (both serving and retired) with their kith and kin who serve or have served in the Indian Army.

Due to the recent political changes in Nepal, the quantum of supply of defence stores supplied to the Nepali Army has considerably reduced.

Based on an agreement during the seventh Nepal-India Bilateral Consultative Group on Security, the two countries commenced joint training at platoon level of 30 men each in 2011. The first two joint exercises focused primarily on jungle warfare and counter-insurgency operations.

Troops shared their experiences and exhibited skill sets during joint training at Counter-Insurgency and Jungle Warfare School at Vairangate in Mizoram, and a similar school at Amlekhganj in Nepal. This joint training was upgraded to a company level in 2012.

Subsequently, Indian and Nepali armies crossed another historic milestone, when a battalion from each of the countries took part in a combined training programme to ensure interoperability in the disaster-prone region of Uttarakhand.

The Indo-Nepali Joint Military Training Exercise Surya Kiran-V was conducted at Pithoragarh in Uttarakhand from Sep. 23 to Oct. 6, 2013. This was the first of the battalion-level combined training exercises between the two countries, and at least 400 soldiers from each army participated at Pithoragarh, where the focus was on ‘Disaster Response’ in the geological disaster-prone zones of the Himalayas.

In February 2016, the Ninth Indo-Nepali Combined Battalion Level Military Training Exercise Surya Kiran was conducted at Pithoragarh. During this exercise, the Indian Army and the Nepali Army trained together and shared their experiences of counter-terrorism operations and jungle warfare in mountain terrain.

These Surya Kiran series of exercises are bi-annual events, which are conducted alternatively in Nepal and India. The aim of these combined training exercises is to enhance interoperability between the Indian and the Nepali Army units.

The training focused on Humanitarian Aid and Disaster Relief including medical and aviation support. Both the armies stand to benefit mutually from these shared experiences, and this combined training, mutual interaction and sharing of experiences between both the countries further invigorates the continuing historical military and strategic ties, giving further fillip to the bilateral relations and existing strong bonding between both countries.

Article courtesy: This article was published in financial express recently.

Lt Gen Shokin Chauhan is the former Director-General, Assam Rifles. Post-retirement, he assumed the coveted appointment as the Chairman of the ‘Cease-Fire Monitoring Group’, North East and Nagaland. General is an alumnus of NDA, Defence Services Staff College, the Army War College and the prestigious National Defence College. He holds his PhD degree from the Panjab University, Chandigarh. He has served in both the Ministry of Defence and the Ministry of Home Affairs. He is the former Defence Attaché in the Indian Embassy in Nepal.