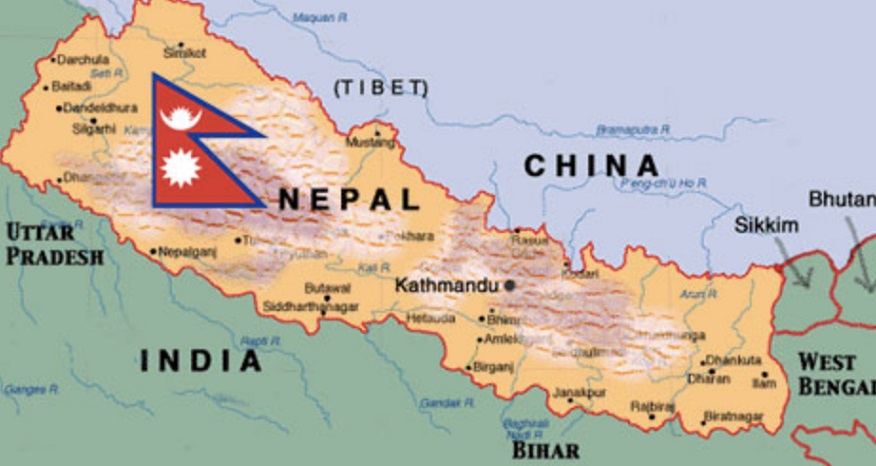 Amidst increasing turmoil in Nepal, India and China are fighting it out in the Himalayan country for great power influence, India whose confidence has been increased thanks to the recent disengagement of the Chinese troops from the north and south bank of the Pangong Tso has set its eyes on Nepal to outwit the Chinese, it will be an interesting play in the Himalayan abode between the two Asian behemoths.

Nepal has been facing internal political turbulence for the last six months ever since the incumbent Premier K.P. Sharma Oli decide to dissolve parliament and hold snap elections in April, since then a lot of developments have taken place and much water has flown from under the bridge, the Nepali Supreme Court has already declared Oli’s decision to dissolve parliament as unconstitutional and has restored the status quo vis-à-vis the parliament. Meanwhile, massive shows of strength and counter strength by the Oli and Prachanda led factions of the communist party continues, to exacerbate the complexity of the political situation there has been calls for the resurrection of the monarchy which was abolished in 2005 to make way for a democratic Nepal run by a constitution.

The man in the spotlight KP Sharma Oli is clearly in a beleaguered position, he has earned the wrath not just of the Prachanda and Madhav Kumar Nepal faction of the communist party but also the people of his country primarily because of his inept handling of the COVID-19 pandemic which has made the situation precarious for ordinary Nepalis. On the other hand, Oli is having a hard time jostling between the Asian behemoths- China and India who are vying for influence in the strategic landlocked Himalayan country.

China tried to gain an upper hand in the great game by sending its ambassador and a vice-minister in charge of the affairs of the overseas division of the Chinese Communist Party (CCP) to iron out the differences between the two warring factions of the Nepali Communist Party, but much to their dismay the two factions especially the Prachanda faction rebuffed the mediation request, instead of articulating that Nepal is capable of handling its own sovereign affairs and will not tolerate outside interference. While the decision of the Nepali Supreme Court proves a blessing in disguise for the already troubled prime minister, he will not find his task cut out as the Prachanda will in the days ahead look to vociferously contest the decision of the Supreme Court. It is very clear that Oli will still have to tread carefully between balancing his constitutional duties and keeping the throne for himself.

This is a once in a lifetime opportunity for India. When Nepal despite being an integral and vital part of China’s Belt and Road Initiative (BRI) has the temerity to look the dragon in the eyes and reject its offer of mediation India should be able to strike the iron as it is hot. India should make a strong outreach to both the factions of the Nepali Communist Party urging them to settle their differences even after the Supreme Court decision because a stable political system will be the key to a prosperous Nepal.

Firstly, establish a free trade agreement with Nepal, despite the fact that India has been the largest bilateral trade partner of Nepal the potential of the economic ties has not been unlocked. A sustained economic engagement through such an institutional mechanism will help India to reduce the impact of Nepal’s involvement in the Belt and Road Initiative (BRI).

Secondly, India must invest substantially in infrastructure, tourism, defence, pharmaceuticals inter alia in which India possesses a decisive edge over China. India must utilize its preeminent position as the vaccine capital of the world to export vaccines to Nepal at affordable rates for the Nepali people. India can export its indigenous COVAXIN manufactured by the firm Bharat Biotech to promote the make in India story to highlight the atmanirbharta doctrine as espoused by Prime Minister Narendra Modi.

Thirdly, although India and Nepal enjoy robust defence ties, yet India must try and make Nepal a part of the Quad+ grouping to contain an assertive China hell-bent on establishing its hegemony in the Indo-Pacific Region.

Fourthly, holding cultural and institutional programs and exchanges, conclaves, events, will go a long way in promoting the robustness in Indo-Nepal ties. India must however keep its vigil to prevent the influx of Chinese cultural influence through such programs on its own soil.

Stepping Up the Game

The mandarins of India’s foreign policy must prove that after the successful disengagement of the PLA forces in Pangong Tso, India can up the ante in Nepal vis-à-vis China and end up setting the template for dominance in South Asia. Nepal is the key to ensure that India’s Act East policy can also grow. Napoleon Bonaparte said, “Never interrupt your enemy when he is making a mistake”.