Four Monkeys and The Elephant 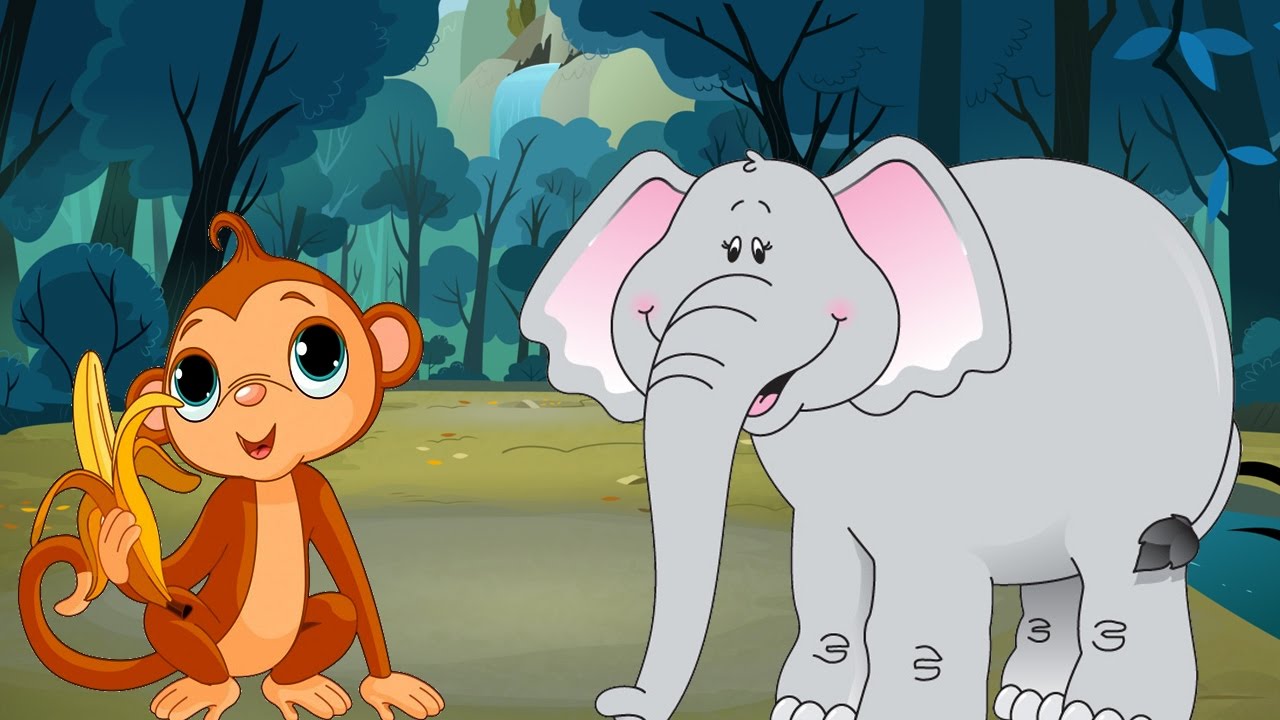 A bunch of ripe, yellow bananas hangs from the roof of a cage. Below this, there are steps leading to the bananas.

Four monkeys sitting in the cage are staring at the bunch of bananas.

Whenever the monkeys try to climb the steps to reach the bananas, a blast of cold water blocks them. In the beginning this does not deter them – they try again and again. However, after a few days, realizing that there is no point in trying to get the “forbidden fruit,” they give up and ignore the bananas.

At this juncture, the humans overseeing this experiment remove the water hose. At the same time, they replace one of the original monkeys with a new one. On seeing the bananas, the new monkey starts up the steps, but the others, being social creatures and not wanting their colleague to be drenched, pull it down before it gets blasted by water. The new monkey is startled, looks around, and tries repeatedly to scale the ladder, only to be repeatedly pulled back. Finally, the new monkey accepts the group code of conduct and doesn’t bother to go for the bananas.

Over the next few weeks, the overseers remove the second, then the third and finally the fourth of the original monkeys, one at a time, and replace them with new monkeys that have never seen the water blasts. By the end of the experiment, with perfectly ripe bananas hanging above, and four monkeys that have never seen a jet of water, none of the animals tries to climb the steps. They have all learned the unwritten rule: “you don’t grab the bananas around here.”

They created this story, not to represent any actual findings from the field of primatology but to demonstrate a wider truth about organizational life – namely, mind-sets ingrained by past practices remain ingrained far beyond the existence of the practices that formed them.

How often have we heard, when we ask a question about a particular practice or process that confuses us – “Oh, this is how it has always been done…”

This fable illustrates why any kind of organizational change is difficult. An organisation’s culture is the sum of the underlying beliefs, assumptions, values and ways of interacting in the organization. All these four aspects are influenced by and rooted in past practices. Even when these past practices are no longer relevant or optimal, the remain ingrained, leading to the organization losing its alignment with the market and the external environment.

Learn from the past

Kodak is a classic example. Not many people know that it was Kodak who invented the digital camera. However, senior management could not see the potential of digital photography. This is what they felt –

“Print photography has been with us for over 100 years. Prints are cheap and fun. So why would anyone want to look at their picture on a television set?”

Even though Kodak eventually embraced digital photography, the once market leader filed for bankruptcy in 2012.

Live in the present

Leaders, managers and professionals need to take heed. In this world of disruption and discontinuity, we cannot afford to be blinded by past practices and prejudices. We need to recognize the monkey in the room. Regardless of the risk of being blasted by cold water, we need to climb the steps again and again – till we grasp our prize.

We must remember and live by these words – “…never be a prisoner of your past; it was just a lesson, not a life sentence…”

Sadly, this mind-set is true for individuals, too. Just like companies and countries, we humans also allow ourselves to be shackled by our beliefs.

Legend has it that once, Nelson Mandela, on a visit to a neighbouring country, took a morning walk in the nearby plantation.

Not very far away, he saw an elephant tied to a tree. As he passed the elephant, he suddenly stopped, confused by the fact that this huge creature was being tethered to the tree by only a thin rope tied to his foreleg. There were no chains, no cages.

It seemed obvious to Mr Mandela that the elephant could, at any time, break away from its bonds, but for some reason, it did not.

He noticed a caretaker nearby and walked up to him.

“Good day, my friend”, he said, “I wonder if I may ask you a question. How is it that this elephant is not making any attempt to get away?”

“Well, sir” the caretaker said, “when elephants are young and smaller, we use this rope to tie them to the tree. At that age, it’s enough to hold them. As they grow up, they are conditioned to believe they cannot break away. They believe the rope can still hold them, so they never try to break free.”

Mr. Mandela was stunned. It was shocking that that this powerful animal could at any time break free from its bonds but did not because it believed it could not.

The elephant was not a prisoner of the men around it. It was a hostage to its own beliefs.

An Elephant in the Mind

How often are we like the elephant in the story?

How often do we have mental ropes around our legs that are holding us back from trying? Often, this stems from having been told we can’t do something or being told we aren’t capable of something. Other times, this arises from having tried once and failed at something and now we are convinced that we just can’t do it. We willingly stop pulling at the rope and stand resigned next to the tree.

What we believe about ourselves is the most powerful force in this world. We can choose what we want to believe. We can decide to break free from any perceived ropes that have been holding us back and go for the things we actually want. We can and must script our own destiny.

Carl Jung said it perfectly. “I am NOT what has happened to me. I am what I CHOOSE to be.”

Whether it is organizational culture or self-belief, our prisons are largely of our own making. Thankfully, our freedom, too, is in our own choices. Carve your own path to your dreams. Do not allow illusionary constraints to shackle you! 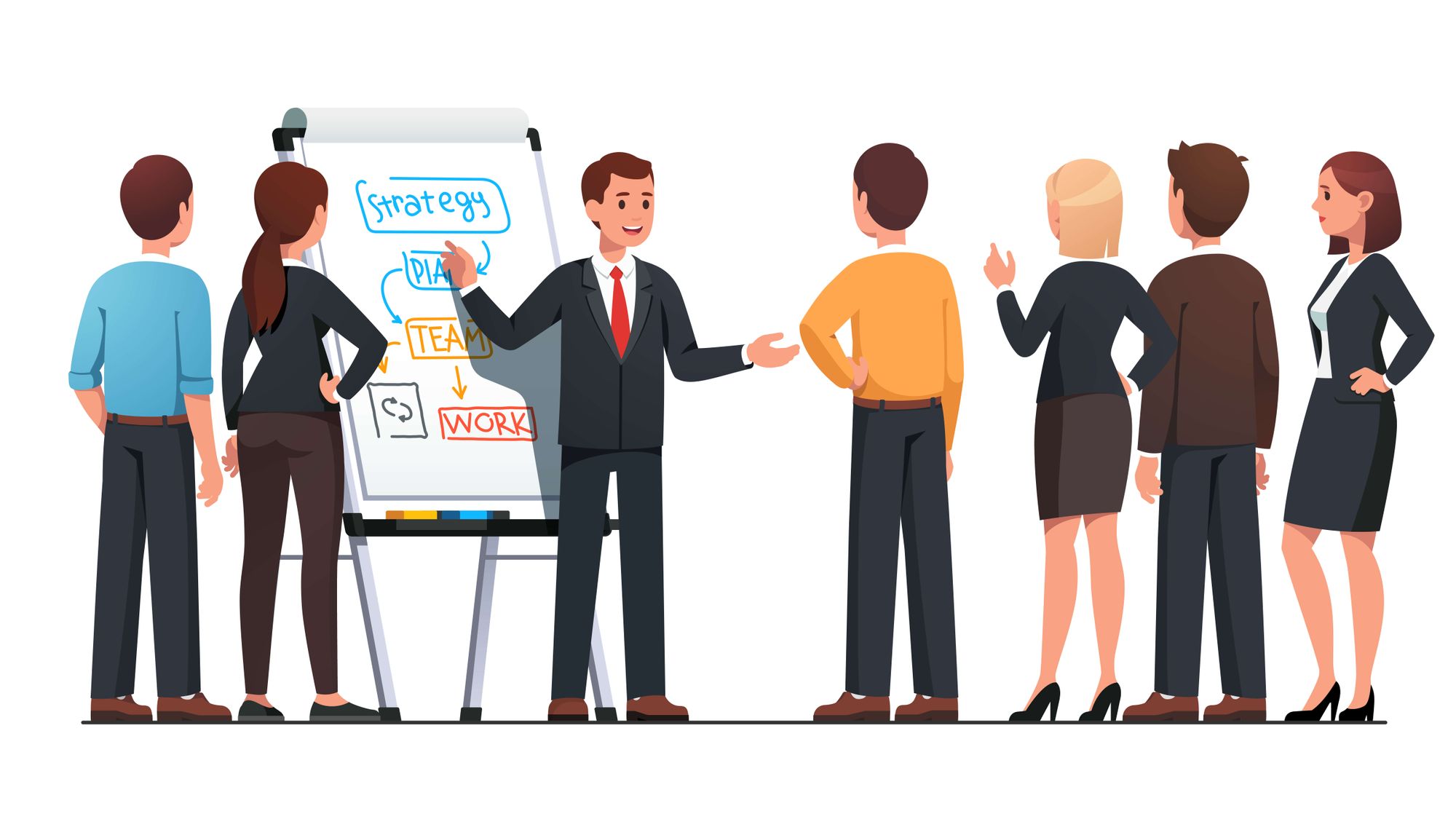