History of Naval Guns – A Technological Perspective (Part 4 of 4) 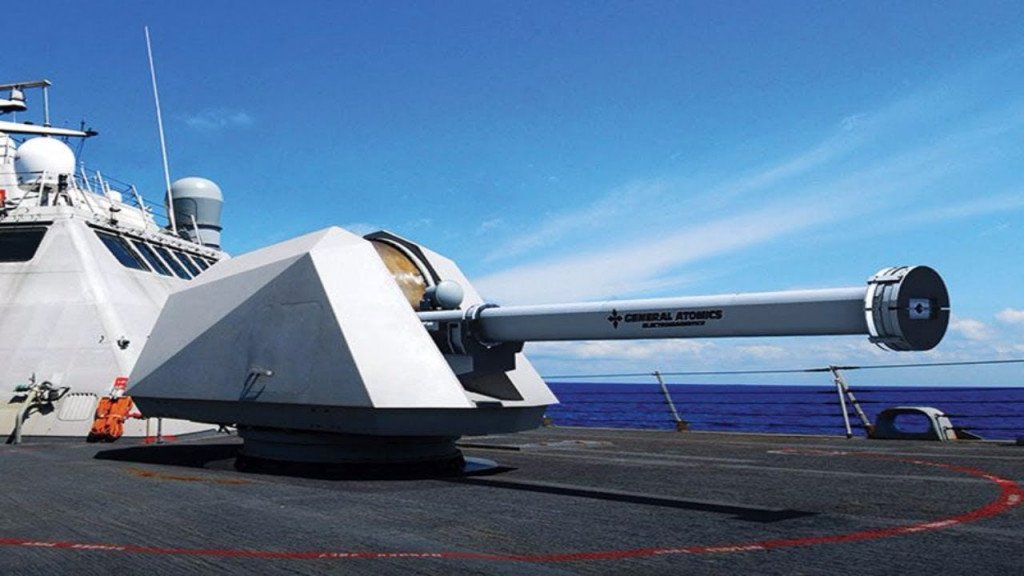 In part 3 the developments in science, electronics, technology and their impact on naval armament during the two World Wars was covered in technology. In part 4, the development of missile technology and its impact on naval guns are covered. The induction of missiles on ships initiated the demise of the large guns from the decks of ships. The changing threat perceptions in the new millennium has again highlighted the significance of the gun.

Towards the end of WW II, the threat perspectives were rapidly changing with new and emerging threats like Germany’s buzz bombs, air-launched bombs & torpedoes and Japan’s Kamikaze attacks (which can be considered as a precursor to the cruise missile). The large reaction times, huge dispersion, low probability of hit, slow traverse rates and limited elevation compounded with a slow rate of fire made the large and medium calibre guns ineffective against small fast-moving targets and precluded their use against these emerging threats. The threat vastly outclassed the ability of gun technology to be even modestly effective, even with high muzzle velocity and high rates of fire gun systems. It was apparent that the ability of a current generation of naval guns to defeat a then “high-end” air threat – from aircraft and missiles – was rapidly diminishing and necessitated a radical change in the basic approach to address this problem. The statistical data from the analysis of the aircraft engagements during the war also highlighted that the number of rounds for each kill made the gun system expensive. The heavy calibres (above 5 inches) were virtually ineffective against air targets.

The changed threat perceptions called for improvements to be introduced in shipborne antiaircraft gunfire and included increase long-range effectiveness, projectiles that are more destructive, increased projectile velocities, the high volume of fire and automatic fire control. It was obvious that the gun’s systems of the future would have a limited role in air defence, particularly against all missile attacks. The role of the gun system would be limited to hard kill measures as Close in weapons.

This led to an immediate shift in emphasis to guided missiles, as the weapon of choice, and slowed down developments in gun technology. The emergence of the anti-ship missile a fast, accurate and lethal weapon in the 1950s had an incredible number of advantages over the large, slow firing and inaccurate naval guns of that time. The successful deployment of missiles in the 67 Arab – Israel war made the large calibre gun lose their relevance in modern warfare. The development of surface-to-surface missile initiated the demise of the large guns and soon the heavy-calibre guns started disappearing from the decks of ships and were progressively replaced by sleek launchers housing anti-ship missiles.

Naval guns with calibers greater than 5 inches (127 mm) were used primarily for naval gunfire support after 1945; and no new ships were built with larger naval guns. Though designated as a dual-purpose gun capable of handling surface and aerial threats, its ability to handle fast moving targets like cruise missiles and fighter jets is limited. Today most destroyers and frigates have a single gun mount of 3 inch to 5 inch (76mm to 127mm) calibre as a backup to missile systems and for providing Naval Gun fire Support.

In this category, the 76 mm is the most popular medium calibre gun due to the excellent balance of range, firepower and rate of fire. It is light and has a small footprint, which enables it to be installed on small corvettes with ease while at the same time providing them with a significant amount of firepower. The high rate of fire of 120 rds/min and the range of 15 km makes it the perfect dual-role weapon, which can engage surface and aerial targets with equal effectiveness.

Changing Threat Scenario in the Millennium

In recent times, there has been a growing debate on the threats to ships, particularly in the littorals. There is a perceptible shift in the nature of threats to naval ships at sea. The Indian Maritime Doctrine notes that the last decade [the 1990s] has seen a surge of asymmetric attacks in which terrorists and non-state actors have carried out devastating attacks on US warships on the coast as well as in the hinterland. The non-state actors rely on cheap, improvised and easy to obtain weapons to carry out destruction/damage to high-value military targets. These groups also seek to target naval ships and establishments and other targets in the coastal areas. The asymmetric actors use traditional weapons unconventionally to inflict damage.  The weapons include man-portable missiles, explosive-laden boats, improvised submersibles and divers capable of planting mines and explosives on ships. The other threats looming on the horizon include piracy, smuggling, poaching and gun-running along the coast. Even in conventional engagements between belligerents, the weaker players could employ swarm tactics using a number of small and fast surface craft to overwhelm the existing defences of a warship as was practised by the Iranian navy against US warships in the Persian Gulf.  These threats need graded action to be initiated by targeted ships to terminate the threat at an optimum safe distance. This calls for an effective mix of small and medium calibre weapons so as to gradually and progressively escalate the response by the warship.

This obviously shrinks the range for neutralising such threats. Therefore, the engagement ranges for unconventional attacks have again shrunk to hundreds of yards as in the age of the sail. This is because both the identity and intent of an attack needs to be accurately established before engagement, particularly when operating in close proximity to the coast, where there is bound to be a large number of neutrals like fishing vessels. The case of Enrica Lexie, an ongoing international controversy since 2012, is a case in point.1

These threats have again brought into sharp focus the need for small-calibre weapons like 12.7 / 14.5 mm machine guns, which have a maximum stopping power at ranges of 1-2 km and a firing rate of 300-400 rpm. Technology has provided many improvements like advanced optical sights and tracking systems, IR sensors, remote weapons stations and stabilized platforms to increase the accuracy and lethality of these machine guns. These machine guns are effective to tackle threats like enemy boats, combat swimmers, pirates, terror attacks and are very often used for firing warning shots at the enemy. A warship could be fitted with multiple gun mounts. Trading rate of fire for significantly greater range and stopping power, they are usually the first weapons used to engage low-intensity maritime threats. Almost all the navies in the world deploy this calibre machine gun on their warships. The popular guns in this calibre are the American M2 Browning and the Russian NSV. There are a few prototype 12.7 mm Gatling guns as well, but they aren’t in service. The US Navy uses a combination of 2 x M2 Browning’s on a single mount on several of their warships in order to get a higher combined rate of fire.

In the future, advances in miniaturized guidance technology could be used to launch swarms of micro and mini UAVs from larger UAVs as high-accuracy effectors carrying micro payloads of chemicals or such other destructive compositions. The technology exists or can be developed to enable program these micro UAVs to selectively target specific zones of the ship like sensors and communication equipment on exposed surfaces to render the platform virtually ineffective. It also does not take much technology to modify the warhead of missiles to launch such multiple effectors at optimal distances from the targets to overwhelm the defences.  A single missile fired at a ship could be neutralised by the ships SAM systems while multiple swarms of micro UAVs launched from the same missile would not only be difficult to detect at extended ranges but also difficult to engage with current weapons systems. A system needs to be developed to neutralise these new threats. Ships need to adapt the existing ECM systems as Electronic guns to target drones.

Guns of 20 / 25 / 30 mm calibres which were primarily used as close-in weapon systems due to their high rate of fire since the 80s, could also be adapted to deal with drone threats. The main advantage of these guns and the associated fire control system is their ability to engage low flying aircraft at distances of 3-5 km from the ship with great effectiveness.

In conclusion, the gun has evolved over the last five centuries from the humble cannon on the sailing ship of yore to the gigantic 18-inch guns on the battleships in the recent past. Even as technology evolved and brought in new weapons into the naval battlefield, the gun has remained a constant in naval tactics. The main advantages of the gun are its versatility of employment against all types of targets (aerial, sea and coastal targets); short reaction time, which is very important for engaging surprise targets, relatively small dimensions and weight and their potential modular arrangement to be fitted on virtually all types of surface ships and no dead zones of engagements. The introduction of SSMs with their long-range and destructive potential heralded the demise of the big gun and the phasing out of the large all gun battleships after the last world war. However, missiles can never entirely replace the naval gun because of their cost, and because they have significant difficulties ineffectively, engaging targets at very short range. Modern, miniaturized guidance technology is now making it possible to turn ordinary shells into high-accuracy effectors, with a great range and a substantially lower cost than that of missiles. In addition, you cannot really fire warning shots with missiles. The emergence of new threats during this millennia has again highlighted the need for adapting guns in close-quarter engagements with terrorists and non-state actors at sea.  The gun is here to stay onboard ships.

1.https://indianexpress.com/article/explained/simply-put-2-killings-at-sea-an-international-legal-battle/.On 15 February 2012, two Indian fishermen were killed off the coast of Kerala, India, aboard the St. Antony. India alleged that the two Italian marines aboard the Italian-flagged commercial oil tanker MV Enrica Lexie killed the fishermen.