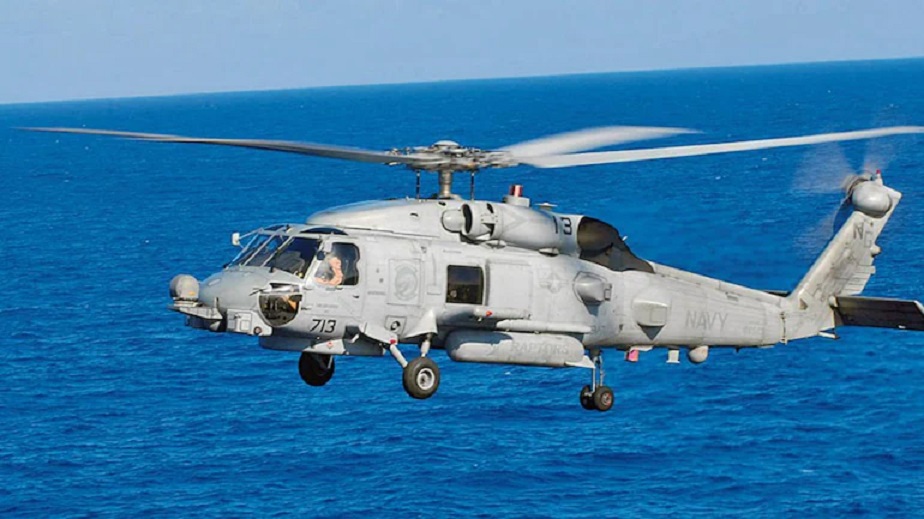 MH-60R Seahawk Choppers are deck borne and would certainly enhance the capability of the Indian Navy.

Thanks to the expansion of the global economy, the sea has become a vital strategic waterway for the transportation of goods, resources and commerce.  As a result, the protection of maritime routes has become a top priority for many countries. Multi-Role Helicopters (MRH) have proven to be one of the most valuable assets for maritime security due to their flexibility and capacity to respond to the needs of diverse theatres of operations. Reconnaissance, Search and Rescue (SAR), and medical evacuation were the traditional roles fulfilled by military choppers. Modern-day operational capabilities of the helicopter have expanded to include Anti-Submarine Warfare (ASW) and Electronic Warfare.

Helicopters for naval applications frequently operate in harsh and challenging environments; hence the need to design and build them as flexible multi-role platforms capable of performing a wide range of missions from coastal patrol to SAR, humanitarian support, counter-terrorism and piracy, anti-submarine and anti-surface warfare. [1] Despite modern networked sensors, extensive use of satellite resources, unmanned aerial vehicles (UAVs), the MRH still remains the fleet’s “eyes and ears beyond the horizon”. [2]

In 2012, the Indian Navy drafted a key document titled ‘Maritime Capability Perspective Plan’ (MCPP), which envisaged an optimum force mix to address future challenges. The Plan had laid out an objective for force development and modernization over 2012-27. In pursuance of the same Plan, 24 MH – 60R Multi-Role Helicopters (MRH) are being procured under the ‘Buy (Global)’ Category through Foreign Military Sales, signed on 25th February 2020. These helicopters are a replacement for the Sea King 42/ 42A helicopters already decommissioned in the 1990s and envisaged to operate from frontline ships and aircraft carriers, providing them with the critical attributes of the flexibility of operation enhanced surveillance and attacking capability. [3] On 16th July 2021, The Indian Navy was handed over its first two MH-60R Seahawk multi-role helicopters (MRHs) in a ceremony held in San Diego, United States.

As part of the Indian Navy’s commitment to the ‘Make in India’ initiative, the OEM M/s Lockheed Martin would also be discharging offsets through the transfer of technology to Indian Offset Partners to manufacture products services. This would enable absorption of niche technology, skill development and manufacture of eligible products/ services, leading to generation of employment, skilling of MSMEs and indigenous production of products for buy-back by the OEM. [4] The delivery of the helicopters comes at a time when the Indian Ocean Region is witnessing increasing security threats due to growing militarization and naval presence by other nations.

Sikorsky Aircraft manufactures the MH-60R Seahawk, a multi-mission helicopter. Sikorsky has had a long and illustrious history in the helicopter industry. It produced the first helicopter to transport a US president, Dwight D Eisenhower, in 1957. The US president’s helicopter, known as “Marine One,” is also a Sikorsky machine. Sikorsky also manufactures the famous UH-60 Black Hawk, a stealth model of which was utilized in the raid that killed Osama bin Laden.

It is thought to be the most advanced maritime helicopter in the world. The helicopter is equipped for a range of missions, including anti-submarine warfare (ASW), anti-surface warfare (ASuW), search-and-rescue (SAR), naval gunfire support (NGFS), surveillance, communications relay, logistics support and personnel transfer, and vertical replenishment (VERTREP). The helicopter is fitted with a 2,721.55kg (6,000lb) cargo hook for vertical replenishment missions. Lockheed Martin, Owego, is the mission system’s integrator. [5]

The MH-60R combines the SH-60B and SH-60F aircraft’s features. An MTS-FLIR, the AN/APS-147 multi-mode radar/IFF interrogator, an enhanced aerial fleet data connection, and a more advanced airborne Active Low-Frequency Sonar (ALFS) are among the sensors onboard (ALFS). The inclusion of modern Mk-54 air-launched torpedoes and AGM-114 Hellfire missiles improves offensive capabilities. Furthermore, the helicopter’s capability of prolonged maritime operations and seamless integration with the P8i (ASW aircraft) and ships at sea makes it a ‘Force Multiplier’.