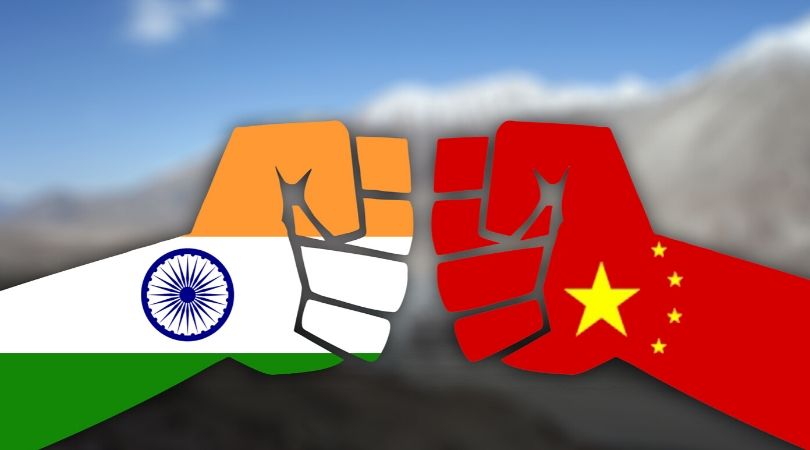 During the wee hours of 15 Jan 2020, men of the 16 Bihar Regiment set out to patrol point number 14 at Galwan Valley in pitch dark ice-cold conditions on a mission to evict the Chinese. During the engagement, Indian soldiers were heavily outnumbered by the hidden Peoples Liberation Army (PLA) soldiers who had barb-wired poles in their hands. Despite all odds, Indian soldiers stood their ground against the aggression of PLA soldiers and pushed them beyond patrolling point 14. Many would have slipped into the river below during the scuffle. In this do-or-die battle, twenty men of the Bihar regiment sacrificed their life. Unofficial sources confirmed an equal number or more casualties on the Chinese side also. This is the first time in modern military history that troops belonging to two neighbouring countries went for a brutal ferocious fight with sticks and boulders sacrificing their lives. Even though they had sophisticated weapons hanging behind their neck, the protocol restricted them from firing at each other. The level of motivation of the Commanding Officer and men of the 16 Bihar Regiment of the Indian Army is admirable and is of the highest order.

PLA always wanted to enjoy the tactical advantage they could ensue by retaining the heights across the valley where Shok and Gallowan river confluence. The valley mouth adjacent to Darbuk-Shyok-Daulat Beg Oldie (DSDBO) road falls within the Indian side of LAC. Chinese want to occupy the heights adjacent to the valley mouth to establish surveillance points on the DSDBO road, which was denied by Indian soldiers. They also wanted to construct a road towards patrolling point 14 along the Gallawon river by restricting the flow of water.

On the other hand, India constructed a bridge across the Shok river and a road along the Gallowan river towards patrolling point 14. The up-gradation of infrastructure by the Indian Army at the valley mouth has cast doubts in the mind of the Chinese. Gearing up of border infrastructure along the 4000 km LAC in the last few years by Border Road Organisation (BRO) has infuriated the PLA many times. DSDBO road will become the gateway to Karakorum Pass, Aksai Chin, and the Chinese highway G 219.

Why China Is Worried?

China has invested billions of dollars on the Belt Road Initiative (BRI) which is a regeneration of the century-old Silk Road connecting China and Europe. This project has already run into trouble. The Highway connecting Gwadar port in Pakistan to Urumqi in China is also an extension of BRI. This highway passes through the ‘Khunjerab pass’ in Gilgit Baltistan before reaching Kashgar in China. Ever since India started talking about the return of the Pakistan Occupied Kashmir (POK), China is worried about the future of this highway, CPEC and Chinese-occupied Kashmir, Aksai Chin.  To counter the possible move of India advancing to Aksai Chin, the Chinese want to establish access points to cut the supply line to Daulat Beg Oldie. Easy access to the DSDBO road running parallel to LAC and Shyok river can prevent the advancement of India beyond Karakoram Pass. The attempts by China to intrude across the Ladakh LAC are aimed at establishing connectivity between the DSDBO road across the Shyok river from the Chinese national highway G 219.

The Galwan Valley scrimmage is a major turning point in the Indo-China relationship. India cannot trust China hereafter on both diplomatic and military fronts.  The protocol on the limited use of firearms between India and China along LAC has lost its relevance and GOI has already given consent to the Indian Army to review this restriction in the future. Now Indian soldiers along LAC can be warriors rather than gentlemen to the Chinese.

The sudden change in the diplomacy of Nepal needs to be scrutinised and needs to be dealt with at the diplomatic and military levels. Currently, the Chinese are influencing our neighbours including Nepal. Neither Russia nor the US is going to support India in a war against China since they have strong economic ties with China. India has to fight this war alone.

The dependability of the Indian economy on China needs to be minimised at the earliest. China is no more a friend whom India can rely upon in the future. Our industry should find sources other than that of China. Aggression from India is a must to keep the Chinese away. India should never be submissive at the LAC or the negotiating table.

The strong remarks on China as ‘Expansionist’ by the Prime Minister of India, that too from a podium in the war-torn area of Ladakh has far-reaching implications in military diplomacy across the world. The stature India enjoys post-Galwan among the Chinese enemies has changed for the good. India has now emerged as the single most contender who could challenge the Chinese hegemony in Asia.

India can initiate a campaign against China for claiming economic compensation for pandemic-affected nations. India can also highlight the aggressive ‘Expansionism’ of China along its international borders and at the South China sea. Indian diplomacy should harness support for the return of Aksai Chin, Tibetan Sovereignty, freedom of Xinjiang Uyghur Autonomous Region (XUAR), and transfer of Senkaku islands to Japan. Human rights violations at Hongkong to be highlighted at every forum in the world. The current intrusion into Nepal and Bhutan needs to be countered by taking those neighbour nations into confidence.

The motive of restoring the silk route by Belt Road Initiative (BRI) needs to be curtailed. Nations around the world to be made aware of the debt trap being laid by China in the name of providing infrastructural assistance. Many developing and underdeveloped nations are victims of monetary assistance from China. The infamous project of China ‘String of Pearls’ needs to be countered.

On the trade front, we should explore the substitution for the products being imported from China and if possible try to capture the overseas market from China. This needs to be done in a planned phased manner. ASEAN remains one of its major trade partners of China. This forum can be used as an instrument to leverage the hegemony of China.

Form a strategic alliance with like-minded nations in the Asia Pacific. QUAD is an informal strategic forum between India, the US, Japan, and Australia, which can be upgraded to a strategic alliance. Apart India should take an aggressive approach to claim permanent membership in UNSC. The project ‘jade necklace’ to counter the ‘string of pearls’ needs to be speeded up.

Confidence Building Measures (CBM) have to be initiated by India towards the prevalence of peace and coexistence along LAC. Following military actions are imperative for India to neutralise China apart from the disengagement of the present advancement along LAC.

Continue diplomatic and military level talks with China to resolve existing border issues. Engage with China towards freezing the international border between India and China and establishing a mutually acceptable buffer zone.

Beef up online satellite surveillance along LAC. Deploy more Ghatak Commandos along LAC where the aggression is anticipated. Synchronise the ITBF and Army function along the Ladakh border. MHA and MoD need to devise methods to eliminate the bureaucratic clutches between forces under them. Boost force level and patrolling along the Chinese border to anticipate the belligerence. Identify and occupy strategic heights along LAC where the deployment of troops and weapons can be done in case of any eventuality.

Strengthen military and diplomatic relations with all the Chinese neighbours. Establish round-the-clock surveillance at Malacca straights towards monitoring the trade/supply lines. Offer military training and support to nations sharing borders with China. Engage with nations around the South China sea to share their infrastructure, seaports, and airfields.

Shadow Chinese ships/ submarines entering the Indian ocean. More impetus should be given to joint exercises with leading Naval forces at the South China sea.

China is the numero uno adversary for India and hence we have to equip our forces accordingly by rationing adequate funds in future budgets. India to gear up cyber warriors and media houses to win the propaganda war.

A normal chessboard has 64 columns. But when we play the same with Chinese, the board may have 128 columns or more. The canvas is very big. The ‘string of pearls’ around the subcontinent is tightening the noose on many of our neighbours. We have to create the ‘jade necklace’ shield to protect our sovereignty and economic independence.