Regime Change in Pakistan and the Chinese BRI Dream 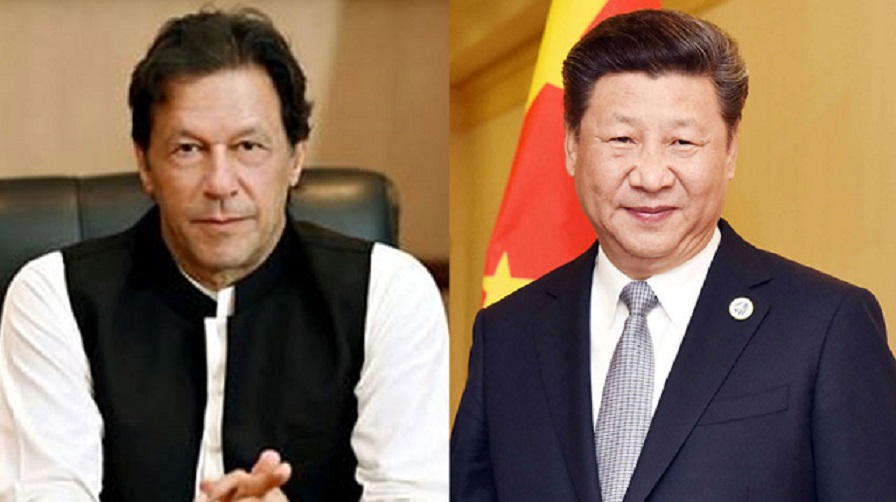 Is China worried over Regime Change in Pakistan?

The New Indian Express (Coimbatore Edition)1 reports today that a regime change is likely in Pakistan by Sunday. With parties pulling out support for PM Imran Khan, he is likely to face a ‘no-confidence’ motion and may be out of power. The report says the Chief of the Pakistan Army, General Bajwa and the ISI Chief have already advised Imran Khan to step down or face the consequences.

Chinese Foreign Minister Wang Yi visited Pakistan for three days from 21st to 23rd March. While the apparent reason was to attend OIC Meeting (the first ever by Chinese FM), he stayed for three days in Pakistan. During the visit, he had talks with PM Imran Khan, his counterpart Pak FM Qureshi and Chief of Army General Bajwa.

While such interactions are quite routine in such high power visits, what was unusual was the Chinese Foreign Minister discussing CPEC, Afghanistan and the 3rd Meeting of Foreign Ministers on Afghan Issue, with the Chief of Army.

On the contrary, the Chinese FM discussed India’s so-called human rights violation in India-occupied areas of Jammu and Kashmir and on a recent firing of the missile from India into Pakistan, with Pak FM! These official discussions do raise some questions:

Interestingly, the Chinese official foreign ministry release itself provides some indicative answers to these questions3.

(While discussing with General Bajwa,) Wang Yi congratulated Pakistan …saying that China appreciates the positive efforts and important contributions made by the Pakistani military over the years to consolidate and enhance the all-weather strategic cooperative partnership between China and Pakistan, ensure the safe and smooth development of the China-Pakistan Economic Corridor and safeguard the security of Chinese institutions and personnel in Pakistan. Wang Yi said, the Pakistani military has played the role of a stabilizer and ballast stone in building a closer China-Pakistan community with a shared future in the new era.

Bajwa said, the Ukraine issue is very important, but the international community should not ignore the Afghan issue. Pakistan appreciates and supports China’s hosting of the Third Foreign Ministers’ Meeting on the Afghan Issue Among the Neighboring Countries of Afghanistan and believes that the international community should pay more attention to and invest more in the people’s wellbeing and security issues of Afghanistan.

Wang Yi said the Afghan issue should not be solved by exerting pressure or imposing sanctions, but by drawing on the wisdom of the East to promote dialogue and communication. Both China and Pakistan encourage the ruling authorities of Afghanistan to actively build an open and inclusive political architecture, implement moderate and prudent domestic and foreign policies and resolutely combat terrorism in all its forms. Noting that Afghanistan enjoys favourable geographical advantages, resource endowment and development potential, he said that the international community should support Afghanistan in finding the right path to developing its economy, improving people’s wellbeing, and realizing self-reliance and self-improvement.

Considering the timing of the visit amid political developments in Pakistan3, it appears that China is indeed worried about CPEC which is critical to its BRI dream. Going by the official statements issued by China, it is evident that some guarantees were being sought from the Pakistani Army to protect CPEC from the vulnerabilities of regime change in Pakistan.

It is also apparent that the role of the Pak Army in securing China’s interests by preventing the spillover of Islamic terror into the Uyghur region (though not specifically mentioned) underwrote Chinese concerns. That perhaps explains the stopover visit to Kabul also wherein, in his discussions with Taliban FM Muttaqi, it was reported, that the talks included4:

By its aggressive checkbook diplomacy, China has already enticed Pakistan into a debt trap that it can never aspire to service5. The political instability and regime change in Pakistan adds another dimension to Chinese concerns. At the same time considering that rampant corruption is a dominant feature in Pakistan, especially in the Army, it is rather obvious why the Chinese FM chose to discuss the issues that he did with the Pak Chief of Army Staff. In Pakistan, the Army calls the shots is perhaps an understatement. The Army controls the nation and its economy6, as is manifest from tons of evidence in the public domain. As the Wire says, In Dumping Imran Khan, Pakistan Army Seeks Face-Saving and Not Course-Correction. The army remains doggedly averse to ceding its monopoly over defining the ‘national interest’ and formulating national security and foreign policies7.