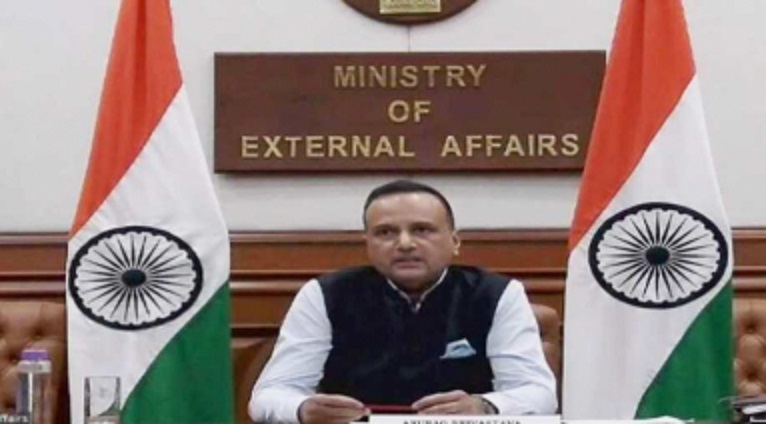 China has clearly indicated its revisionist intent and any Indian strategy to deal with this challenge has to include coherent strategic communication that expresses Indian resolve. It is worth reflecting that in spite of the Indian Armed Forces having not shown any signs of weakness since 1962, the PLA chose to up the ante in Doklam, Chumar and more recently in Galwan and Pangong Tso areas. That they are now trying to put the genie back in the bottle as far as recent transgressions are concerned, could be part of a strategy involving probe, push and gradually nibbling away at Indian claims. However, these actions could also have been a miscalculation of Indian resolve and capability. In either case, these may well be a consequence of India’s lack of coherent strategic communication when it comes to China and emphasises the need to revise the underlying strategy guiding such communication.

India has in the past been successful in leveraging its soft power in pursuit of national objectives and in its strategic communication. Examples include deriving economic and political advantage from both the USA and the USSR during the cold war era; obtaining favourable international acceptance and US public support to military operations in East Pakistan (now Bangladesh) in 1971 despite Nixon and Kissinger, and in the post-cold war, era being viewed as a stable and responsible democratic country which in turn has brought economic advantages and strengthened India’s national power. This soft power is not necessarily a consequence of state efforts but is also driven by India’s genuinely rich culture and its versatile citizenry. Although it does take a beating from the Indian political establishment mired in politics of difference as well as real issues of corruption and poverty that plague the country, India’s voice is undeniably heard, recognised and respected.

The current political establishment too has been able to leverage India’s soft power and has even been coherent in its strategic communication, especially when it comes to Pakistan. Actions and statements right from invitation to Pakistan’s Prime Minister Nawaz Sharif on 26 May 2014 to the more recent ‘surgical strikes’ and ‘Balakot air strikes’ appear to have been aimed at communicating to Pakistan a desire to engage, but not at any cost. A firmness of resolve and decisiveness in politico-military response to Pakistan’s constant rhetoric and state sponsorship to terrorism in Kashmir has been put forth, which has generally been accepted by the World.

However, when it comes to strategic communication on China, there is delay and even incongruence in statements made by the Indian polity, senior bureaucracy and even the higher military leadership, although there has clearly been a change in “status quo” as stated by the Northern Army Commander on 25 Jul 2020. This lack of timely communication tends to cede information space to the Chinese, Indian and World media as well as a number of “experts” that repeat entrenched views or do not help any long-term Indian strategy.

The US government believes that strategic communication is about synchronizing whole of government actions and words, and how these are perceived when communicating with different audiences. Joseph S. Nye, Jr very aptly stated that in today’s information age, it is often the stronger story that wins. China understands this concept well and has invested heavily in what it calls the three wars strategy – legal, public opinion/media and psychological warfare. As part of this, it has created a coherent narrative about its land and maritime borders where there were none. Examples are visible in the heavily militarised islands created in the South China Sea and the narratives built around its claims on Senkaku islands. Against India, China’s claims and narrative of an ancient border are completely imaginary and fictional. The reality is that the Himalayas were always a natural frontier between two ancient civilisations, and any attempts by British India to delineate and demarcate a border between Tibet and India or Tibet and China were stymied by the Chinese. Even the narrative of one China and their claim over Tibet and Xinjiang are tenuous. There have been long periods of time when these areas have exercised their independence. The world has largely been complicit in accepting this claim at the cost of Tibetan and Uighur nations, because of both a strong Chinese storyline and a desire to engage with a populous and prosperous China. India can ill afford to tow this narrative and needs to put forth its story clearly and its resolve strongly.

So far, when it comes to making any statements on China, the entire establishment first gets struck with paralysis, and then finally the Ministry of External Affairs clears some carefully sanitised words to be spoken by either the polity or a senior military/bureaucratic official. When it comes to issues on the Line of Actual Control (LAC), it is generally too late and by then speculations in different media have taken away the initiative, leaving different government establishments to salvage whatever best they can. Since the history of India’s borders with China as well as official accounts of past conflicts (1962 and minor skirmishes/transgressions thereafter) are closely guarded secrets, there is immense confusion in the minds of the average domestic audience. Even analysts need sustained research to be able to understand current happenings on the LAC. This is dangerous as domestic public opinion can drive either unprepared aggressive actions or inaction through obfuscation of truth by the government. Moreover, it plays into the Chinese narrative of contesting our border claims and therefore needs to be corrected.

A good beginning would be by releasing official historical accounts and/or releasing a white paper on the historical and geographical background to India’s borders with China. Given that the Chinese have indicated no interest in arriving at a border solution and are working at a strategy that keeps India embroiled within South Asia, a changed Indian strategy that catches the bull (or in this case the dragon) by its horns is needed to encourage China to move forward on the border issue. This would enable creating a constructive domestic opinion that is based on facts and one that does not succumb to conspiracy theories or adversarial propaganda.

Second, India needs to take lessons from the Kargil War where the information space was actively filled through daily joint government and armed forces briefings. A similar and regular briefing to accredited media personnel by the government on India’s border happenings, military and foreign policy issues and geopolitical events impacting India is now imperative. Where required, Armed Forces spokespersons can be brought forward by the government. Continuing with a structure that places officials of the Ministry of Information and Broadcasting in different ministries to give the party line message to their media connections is a relic of the past. Speed of information and work culture of protecting information has made organisations like the DPRO (Defence Public Relations Office), and appointments like the Additional Directorate General (Media and Communications) who as per Twitter is the “Principal Spokesperson of the Ministry of Defence” irrelevant, confusing and expensive. If conspiracy theories and rumours on national security matters have to be stopped to allow better strategic communication, structural and cultural changes that support increased transparency and clear messaging have to be enabled.

Third, India needs to clearly communicate on the contours of its relationship with the other three Quad countries, viz.  Australia, Japan and the US. A few articles or statements on common geopolitical interests in the Indo-Pacific region and individual logistics or interoperability agreements with Armed Forces of these countries can at best be defined as posturing. In fact, India’s separate Naval exercises with the US Navy or Malabar exercises with Japan and the US without including Australia indicate that India is not yet ready to commit to the Quadrilateral Security Dialogue in what could be perceived as a military alliance against China. This makes India appear weak and makes such engagement counterproductive. Hopefully, the Malabar exercises in November 2020 will also include Australia to convey a firm message to China and attract the positive attention of other Indo-Pacific nations. India now needs to move beyond posturing and work with other nations of the Indo-Pacific region to create a political and military alliance that keeps China’s revisionist agenda in check. The reality is, that while the Indian Armed Forces are capable of defending India’s land and maritime borders, the Chinese challenge to India’s economic and geopolitical interests cannot be defended alone.

Coherent strategic communication that makes China reconsider its options to challenge Indian interests will happen only when actions match the talk and the talk is timely. If anything, the time to do nothing is over.