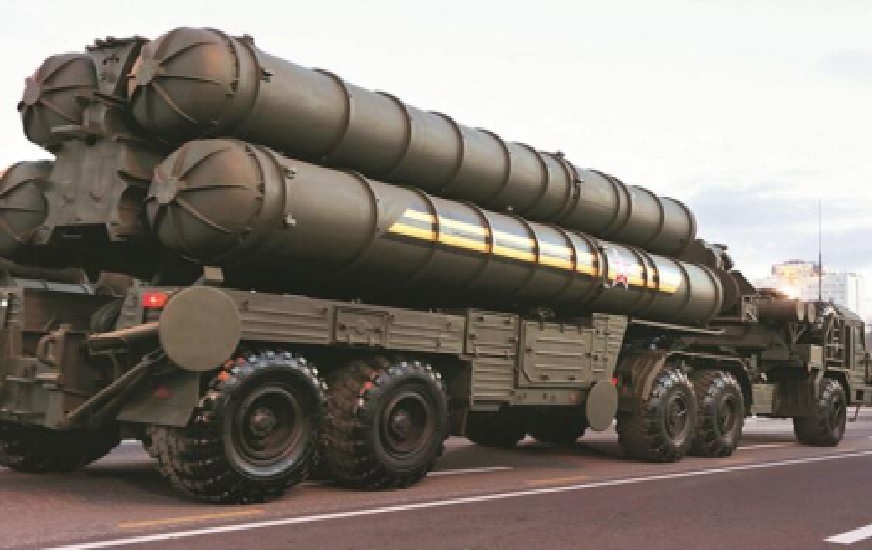 This is the second part of the three article series. This part gives an insight into the subsystems of S-400.

In the first part of the article, we have seen the basic features and characteristics of the S 400 system. In this second part, we will venture into the characteristics and capabilities of sub-systems which are getting delivered to India as a part of the contract.

The details on deliverable as per Indo-Russian contract on S 400 is not currently available in the public domain. Each of the five S-400 systems comes with the following core components:-

Sub-Systems and Structures of S-400

The main control station (55K6E) has visual display stations manned during the operations. Sub-systems are interlinked with a data link backbone. The integrated system has five consoles manned by five crew comprising one Air Defence Unit Commander, one Air Situation Management Officer, two Fire Control Officers and one Engineering Officer. The entire function of surveillance, target acquisition, target designation, prioritisation, tracking and engaging targets is done from this control system. The system can map and analyse the tactical situation of the battle-prone area. The decision to launch the most appropriate missile against each target is taken by the control station crew.

The radar is tasked for identifying, acquiring and tracking aerial and ballistic targets. It is enriched with Electronic Counter-Counter Measures (ECCM) capability to overcome Electronic Counter Measures (ECM) features of the approaching target. Radar is a passive phased array with conventional modes as well as a circular scan, fixed sector scan, electronic beam steering in elevation and azimuth. The antenna bore-sight can be mechanically tilted upward to large extend in order to steer the electronic beam to cover large elevation angle towards detecting re-entering ballistic missiles.

The ‘Grave Stone’ is the fire control Active Electronically Steered Array (AESA) radar which features manual and automatic sector search, target acquisition and tracking. The ECCM is found to be superior among the peers and has better capabilities in target detection at low altitude cluttered environments. The radar also has Identification Friend-or-Foe (IFF) capability to avoid firing friendly platforms. The system is capable of prioritising targets and specific areas for missile launches. It can provide mid-course corrections to missiles while tracking the targets. It can also control missiles with direct command link mode as well as the semi-active homing guidance mode. It also has the unique Track Via Missile (TVM) (Seeker Aided Ground Guidance, SAGG), wherein the missile seeker down-links the data for computation and calculates the future position of the target.

Data exchange between the ‘Grave Stone’ radar and Battle Management System is fully automated. The radar can track up to 100 targets in Track While Scan mode and perform precision tracking of six targets concurrently for missile engagements. The feature of increasing radar aperture power increases the capability to engage low Radar Cross Section (RCS)/stealth targets.

Mobile launcher (5P85TE2/SE2) is a self-propelled mobile Transporter Erector Launcher (TEL) hosted on a MAZ-7910 truck chassis. The TEL vehicle can carry up to four launch tubes holding a mix of missiles. The launcher can deploy within 5 to 10 minutes of time. The selection of missile and launch is controlled from the control station via data link. Each tube can carry a single big missile or a combination of four small missiles. The command to launch an appropriate missile comes to TEL from the control station.

“Cheese Board” (96L6E) is a 3D early-warning and acquisition radar operating in C-Band, an add-on radar for S-400. This is a phased array radar with 96 radiating rows and employs mechanical beam steering in azimuth and electronic beam steering in elevation. The radar is designed with ECCM features to provide high jam resistance and high clutter rejection. The three modes of operation include low altitude, all altitude and sector search. The radar can measure range, azimuth and elevation; it can perform up to 100 local tracks automatically and can classify and designate four different types of targets as aircraft, helicopters, UAVs and missiles. It can be operationalised in just five minutes.

The mobile mast systems (40V6M/MD) is a unique feature of the Russian air defence system where different types of radar can be fitted on top of mast specifically to target low flying fighter jets/missiles. Clam Shell (76N6) is a low-altitude Frequency Modulated Continuous Wave (FMCW) search and acquisition radar designed to detect and track the approaching and receding low radar cross-section targets, particularly cruise missiles. The system will detect targets at extremely low altitudes in ground clutter under against ECM. The 40V6MD mast is 39 m tall whereas 40V6M is 23.8 m tall. Both overcome the line of sight constraints to track the low flying targets. The image below depicts how early we can detect low flying target Over-the-Horizon (OTH) with the help of a mast. Mobility of the radar platform provides added flexibility for deployment.

The added advantage of having mast-mounted modular radar transmitter-receiver is depicted in the image above. The line of sight for detection can be increased specifically for low flying missiles. Mobile towable masts can switch the location under camouflage towards plugging the blind spots in the air defence system.

In part 3 of this article, we will see the variants of missiles of S 400 being used for air defence