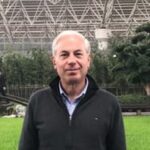 The dysfunctions of the international system translate into asymmetrical threats, the spread of insecurity, and domination projects encapsulated in new power policies that explain the transition of geopolitical variables within the global system, giving place to the development of new paradigms.

Thus, once the Second World War was over, the Potsdam Conference (1945) marked the beginning of a transition, in which the initial cooperation was transformed into conflict, framed in the Cold War Paradigm (1947-1991) as a result of the strategic conduct of two power systems that fed back on crises, avoiding a total war and settling differences in sub-nuclear conflicts on the periphery of the system. This period witnessed Japan’s economic boom, verifiable in the variables of productivity and trade expansion, which was later affected by an endogenous recessionary process that extended throughout the 1990s, opening the door to the rise of China.

The implosion of the USSR in 1991 gave birth to the Globalization Paradigm, which acted in its initial phase as the central integrating axis of the world system leading to a global and transnationalized capitalism. However, this trend was altered by imbalances derived from the dynamics of the world market, such as the globalized financial crises and the dynamics of social conflicts that generated a scenario of fragmentation with deep cultural and economic fractures, giving way to processes of integration of trade and monetary blocs.

During this period, events took place that had an impact on the structure of the international system. NATO’s military action against Yugoslavia-Serbia (under US leadership) was the first geopolitical manifestation of the trend towards a scenario of fragmentation that began to reverse the course of globalization and in which central policy was the jurisdictional extension of the alliance. In view of this, the response of the Russian Federation, designed by the then Minister of Foreign Affairs Yevgeny Primakov, aimed at the formation of new diplomacy of rapprochement between Russia, China, and India on the one hand, and Russia and the European Union on the other, a guideline continued by the first presidency of Vladimir Putin in the search for a system of balance in the face of the preponderance of the United States.

Later, the terrorist attacks on September 11, 2001, gave rise to the emergence of the New Terrorism Paradigm. The US military response, aimed at deterring these new threats, was framed within the concept of “Preventive Defense” and materialized by forming an international coalition that initially attacked Afghanistan to destroy its terrorist bases and then invaded Iraq, where, in addition to contributing to the objectives of its national security strategy, it captured its oil production structure, which allowed it to directly influence market prices, as an exercise of hegemonic reaffirmation over the major competitors in oil imports, among them, the EU, China, and Japan.

The international security system entered another transition from US unipolarity to the Competitive Multipolarity Paradigm. Neo-realist authors such as Kenneth Waltz (2000, “Structural Realism after the Cold War”) and Barry Buzan (2005, “The Security Dynamics of a 1 + 4 World”) consider the potential concomitant variations leading from the “1 + 4” model corresponding to the unipolar scheme, with the USA as the dominant superpower, followed by a second line composed of the European Union, Russia, China, and Japan, to the “0 + 5” model corresponding to the multipolar system, where there is no longer a single superpower, but a line of five dominant great powers.

In this period, the great powers of Eurasia (China, India, EU, and Russia) reconfigured and adapted their policies by increasing their military power and promoting economic growth, open policies, monetary stability, and free trade, with an emphasis on global markets.

The People’s Republic of China (PRC) emerges in the international order as one of the main economic powers in the world, articulating an updated international vision, with its centre of gravity in an assertive strategy of peaceful development, materialized in the “Chinese dream of national rejuvenation”, which implies the restoration of the PRC’s status as a cooperative global power and the development of a “defensive” security doctrine with the capacity to protect its national interests.

On the other hand, India also began an accelerated phase of transformation and economic growth together with a process of restructuring its military instrument, supported mainly by Russia and to a lesser extent by the US, in accordance with the hypotheses of conflict derived from jurisdictional differences framed in nationalist and religious causes, mainly with Pakistan and the PRC.

In this geopolitical context, the European Union and its regional security alliance led by the US, expands its borders towards the former post-Soviet space, doubling its membership (from 15 members in 1991 to 30 in 2022).  In addition, starting in 1997, NATO initiated a process of Modernization of its Military Instrument, increased its defences in the Black Sea near Bulgaria and Romania with the installation of a missile shield, and developed a defensive missile program in Eastern Europe. These actions were considered by President Putin’s administration as an unacceptable strategic challenge to Russian national defence.

As a consequence, the Russian Federation from 2000 onwards progressively increased defence budgets, restructured its military power and developed the most advanced missile technology in the world. The response of the Russian military strategy to the geopolitical logic of the Atlantic Alliance was to intervene politically and militarily in the so-called “frozen conflicts” beyond its borders. Among them were: the recognition of Transnistria (dissident region of Moldova), 2008 the “Conventional Operation” in Georgia (in support of South Ossetia and Abkhazia), in 2014 Crimea (Ukraine), and the support to the pro-Russian forces in Donetsk and Lugansk, which were finally recognized by Moscow on February 22 and two days later the so-called “Special Military Operation”, currently in progress, was launched.

The global economy that was recovering from the COVID pandemic is suffering today, as a result of the invasion of Ukraine, a humanitarian crisis that is leaving millions of refugees and displaced persons, an “oil” shock, and the increase in the cost of raw materials, which will cause serious problems for global food security and will generate losses and bankruptcies for companies linked to these areas, also affecting banks and the financial system. These are variables that depend on a contextual logic of change that allows us to glimpse a new global strategic scenario sequentially characterized by:

The Impact on Latin America and Superpowers

The analysis of the emerging paradigm, with its corresponding ideological-political, economic and geostrategic variables, applied to the current world system and its trajectory, makes it possible to foresee regional scenarios with deep cultural and economic fractures, with a potential risk of conflict. The structure of the balance of power in the international system is conditioned by the nature of relations between the major powers and the emerging countries.

This axial relationship is what shapes the geopolitics of the emerging world system, whose first manifestation was the trend towards a scenario of fragmentation characterized by socio-political destabilization, the collapse of democratic institutions, different forms of internal and inter-state conflict, with the use of new technologies and transformed ways of waging war, including threats to use weapons of mass destruction or highly lethal conventional means. This reverses the course of globalization with a retreat of the neo-liberal economic paradigm and an advance of neo-Keynesian positions with traits of nationalism or protectionist regionalism.

Sergio Skobalski holds a PhD in International Relations (Universidad del Salvador, Argentina), Master of Strategic Studies and Defense (China's National Defense University) and Master in Strategic Planning and Management by Objectives from the International Institute of Global Studies for Human Development (Spain). He has a third Master of Strategic Studies (US National Defense University, United States) and a degree in Strategy and Organization from the Institute of Higher Studies of the Argentine Army.