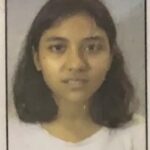 Afghanistan, for a long period of time, has been a victim of proxy wars, a land for superpowers to indulge in contests for power, and a ground for religious conflicts and civil wars. Historically, great powers have come and gone trying to establish their dominance but ultimately failing in the end. The recent events showed evidence that twenty years of energy and resources invested in Afghanistan by the USA was an exercise in futility. The swift takeover of the Taliban has various implications on geopolitics, the balance of power, the rise of extremist groups with perceptible impact on global affairs.

Afghanistan, now controlled by a religious fundamentalist Taliban poses several challenges not only for India but also for the countries sharing borders with it. Its northern neighbours, Uzbekistan and Turkmenistan, are working diplomatically while simultaneously signalling they would not tolerate any cross-border migration without permission (Tanya Mehra, 2021). Pakistan, a nation that has hosted a considerable number of Afghans in its land, also says that it will shut its borders in case of a massive refugee influx (PTI, 2021). Afghanistan’s degraded economic situation coupled with the fear of reprisals by the Taliban have forced thousands to flee and attempt to seek asylum across its borders. In a scenario such as this, what are India’s challenges and what options does it have left? This question remains central to this article.

India has made around $3 billion dollar investment in Afghanistan. From the construction of the parliament house to building the Salma Dam, India has encouraged infrastructural projects in Afghanistan (Betigeri, 2021). It is not just these developmental projects that are under threat but also the strategic and friendly relationship established over time. In order to protect these investments and ties from being jeopardized, India must critically evaluate its challenges and scrutinize its options in Afghanistan. Given the situation, the immediate challenge for India is to ensure the safe evacuation of the Indian diplomats, government personnel, citizens, who have been residing in Afghanistan. To an extent, this task has already been achieved by the Indian government under operation Devi Shakti as more than a hundred Indians were airlifted and brought home safely despite facing deteriorating conditions (PTI, 2021). However, the refugee dilemma is yet to have a solution.  With the US withdrawing its troops and leaving the nation in a vulnerable atmosphere, several powers, especially China and Russia are trying to take advantage of this vacuum. They are attempting to exert their influence over the region to serve their interests politically or economically.

Seeing that the Taliban have a brutal history of atrocities, observers reckon that the rise of terrorism is a likely-to-happen situation with the newly formed regime (Turak, 2021). The Taliban regime of 1996-2000 shielded and sheltered a well-known terrorist outfit, Al-Qaeda, who designed and executed the 9/11 attacks from Afghan soil. A recent UN report also claimed that Al-Qaeda and other elements have aligned with the Taliban to celebrate the West’s withdrawal, marking it as a win for Islam (UNSC, 2021). Presently, Sirajuddin Haqqani, the Haqqani network’s head, is now administering police and security along with overseeing law and order.   Moreover, past records indicate fatal attacks and heinous crimes that have been engineered by the Haqqani network, either solely or with some support from the Taliban (Dreanzen, 2015). Due to these aspects, speculations are being raised that Afghanistan may once again become a global hub for terrorism with the return of the Taliban. It is feared that the extremist groups having friendly connections with the Taliban will be able to operate in Afghanistan with no hindrance. This indeed will augment the chances of terrorism in the neighbouring areas. The rise of Islamic State Khorasan (IS-K) is also anticipated, a group substantially operating in South and Central Asia. This group can potentially manipulate and draw radicalized individuals from India which can indeed pose a grave threat to the country’s internal security. Added to this scenario are the prisoners released by the Afghan Taliban from Kabul. It includes members of Al-Qaeda and the ISKP group, some of whom could be traced to the Kerala Islamic State module. (Chauhan, 2021). The factors indicate the high possibility of rising terrorism after the Taliban takeover in Kabul.

The transfer of power in the hands of the Taliban itself poses a significant threat but with Pakistan involved, the situation for India gets complicated. This is typically due to the long-standing animosity between the two nations. Following the revocation of article 370, the antagonism between India and Pakistan is seen to be on a rise with more radicalization spreading among locals in Kashmir. Various agencies have provided evidence that Pakistan’s ISI had links with the Afghan Taliban, Jaish-e-Mohammad (JeM), Laskar-e-Taiba (LeT), and the Haqqani network, along with numerous other extremist groups. It is a matter of concern as these terrorist outfits are expected to function effortlessly from Afghanistan. Recognized among these are a few anti-India groups like JeM and LeT that principally operate with the objective to separate Kashmir from India. Pakistan has always targeted India, particularly Kashmir, to settle previous scores. In the wake of such an event, the ISI’s potential to influence the Taliban’s activities in a direction that would harm India is exceedingly high. This projection gains credence with one of the former members of the Taliban claiming ISI to be their “powerful watchdog” ( Chaudhuri & Shende, 2020). On this account, New Delhi needs to be extra cautious about its internal security.

Also, the Haqqani network operating with skilfully-trained and well-equipped members further constitutes a grave danger (Weinbaum, Weinbaum, & Babbar, 2016). Referring to past events, the Haqqani network had executed strikes against Indian assets. This included the Indian embassy in Kabul with an Afghan envoy having a strong conviction that the ISI was behind the shadows to facilitate their actions. Pakistan ISI presents itself as a big brother with traces of them providing assistance and encouragement to this group for over several years. Hence, the threat constituted by this faction in conjunction with the ISI cannot be ruled out.

Pakistan’s primary goal in Afghanistan, although not entirely, is to contain India’s influence and involvement in the region. What threatens India’s security is Pakistan’s willingness to channelize its resources and influence in orchestrating operations to conduct repulsive attacks against India.

China initiated its diplomatic talks with the Afghan Taliban long before the group gained control over Afghan soil. Succeeding the significant talks between the Taliban and the US, Chinese officials meeting the Taliban representatives were deemed as another striking move. Foreign minister and state councillor of China, Wang Yi, met with Mullah Baradar and his delegation on July 28, 2021 (Ministry of Foreign Affairs, 2021). This indicates that Beijing might continue to maintain its warm engagement with the Taliban. This anticipation can further be solidified because of two more factors. One, China wants to get its hands on the minerals like iron ore and copper that are enormously present in Afghanistan. Two, with an intention of lining up gigantic projects that could benefit Chinese investors. Either way, it will increase China’s presence in the area that might be a little uncomfortable for India given Indo-China’s hostile background.

China seems to be cautious about the spread of influence of the East Turkestan Islamic Movement (ETIM) in the Xinjiang region. The insurgency could destabilize the province and turn out to be unfavorable for China (Yang, 2021). Therefore, keeping its national interest in mind, China stands to gain stability in the region in exchange for providing assistance to the Taliban.

In addition, China’s focus to secure its interest in the Belt and Road Initiative is robust as well. They have potentially aimed to ensure that the CPEC (China Pakistan Economic Corridor) is carried out smoothly. As a result, it appears that in order to forbid any ETIM from operating from Afghan land and boost its economy, China will continue to maintain friendly ties with the Afghan Taliban. Having a long-standing border conflict, India would not want any growing presence of China or for it to have any robust bilateral ties with the Afghan Taliban that could threaten India’s security concerns.

There are possibilities of the emergence of a new Pakistan-China-Taliban pact that might go against India’s desires and policies. However, political analysts suggest that although China would want to obtain the maximum profits in the region, it will not entirely jump into Afghanistan to fill the gap taking into consideration the past events that resulted from the invasion. Even though there appears to be very little optimism in the present scenario, it is necessary that India must find means to engage constructively with the Taliban and other regional and global players to secure its own interests.

Evidence from the past supports that there would be a rise in terrorism with the overthrow of the Ghani regime. There is also a possibility of rising extremist groups like the ISKP that can radicalise Indians. To aggravate the situation, the Haqqani network and Pakistan’s ISI will operate in a way that might go against India’s interests. Additionally, the risk arising from Pakistan’s influence is more alarming than the activities spread by any other nation.  China is focused on obtaining maximum advantage from the region, simultaneously being cautious about the developments. It could get undesirable for India when two of its adversaries, Pakistan and China, are setting forth motions to deepen their footprints. In a nation where India has invested heavily and established friendly ties with non-Talibani leaders, it must take well-calculated measures in order to not let everything go down in flames.

Betigeri, A. (2021, August 12). Another proxy war in Afghanistan? Retrieved September 10, 2021, from https://www.lowyinstitute.org/the-interpreter/another-proxy-war-afghanistan

UNSC- Letter dated 20 May 2021 from the Chair of the Security Council Committee established pursuant to resolution 1988 (2011) addressed to the President of the Security Council. (2021, January 1). United Nations Organisation. https://documents-dds-ny.un.org/doc/UNDOC/GEN/N21/107/61/PDF/N2110761.pdf?OpenElement