The Three Bosses Who Changed My Life 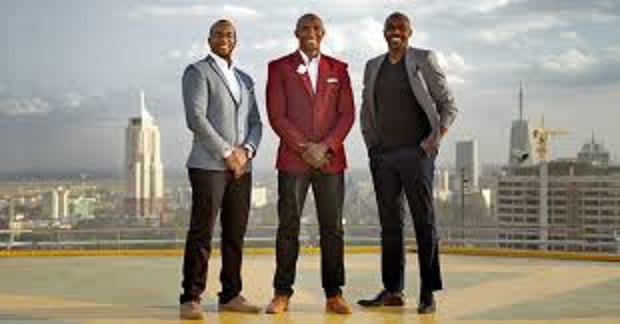 This is the story of three amazing bosses who taught me the most important lessons of my life.

The first taught me about the Power of One.

The second taught me about the Power of Many.

And finally, when I was ready, the third taught me about Power.

The Power of One

I met the first boss when I was 21 years old. I had just completed my engineering and joined a large cargo ship as Junior Engineer. Within a few days I realised (to my great discomfort) that most of what I had learnt in college was of absolutely no use when I had to clean a bilge strainer or flush a seawater cooler. Boy, was I frustrated and angry! While I wanted to excel, I did not know how. I screwed up task after task. The first few days left me wondering if I had chosen the wrong profession.

The Assistant Chief Engineer (my direct supervisor) was a quiet, inscrutable person. He was not someone who seemed very approachable. This was my first job, and I did not want to take my problems to him and have him lose faith in me. I was at my wit’s end.

About two weeks in, he called me to his cabin one evening for a drink. For the first hour, we spoke about our families and our experiences in college. Then, he addressed my problem.

“I see that you are struggling,” he said. “When I first joined ship, I did, too.” Then, he wryly narrated a couple of anecdotes of him spectacularly failing in his first weeks as a Junior Engineer. Hearing these made me feel so much better. At least I wasn’t alone!

He continued: “Every job that we do has an approach, a process. We are not taught these practical aspects in college. But we must pick these up quickly on board. Otherwise a backlog builds which can affect all of us.” I agreed, wholeheartedly.

“You are a smart young man,” he said, “you are also dedicated. I have seen you work late into the night. But you are trying to do, without first pausing to think. What you need to do is when you are given a task, first understand it. Second, plan it. Third, own it. Only after this, should you do it.”

“But these are simple, menial jobs!” I exclaimed.

“The complexity of the task does not matter; the approach to it does.” he said. “Whatever you do, do it as if it were the most important thing in the world. Whether you unblock a choked pipe or carry out a complex engine overhaul, you must do it first with your head and then with your heart. When you finish, you must be confident that neither you nor anyone else could have done this better.” I nodded, gradually beginning to understand. “Whatever you do, do it like you own it. When you start it, you must feel a sense of excitement. And, when you complete it, you must feel a sense of achievement.”

That advice lives on in my mind till today. Over the course of a few hours, my boss taught me the Power of One. I did not know what this meant at the time, but a few years later, I wrote down what he had taught me:

The Power of One is the power to believe in myself, to commit myself to whatever I do, and to give it everything I have.

Each one of us has this power. It is ours to choose and use.

The Power of Many

I met the second boss when I was 33 years old. I had just joined a coatings company as a Commercial Manager. The company was a quasi-start up. A British company, it was setting up its operations in India from scratch. The first couple of years was crazily hard. We had to build the factory, start production, find customers, make sales, deliver products and provide service – all whilst competing with established local companies. We ran, stumbled, fell, picked ourselves up and ran again. Yet, something was not right. We had a great senior management team, but we were falling well short of our potential. We were losing sales, delaying deliveries, receiving some blistering complaints.

The Managing Director (my direct supervisor) was an outgoing, inspiring leader. He had started his career as an accountant and risen rapidly. Intelligent and astute, he measured the situation and decided a course of action.

One Monday, he announced an off-site for the senior managers over the coming weekend. He good-naturedly listened to our groans and moans, and then told us to be there. The off-site was held in a resort on the outskirts of the city. He started the off-site with a brief speech.

“We are failing,” he said, “and not because of the market or our products. We are failing and all of us know this, because we, as a team are not working together well.” We looked around at each other, wanting to protest but knowing that he was right. “Over the next two days,” he continued, “we are going to get to know ourselves and one another. And we are going to start on a journey that will lead to all of us trusting, depending and working together superbly. And by doing so, we are going to make this company a rousing success.”

Those two days were about the most uncomfortable and eye-opening days of my life. I went through exercises that bared my innermost self and saw others do the same. I understood why different people approach the same issue in diverse ways. I learnt to ‘first understand, then be understood’. By Monday morning, my boss had taught us the Power of Many.

I still have the diary where I wrote down what he had taught us:

No matter how talented each of us is, we will always lose if we play solo against our competitor’s team.

Alone, we may win the battle; together, we will win the war.

Every organisation has access to the Power of Many. It is ours to choose and use.

The Exercise of Power

I met the third boss when I was 44 years old. I had just joined a maritime group as the Chief Operating Officer. I was thrilled about becoming a COO. My dream had come true. I wanted to move fast and achieve so much. Build an amazing business.

The Chairman of the Group was a thoughtful, hands-on leader. He had the ability to see both the big picture and visualise the smallest detail. Over the years I worked with him, he taught me about the privilege and the place of power.

“Every decision of ours,” he said one day, “affects lives. Those of our shareholders, our employees, their families, our vendors, our partners. We must factor this in every investment we make, every risk we take. Power is not about being in charge; power is about being there for the people in our charge.”

Another time, he spoke about leadership. “The test of a true leader, Shesh, is not about how much power you have,” he said. “It is about how much you empower others.”

In my years of working with him, I learnt:

Every one of us, in one or another situation, will face the test of Power. It is up to us to choose and use wisely.

The Pleasure Was All Mine

I remember saying this in a previous article. I have been truly fortunate in having the bosses I had. Each of them invested in me, inspired me and improved me.

I wish each of you the luck and joy of having a boss who is also a leader and a mentor. One who will help you grow and achieve your potential and take joy in watching you succeed.