The Expansion of ISIS- From Terrorism to Cyber-Terrorism (Part 2): Use of the Internet by ISIS 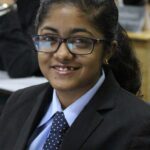 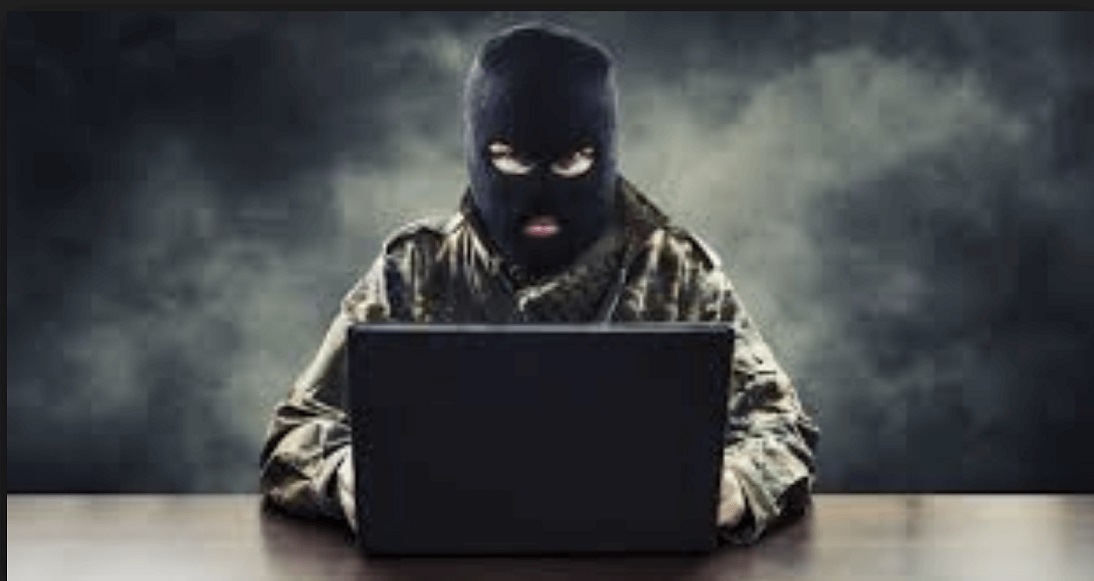 Part 1 of this three series article talks about the diversification of ISIS from terrorism to cyber-terrorism. Part 2 of this article, as follows, discusses how ISIS is using the internet to expand its activities.

The Internet has been a dynamic platform for communicational purposes and has been helping individuals to reach an ever-growing worldwide audience since the 1980s. Each year, there has been the development of several sophisticated technologies that have lowered the barriers to access information. The Internet has allowed access to information to all who have a good network connection and the required electronic device, making its audience anonymous, quick and defy physical borders. There are several benefits of Internet technology, starting from sharing unique ideas and information that comes under the purview of the basic fundamental human right. It must be considered that even after so many good aspects, there are several facilities of this same technology that terrorist organisations like ISIS are exploiting. This illicit use of the Internet for terrorism purposes by organisations like ISIS has created challenges and opportunities to fight cyber terrorism. ISIS has carried out several activities through the Internet that has evolved it as the most sophisticated terrorist organisation.

One of the primary uses of the Internet by a terrorist organisation is for circulating propaganda. They can tailor-make their responses to target individuals based on their demography, geography and other factors. These responses include recorded videos, music, and computer games. They also create virtual presentations and magazines that include a carefully designed manual that includes all the instructions, justifications, and explanations required to attract the sympathisers. These are a few methods adopted by ISIS for approaching its targets. An example is that the messages sent out by ISIS are different for a Muslim or a sympathiser close to the Middle East than that sent out to a West target. On the one hand, the messages to the targets in the West are written in English are softer and focuses on a jihad to attain personal fulfilment, while on the other hand, the media messages in Arabic meant for the Middle East targets focusses on influencing Muslims to carry out their duties towards jihad.

This overall strategy has been highly influential in attracting many foreign fighters along with fighters from the Gulf nations. Hence, in analysing the ISIS strategy, a USA State Department did an internal assessment in 2015 that mentioned that the Islamic State strictly monitors cyberspace to ensure its dominance. The dominance has been so significant that the violent propaganda that has been broadcasted by ISIS through thousands of messages each day has been a winning strategy in cyberspace propaganda warfare (Lieberman, 2017).

Apart from using cyberspace for spreading propaganda, ISIS has been able to use the Internet for recruiting new members for the organisation. ISIS focuses on three central ideas for recruitment purposes- the success of the Islamic states, religious obligation and political grievances. Irrespective of any social or economic background, the primary reason cited to join ISIS is religious obligation or conviction.

Apart from using religious institutions, prisons, and universities as recruitment grounds, the recruitment process is also online. Foreign fighters or fighters with whom physical contact is not possible are required online through various online strategic messaging, social media, and chat rooms. Twitter, Facebook, Instagram, Skype, and YouTube are some of the most heavily relied on social media platforms for recruitment procedures. In February 2016, about 125,000 ISIS-related accounts were suspended by Twitter. However, it is of not much use as ISIS overcame the Twitter filters and created more profiles (BBC, 2016).

One of ISIS’s successful ventures is that of a Twitter account called Islamic State Media. The ISIS organisation brags about the extremist activities it carries out against religious minorities such as the Jews, Kurds and the Shia Muslims. It also tweets and sends out messages which are nothing but warnings accompanied by photos. There are already fake followers following these accounts. Seeing the huge number of followers and the content of the account encourages real people to follow this account. This way, ISIS spread its messages to the masses using very fewer efforts (Nissen, 2014).

Another well-known application is a Twitter app called The Dawn of Glad Tidings, or just Dawn is one of the most successful social media operations of ISIS.

It promotes the operations of the organisation by telling the world about the latest attacks and imminent exploitations (Berger, 2015).

Online magazines like Dabiq has also been an effective method for recruitment purposes. Dabiq is a monthly magazine that comprises about 50-60 pages. It states the righteousness of sharia and jihad and pays tributes to the martyrs who have died fighting in the holy war. Generally, ISIS uses techniques that are generally implemented in political campaignings, such as gathering possible support through feedbacks and potential ideas, terms and graphics (The Carter Centre, 2015).

The group “campaigns” online by spreading awareness of its cause and organisation via social media, articles, videos, and websites – all valuable tools put to use to recruit individuals to join the fight (Paasche & Gunter, 2016).

Internet in recent times has been used as an alternative platform for a training ground for terrorists. Several forms of media are used for this purpose, such as online manuals, audio and video clips, information and advice that help provide practical guidelines to aspiring terrorists. Such manuals are detailed in nature and provide accessible multimedia configurations that comprise multiple languages and topics that deal with issues like- how to join a terrorist organisation, assemble explosives or arms and ammunitions, kidnapping, guerrilla warfare and how to execute plans, among many others.

It also allows the terrorist organisation to set up virtual training camps to share specific methods and techniques required to carry out terrorist attacks. Such materials that are available online also help the intelligence agencies to monitor the activities of terrorist organisations. It helps the States to improvise on the policies for the sake of national interest. The widespread access to the Internet, in this manner, creates a kind of online community from different geographical locations and backgrounds that allows the free flow of exchange of instructional and tactical material (Atwan. 2008).

It is an essential aspect of survival for any terrorist organisation. In recent times, ISIS has been relying on the Internet to raise its finances through various methods that can be generalised through the use of four categories- e-commerce, direct solicitation, and the exploitation of online payment tools along with the payment. The direct solicitation method involves using chat groups and mass mailings that result in targeted communications to seek donations from the organisation’s supporters. Several websites are used as online stores.

These websites offer goods like books, audio, and video recordings that help them spread their messages and ideas among their supporters. The option of online payment facilities such as PayPal and Skype on these websites cater to the organisation’s financing aspect. In this way, the funds get transferred electronically between the two or more parties.

Another method that allows ISIS to raise funds is through hacking, cyber jacking, and theft. A division of ISIS is called the United Cyber Caliphate (UCC), which challenges the division that carries out a physical attack. This decision has made ISIS the most capable and revolutionised terrorist organisation of cyberspace (Alkhouri et al., 2016).

Its objective is to coach its followers on anonymous browsers such as ZeroNet network technology and other social media platforms to hack the energy networks. In this manner, ISIS has been able to earn some percentage of about US$70 billion and US$140 billion from cybercrime and cyber espionage (Blannin, 2017).

It allows them to have their financing in a manner that is difficult to trace. An example of this can be the cyber-jihadis guidance to its supporters to use Dark Wallet, an anonymous bitcoin transfer application, and an anonymous system that allows them to send money using bitcoin to the mujahedeen (Zahid, 2017).

The Internet has become a valuable groundwork for carrying out an act of terrorism using remote communication among several parties. There was a case in 2012 in France, Public Prosecutor v. Hicheur, that emphasised the various forms of cyberspace technology that can be used to assist the acts of terrorism, including communications across the border to instigate violent extremism.

The Internet is also used to identify potential targets to have the maximum impact on the attacks. These attacks require taking instruction and recommendations to collect open-source information regarding a particular target. Apart from that, the primary function of the Internet is to acts as the basis for communication. Even a simple feature like email can be used for communication. Say, for example, if a person saves such information on the draft, it can then be accessed by all those people who have access to that account.

These are the kind of technologies that terrorists are exploiting for secure communication purposes. Not just emails, there has been an increase in the number of encryption tools and software that are also assisting in secure communication. These tools mask the unique Internet Protocol (IP) address, reroute Internet communications via one or more servers to jurisdictions with lower enforcement levels that prevent the chances of any kind of surveillance by any law enforcement department.

Several pieces of information are available online for public access that anyone can find and use as per their needs and convenience, thereby making the situation worse. It lowers the barrier to access information published by terrorist organisations like ISIS. Applications such as Google Earth can use the information for illicit activities, although they were made for legitimate purposes. It is not just this application, but several sensitive public information is also accessed through search engines on the Internet. Individuals use social media platforms like Twitter, YouTube, Facebook, Flickr and blogging platforms to publish their details.

Sometimes, they just voluntarily or inadvertently give away sensitive information. Although they just post it to spread the information for social purposes, they are highly likely to use it by organisations like ISIS to benefit from criminal activity. Thus, the Internet’s capability to defy the borders and access to a vast amount of public information makes it an ideal potential tool for carrying out terrorist acts (Cohen-Almagor, 2015). The use of the internet by ISIS will continue in the coming years.

Atwan, A. B. (2008). The secret history of al Qaeda. University of California Press.

Lieberman, A. V. (2017.). Terrorism, the Internet, and Propaganda: A Deadly Combination. jnslp.com/wp-content/uploads/2017/04/Terrorism_the_Internet_and_Propaganda_FINAL.pdf.

Zahid, F. (2017, May). IS Footprint in Pakistan: Nature of Presence, Method of Recruitment, and Future Outlook. www.researchgate.net/publication/327110804_IS_Footprint_in_Pakistan_Nature_of_Presence_Method_of_Recruitment_and_Future_Outlook.

Apoorva Iyer holds a bachelor’s degree in Political Science from Delhi University. She has published several articles and research papers on renowned websites and international journals. She has also worked in several think tanks and political and security risk consulting firms. Her interests lie in international relations and security studies.