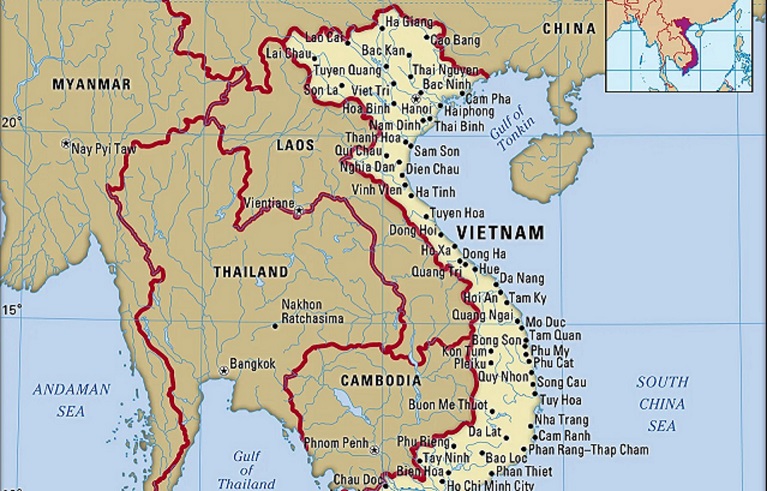 Building war memorials and holding National Day parades and ceremonies is an age-old practice. It is also a symbol of nationalism. Similarly, asserting sovereignty by recalling the sacrifices of martyrs, and honouring them at a place where they laid down lives, is yet another form of patriotism.

In the context of the latter, on March 12, 2022, Vietnamese Prime Minister Pham Minh Chinh paid tribute at the Gac Ma Battle Memorial built in honour of Vietnamese soldiers (64 unarmed soldiers were killed and nine were captured) at Johnson South Reef.  The ‘incense offering’ ceremony was held to mark the 34th anniversary of the battle against the PLA Navy in the South China Sea. The visit has been covered in the local media with headlines such as “Eternal glory to the sea defenders,” and the Chinese navy has been condemned for being “a blatant force, ignorant of justice and reason,” and labelled the military action as “totally unprovoked”.

Prime Minister Pham Minh Chinh’s visit to the Johnson South Reef Battle Memorial should be seen from at least three perspectives. First, the most obvious reason is signalling to China that the country remains committed to protecting national sovereignty, safeguarding the maritime interest, and upholding the ‘rule of law’. These issues have appeared in all the political statements made by the Vietnamese leaders notwithstanding the close relations between the Communist Parties of China and Vietnam. Similarly, the Vietnamese Foreign Ministry has reiterated the country’s position with regard to the disputes with China in the East Sea and has urged China not to complicate the issue pending the CoC. The recent Foreign Ministry protest against Chinese military exercises (12 days long) in the Gulf of Tonkin, just 60 nautical miles (110 kilometres) from Vietnam’s ancient capital of Hue has called upon Beijing to “respect Vietnam’s EEZ and continental shelf, stop and not to repeat any act that complicates the situation.”

Second is public sentiments over the Chinese action against the Vietnamese Navy sailors. In the past, the Gac Ma Battle has witnessed ‘low-profile anniversaries of the fierce fight against the Chinese invasion’. It is also not included in the textbooks and therefore remained low in the national consciousness, particularly among the new generation in Vietnam. In 2016, 150 people wearing headbands and carrying large banners walked through the streets of Ha Noi chanting “down with invasive China” and “down with Communist China’s aggression” and had laid wreaths for 64 Vietnamese sailors who lost their lives. Earlier, in 2013, Major-General Le Van Cuong, former director of the Strategy Institute under the Ministry of Public Security, and other retired politicians had called upon the government to “review the official commemorations of the war and that government must include it in textbooks”.

The third is about modern-day social media and the growing netizen aggressiveness. In fact, these individuals and groups have created an online battlefield. This is best demonstrated by the fact that a blogger has lionized the Vietnamese leadership by stating that “This [the prime minister’s order] is a strategic step towards setting up our ‘policy fortress’ to defend Vietnam’s sovereignty at sea and our islands.” The Chinese netizens have defended China’s 9-dash line encompassing the entire South China Sea including territories of the other claims such as Brunei, Malaysia, Philippines, and Vietnam as also Taiwan.

In the recent instance, Sony’s latest blockbuster ”Uncharted,”, released in China on 21 March 2022,  features a map that shows territories China has been holding historical rights to in the South China Sea. Chinese netizens have hailed the movie on Sina Weibo, saying it is a “fair depiction of history.” Meanwhile, in Vietnam distribution of the movie has been banned and Vietnamese officials said the scene was “illegal,”

Finally, the role of Netizens and the explosion of news (including fake news) in the ongoing war between Ukraine and Russia is an indicator of the level of public sentiments both ‘for’ as well as ‘against’ can shape the national discourse. For instance, the Chinese netizens have now been made to believe that the “eastward expansion of NATO and the historical feud between Russia and Ukraine are the root causes of the current military conflict” and the Chinese authorities are controlling social media suppressing netizens’ anti-war voices.