40 Billion Dollar US Aid for Ukraine 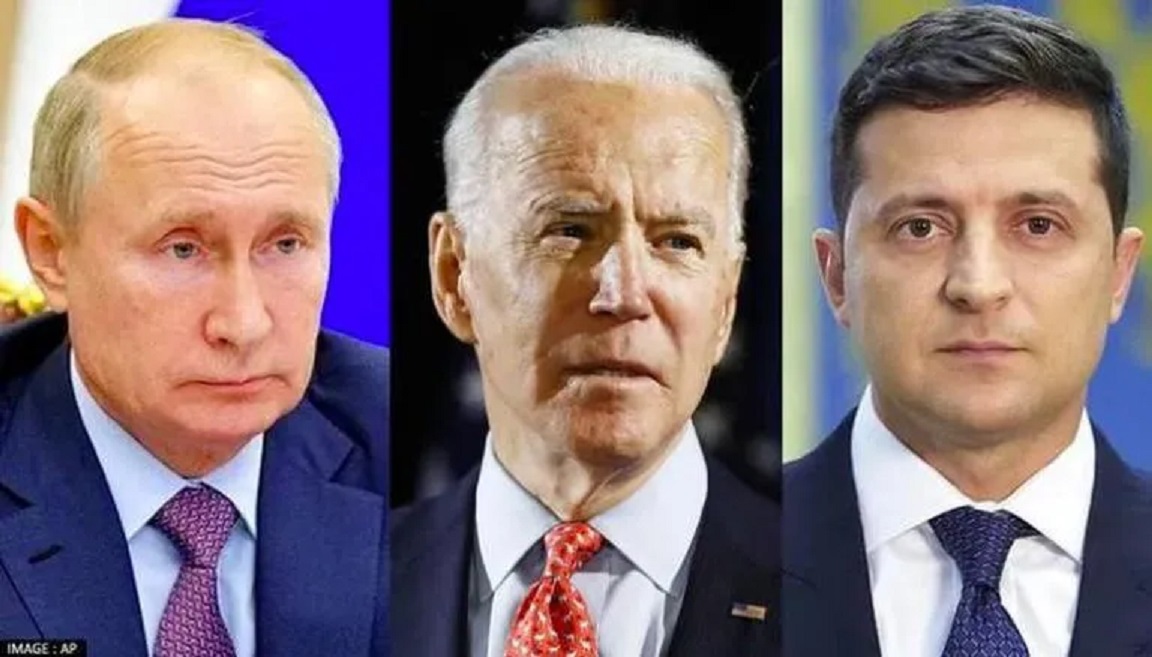 The author read two news on 22 May 2022 on the same page in an Indian national daily (TNIE) which are found at odds with each other. One promotes the continuation of the ongoing Russia-Ukraine war despite the furious outcome with loss of lives and property in Ukraine apart from the increasing food and energy crisis and inflation the whole world has been suffering from for the last three months. The other news tells the desperate wish of prime victim Ukraine’s President to end the war diplomatically as if he lately recognizes diplomacy is the only way forward.

News No.1 under the headline “Biden signs $40-bn aid bill for the war effort” read “US President Joe Biden on Saturday signed a $40-billion bill set to ensure a steady supply of weaponry and economic support for Ukraine in its fight against Russia, the White House said. The bill, which will funnel support to Ukraine for about the next five months, includes around $6 billion budgeted for armoured vehicles and air defences.” Note next five months. What does this mean? Is Uncle Sam sure of war continuation? And, if so, for whose benefit? On the very next day, the Russia-Ukraine war started, and German announced buying Euro100-Billion worth of fighter planes from the US. So also recently Canada announced to go for large arms purchases from the US. Soon other nations in the region may follow as NATO barking expands to the Russian north-western border with a membership of so far neutral Nordic states. So to remind all concerned, here this author wishes to quote what America’s eminent diplomat and strategic thinker Henry Kissinger stated, “America has no permanent friends or enemies, only interests.”

Why there is no news about the US-initiated diplomatic effort to end the war? This question hunts all right-thinking people all over the world for whom fast recovery from allegedly China exported dreaded pandemic Covid19 that rained havoc irrespective of rich and poor for long two years and has not yet fully tamed is a top priority, not the war which could have been averted through diplomatic efforts, or/and if not averted could have been differed.

News No.2 under the headline “Only diplomacy can end war: Zelenskyy” read “The Ukraine war can only be resolved through ‘diplomacy’, Ukrainian President Volodymyr Zelenskyy said on Saturday amid a deadlock in negotiations between Kyiv and Moscow. ‘The end will be through diplomacy’, he told a Ukrainian television channel. The war ‘will be bloody, there will be fighting but will only definitely end through diplomacy. ‘Discussions between Ukraine and Russia will decidedly take place. Under what format I don’t know – with intermediaries, without them, in a broader group, at presidential level’, Zelenskyy said.”

The above statements of Zelenskyy tell his desperation to end the war. But, he does not find a way forward. He is in total confusion. On the one hand, there is a free flow of money and arms supplies from friendly countries including the US to fight the Russian invasion; and on the other hand, the ill-famous statement “To be America’s enemy is dangerous, but to be America’s friend is fatal” of former US top diplomat and strategic thinker Henry Kissinger apart from the refusal of friends including the US to physically join the Ukrainian Army in their fight against the enemy. The other aspect that adds to the pain of Ukrainian now is Russia’s recent attacks on arms supplies from friendly countries as threatened by Putin during the early days of the war.

And it seems Zelenskyy has understood the futility of his machtpolitik in front of a war veteran Russian President Vladimir Putin though Ukrainian forces have got some successes in the country’s northern war front and successfully defended the capital city Kyiv. But, the losses in the eastern and southern fronts the most developed and industrial region of the country apart from the loss of port cities on the Black Sea are lasting. If Russia succeeds in its latest strategy of penetrating the southern front, Ukraine may be a landlocked nation, a huge loss from the country’s economy and strategic point of view.

The solution to the vexed issue lies in understanding the suggestions of Pope Francis. Wall Street Journal in its May 3, 2022 opinion piece quoting Pope writes: “‘Barking of NATO at the door of Russia’ might have led to the invasion of Ukraine. ‘In Ukraine, it was other states that created the conflict,’ and without identifying which states. He likened the war to other conflicts that he said were fomented by international interests: ‘Syria, Yemen, Iraq, one war after another in Africa.’ ‘I don’t know how to answer—I am too far away—whether it is right to supply the Ukrainians with weapons, the Pope said. ‘What’s clear is that in this land arms are being tested… Wars are fought for this: to test the arms we have made.’”

It is difficult to rule out when Pope pronounced the above facts he might have in his mind what ‘The Washington Post’ wrote in an April article titled “Right-wing Azov Battalion emerges as a controversial defender of Ukraine” that read, “Of all the Ukrainian forces fighting the invading Russian military, the most controversial is the Azov Battalion. It is among Ukraine’s most adept military units and has battled Russian forces in key sites, including the besieged city of Mariupol and near the capital, Kyiv. With Russian forces withdrawing from areas north of Kyiv last week and possibly repositioning in southern and eastern Ukraine, which Moscow has declared as its primary focus, the Azov forces could grow insignificance. …the battalion’s far-right nationalist ideology has raised concerns that it is attracting extremists, including white supremacist neo-Nazis, who could pose a future threat. When Putin cast his assault on Ukraine as a quest to “de-Nazify” the country, seeking to delegitimize the Ukrainian government and Ukrainian nationalism as fascist, he was partly referring to the Azov forces.” In an interview, the force’s co-founder and top commander, Col. Andriy Biletskiy, did not dispute his far-right ultraconservative leanings or the presence of some extremists in his units, according to The Washington Post.

Transnational support for Azov has been wide, and Ukraine has emerged as a new hub for the far-right across the world, The Post alleged. “…Even as they have consistently denied any Nazi affiliations, their uniforms and tattoos on many of their fighters display a number of fascist and Nazi symbols, including swastikas and SS symbols.”

The world has not yet recovered from the US promotion of Islamic extremist elements against Soviet Russia in the 1980s in Afghanistan. To add to that now has Nazi and White Supremacists getting armed. Is it not known to Biden Administration that it’s supplied arms reaching another extremist group? Difficult to disbelieve! Yet, $40 billion for the war effort! So to believe what Henry Kissinger said not so long ago, “To be America’s enemy is dangerous, but to be America’s friend is fatal.” Russia being an enemy of the Uncle Sam is in danger, a fact difficult to ignore; while Ukraine being the friend of the same is getting fatalities when American interests are fulfilled –as Pope alleged- with arms testing, and arms sales starting with the announcement of German on very next day the ongoing war started.

Now, the ball is in Zelenskyy court: whether to welcome Biden’s $40-billion bill set to ensure a steady supply of weaponry and economic support for the next five months and fight US’s war, which possibly may lead Ukraine to be Europe’s Afghanistan or go for diplomatic solution acknowledging Henry Kissinger, a former US strategy policy insider, widely visible revelation, “America has no permanent friends or enemies, only interests.

”Russia’s invasion of Ukraine is a European problem like Soviet Russia’s invasion of Afghanistan in 1979 was a South Asian problem. Divided South Asia allowed Uncle Sam to intervene then. And the same mistake Europe does now despite they are united. Former US President Donald Trump may be branded derogatorily ‘Don’, but he is right when he says ‘It would be a great thing for Russia and Ukraine to reconcile their regional conflict.’ Over two decades time, the US spent about $2,313 billion (Watson Institute) in Afghanistan and Pakistan, but left the country handing over the same rogue elements that America ousted in 2021 with the excuse of ‘Americans were not in Afghanistan for nation-building.’ 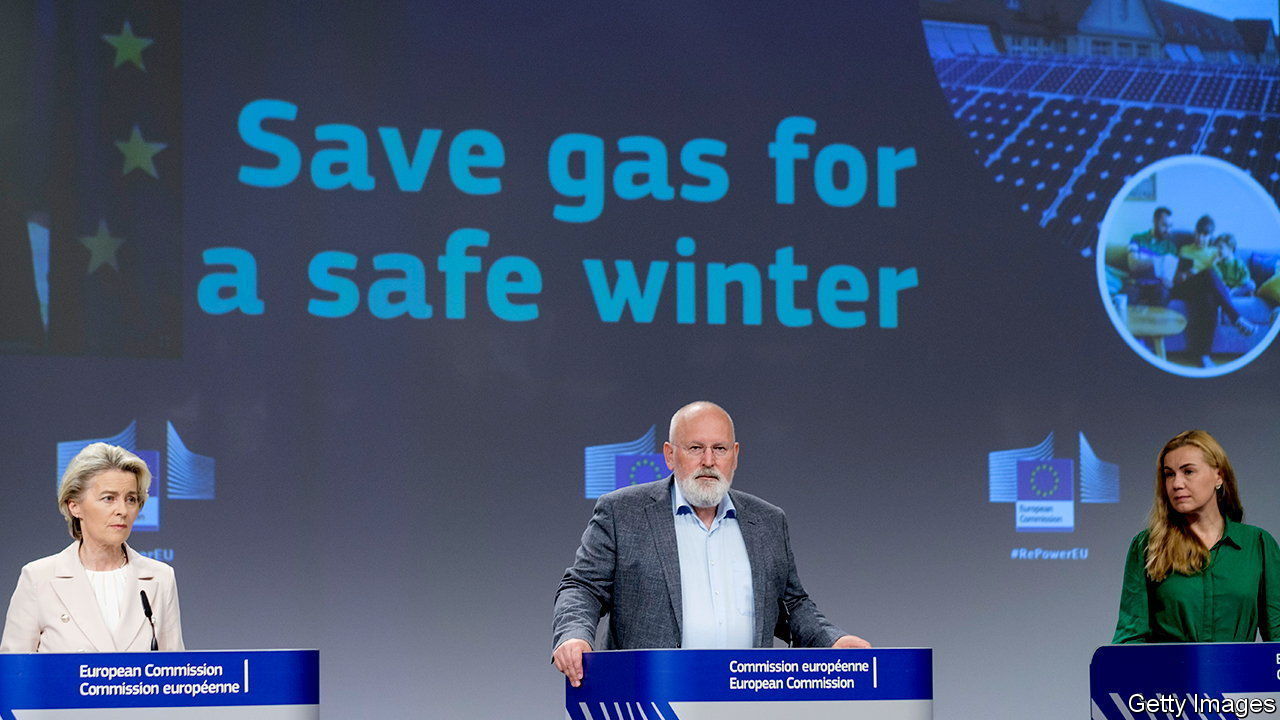