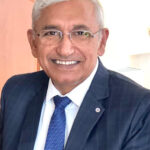 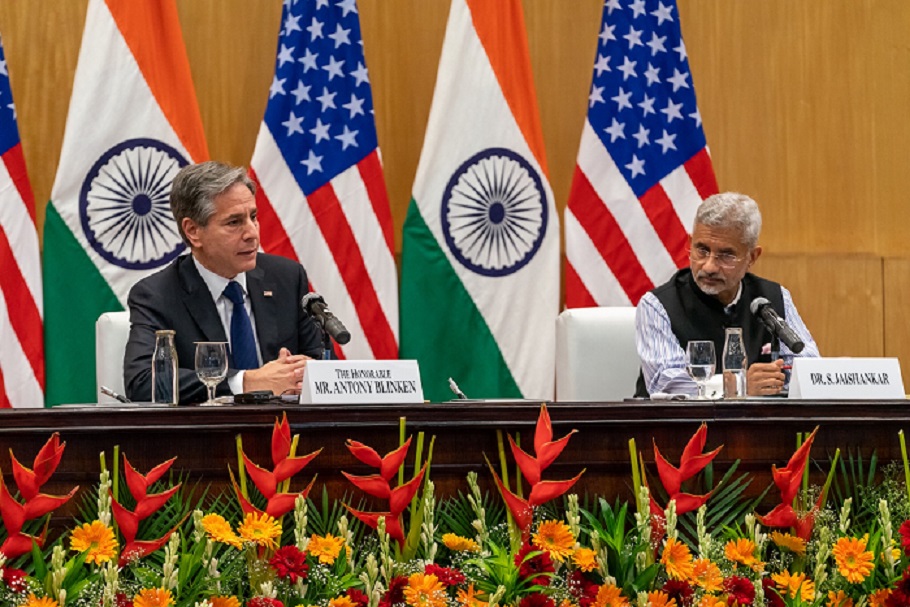 The Russian-Ukraine crisis conveyed to the international world order impending danger over international financial systems and emphasis on a more justifiable world by debating the US and EU’s pretend leadership. Who imagined, that one day India’s External Affairs Minister will respond to a question about Indian purchases of Russian oil by stating that India buys less oil from Russia in one month than Europe buys in one afternoon. Similarly, India pointed to human rights violations in the US itself when faced with allegations of such abuse in India. The US foreign department expressed that the US ‘understands’ India’s position on the Ukraine war. Mrs Indira Gandhi also once issued a statement that ‘India understood America’s agony over Vietnam’, when she visited the United States in March 1966, to get food and foreign exchange at a time when severe droughts and famine conditions were prevailing in many parts of India. After the humiliation of waiting for the meet an invitation to dance with President Johnson at a function, she impressed President Johnson who then promised three million tons of food and 9 million dollars in aid. In return, India devalued the rupee by a whopping 57.5 percent. Thus, India is obviously more assertive today.

The Ukraine crisis has, perhaps for the first time, exposed developed nations — particularly the regular endeavour of EU nations to control the energy resources of the Earth. We know that we live in an extremely unequal world where 75 percent of all energy resources are controlled by seven-eight countries. The energy storage in the Arctic region has been conveying nourishment to the present crisis. The regular expansion of NATO, the Russian annexation of Crimea, the competition with intervals to install a puppet government in Ukraine, the Russian threat to Finland and Sweden against joining NATO, and US efforts to arm Ukraine against Russia show proxy exertions over the Arctic region.

This situation demanded active diplomacy which is like playing chess but unfortunately, farsighted diplomacy could not be played, maybe it was intentional. The US diplomacy was to push Russia toward conflict, for, if Russia attacks, the US was already saying that and then showing fear of Russian temperament to other countries, the US can persuade them to join NATO, thus contributing to further expansion of NATO. However, President Biden and President Putin engaged in diplomacy. Russia was seeking a security guarantee from the west, confined outside Eastern Europe. The US positively rejected the demand.

President Putin’s determination, serving for the last 17 plus years, as a former 15 years serving KGB officer, has demonstrated that Russia in self-defence will not allow its encirclement and jeopardy of its security. Russia has signalled that they are not a country of the 1990s and will play a leading role in new alliances. The convulsions on the EU surface are visible. The conspicuous neutral behaviour of most of the major countries outside Europe in this crisis also transmits the emergence of new world order. The major powers appear to accept Russian dominance over Donetsk and Luhansk, Mariupol as well subsequently full control over the Black Sea. The sea has historical and strategic importance and has witnessed Greek and Roman colonisation, and the ups and downs of the Ottoman Empire — which present Turkey President Erdogan is trying to make great again. Thus, nothing is unusual for the strong. The law and order remain under the control of the strong in the same way as happiness is under the control of the enjoyer. The power status at the global level does not always demand peace, it sometimes demands armed action too. The world power status swallows up nations that do not fight like snakes devour rats living in the ground.

A country can go to war to protect its national interest and self-respect but NATO’s frontline States who became a part of encircling Russia while sufficiently dependent for energy resources on Russia raise questions about their understanding of national interest. For instance, Finland shares a 1300km border with Russia and is coincidentally the happiest country in the world. Sweden and Finland both countries are both officially nonaligned militarily. Finland’s coast has more than 50,000 beautiful islands scattered across the sea, this is the world’s largest archipelago, and there are plenty of hidden gems to be discovered.

Nord Stream 2 in this respect, is a 1,200km pipeline under the Baltic Sea, which will take gas from the Russian coast near St Petersburg to Lubmin in Germany, which was completed last September but is not yet operating. Nord Stream 2 runs parallel to an existing gas pipeline, Nord Stream, which has been working since 2011.

The Baltic Sea is an arm of the Atlantic Ocean, enclosed by Denmark, Estonia, Finland, Germany, Latvia, Lithuania, Poland, member of NATO, Finland, Sweden, Russia, and the North and Central European Plain. The Gulf of Bothnia between Finland’s west coast and Sweden’s east coast is the northernmost arm of the Baltic Sea. Finland and Sweden, therefore, have to take decisions in the best interest of their national interest, keeping the geostrategic importance of their region.

The State is the means of achieving prosperity and welfare for its citizens. India is growing in global power and role, has large population needs, and therefore cannot ignore the Arctic and seems to be ready to play an active role in the Arctic region. India is also ambitious to enhance its understanding of the impact of climate change in the Arctic on India’s climate, its economic and energy security; the implications of ice melting in the Arctic on India’s economic, military and strategic interests related to global shipping routes, energy security, and exploitation of mineral wealth. Thus, India-China-Russia and US interests and power ambitions have pushed international strains into the Arctic region. The expansion of NATO and Russia- the Ukraine conflict is the implications of present growing strains of power rivalry at and around the Arctic. India seeks to play a constructive role in the Arctic by leveraging its scientific pool and expertise in Himalayan and Polar research.

Diplomacy and war are the ingredients of defence and promotion of the State. If in any circumstances, both war and peace can attain objectives then one should take shelter in peace. There are strategists who believe that Russia should have preferred pressure tactics rather than armed aggression. However, it is the duty of the State to contain decay, stabilise its prosperity and regulate the systematic all-round growth of the State. A strong stable sovereign leadership, the country’s enthusiasm, and diplomatic skills are the sources of power to achieve it. Wisdom is preferable to war and war with equal power is advisable. A war with a more powerful enemy would obviously be utterly awful and with the weak – brutal and unwise. President Putin’s announcement of a ‘special military operation’ in Ukraine to protect people who have been facing ‘humiliation and genocide’ is recognised in IR as action in self-defence. Simultaneously, Ukraine’s resistance saved their existence. Once Russia decided on armed action then Ukraine also had no choice, for only resistance could save them from more destruction. However, Ukrainians were comparatively weak and would have devised a proper remedy to stop Russia but demonstrated weak diplomacy through war rhetoric. To become a tool of the US /EU and enter a fight with a strong power is to be destroyed like a heap of earth made by termites.

The Arctic will be the hot centre. The Indian Government has written letters to Indian Universities to promote studies on the Arctic, prepare online videos, and conveyed the possibilities of new departments in Arctic Studies. India has released India’s Arctic Policy titled ‘India and the Arctic: building a partnership for sustainable development on 17 March 2022.

The Arctic is the largest unexplored prospective area for hydrocarbons remaining on earth. The Arctic held 13 percent of the world’s undiscovered oil and 30 percent of its undiscovered natural gas. Renewable energy (hydroelectricity, bioenergy, wind power, solar, geothermal, and ocean energy) and micro-grids play a critical role in Arctic and sub-Arctic regions and the potential for exploiting renewables to power the Arctic is enormous.

Russia has the largest proven natural gas reserves in the world. The Russian Arctic is the source of about 80 percent of this oil and virtually all of the natural gas. By 2050, the deposits in the Arctic shelf are expected to provide between 20 and 30 percent of Russiaʼs total oil production, thus becoming the countryʼs most important source of hydrocarbons. Russia knows its potential and the US knows the potential of the Arctic. The others should know their national interests and play diplomacy which suits them individually.

Prof Rajeev Kumar is the head of the department of political science at Mahatma Gandhi Central University, Motihari. He is also the Dean of the School of Social Sciences, Academic and Development at the University. He did his PhD at Aligarh Muslim University on IR. Prof Rajeev has great research experience and has supervised many doctoral theses. He has also authored many books and research publications. Professor is a highly decorated Ex Commissioned Officer National Cadet Corps.