A Third Aircraft Carrier for the Indian Navy 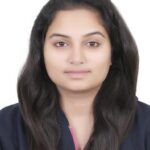 “To be secure at land, we must be supreme at sea” was once said by India’s Ex-Prime Minister  (late) Shri Jawaharlal Nehru, who had a vision for the Maritime Security of India.

This quote underlines the role of the Indian Navy in our strategic framework. Every vision has its assessments and calculations. India was a non-aligned peace-loving nation since its independence. But many incidents made her a ‘fast learner’ over the years.

India started with a strategic reach to the ASEAN countries three decades ago.  We could forge all kinds of alliances with ASEAN nations over the years. Later we started looking beyond ASEAN, where we collaborated with countries like Japan, Korea, and China. Further, we have enhanced our maritime relations with Australia and other Pacific islands. The footprint further escalated with time with respect to connectivity, people-to-people ties and more recently, defence and security. India made major transformational changes in its policy concerning maritime security, especially after the 26/11 Mumbai Attack. The Mumbai serial blasts (1993) and the Mumbai terror attacks (2008) claimed over 250 and 175 lives respectively, questioning the existing vulnerabilities of India’s maritime security.

India has learned from many mistakes in the past and of late the appointment of India’s first ever National Maritime Security Coordinator (NMSC) reflects the seriousness with which the government is considering maritime security as a major challenge. In the current maritime security policy,  we could witness major shifts in policies emphasizing surveillance, intelligence gathering and information sharing amongst the various stakeholders. But how can a third aircraft carrier help the Indian Navy address future challenges?

Let us explore the added capabilities being envisaged for future carriers and how they could boost our capacity building in terms of maritime security.

• Incorporation of technologies such as the Electromagnetic Air Lift System (EMALS), which was disseminated to India by the US defence company, General Atomics Electromagnetic Systems Inc. in 2017.

• The Catapult Assisted Take-Off But Arrested Recovery (CATOBAR) system is used in advanced aircraft carriers for the purpose of ‘catapulting’ aircraft (especially heavy-weight fighters) and ‘assisting’ their landing back on the carrier using arrestor wires.

• A nuclear power plant to cater to all the energy needs on board and for prolonged deployment.

The majority of systems on board the newly commissioned INS Vikrant (also known as Indigenous Aircraft Carrier or IAC-1) are been indigenously developed at the Cochin Shipyard (Limited). The ship completed its third sea trials in January, using a STOBAR (Short Take-Off by Arrested  Recovery) system with three arrestors cables capable of securing the landing of fighter aircraft at sea. While INS Vikramaditya was purchased from Russia for a price of US$ 2.35 billion in  2004, INS Vikrant’s (IAC-1) project cost has been estimated to be US$ 3.1 billion – 3.5 billion.  But the total cost that India bears for INS Vikramaditya is US$ 10 to 11 Billion, including its overhaul costs and costs of ordnance on board. Going forward with the aim of Atma Nirbhar Bharat, a third aircraft carrier, INS Vishaal (IAC-2) will not be taxing to our exchequer compared to the protection it can provide to our subcontinent.

To counter the recent threats from China and to neutralise the hegemony being demanded by China over Indo Pacific region, getting an upper hand at sea is the way forward for India. By just choking the Malacca Straights in the far east, India can counter China effectively during the discourse of an incident. Deployment of carriers at critical points in oceans could become a game-changer during the time of hot pursuits. Henceforth, India needs to have strategic dominance across Indian Ocean Region for maintaining its interests. With the third carrier, we can ensure the availability of two carriers for deployment at any given time.

China: A Threat to India’s Maritime

On 17th June 2022, China launched its third aircraft carrier ‘Fujian’; which is technically more advanced, and the first catapult aircraft carrier wholly designed and built in China. Before this, on 18th May 2022, China launched the world’s first AI-operated drone carrier that can carry up to 50 flyings, and surface and submersible drones that can be launched and recovered autonomously. We have witnessed how China has militarised the South China Sea (SCS) and planning to build 18 to 19 bases in the Indian Ocean Region under the pretext of “Overseas Strategic Support Bases” which of course seems suspicious. We all know that China has pumped billions of dollars for 95 ports worldwide and for debt-trapped nations like Sri Lanka. The Hambantota port is at lease for 99 years. Chinese naval bases in Djibouti and  Gwadar (Pakistan) are home to People’s Liberation Army marines and China is now building its third overseas base in Cambodia. According to the Pentagon report released in May 2022,  China aims to build at least six aircraft carrier battle groups (CBG) by 2035. More importantly,  NATO has declared China a security challenge for the first time; implying the Western design is for a future clash with China similar to its ongoing conflict with Russia in Ukraine.

India and the Indian Ocean

Currently, the Indian Ocean is privy to two-thirds of the world’s oil shipments, one-third of bulk cargo traffic, and half the world’s container traffic transit. This means that around 90,000  ships of the world’s commercial fleet (9.84 billion tonnes) annually commute through this region. When we talk about International Trade through the sea, the Indian Ocean stands at 95 percent by volume and 70 percent by value, including a large amount eastward with China,  ASEAN countries, and Southeastern nations. Apart from these challenges, India needs to protect its 7,863 km coastline, 1.02  million sq km exclusive economic zone (EEZ), and 17,000 sq km of offshore assets.

Indian Navy’s ‘Maritime Capabilities Perspective Plan 2022’ is a hope for a new beginning towards securing the Indo-Pacific. Also, India should look at the Indian Ocean and beyond more seriously. The Indian Naval Indigenisation Plan (2015-2027) and Science and  Technology Roadmap (2015-2035) would steer the efforts to synergize overall Research and  Development (R&D) efforts in the maritime sector. As per the Indian Maritime Security Doctrine developed by the Indian Navy in 2015, when developed into Carrier Battle Groups  (CBGs), naval fleets headed by aircraft carriers form a part of the country’s larger battle readiness and tactical maritime doctrine. They have the capacity to potentially destabilize the command control and counter-strike capabilities of enemy forces. The former Indian Chief of  Naval Staff Admiral Karambir Singh, for India, once said, “Airpower at sea is required here and now”. In this regard, CBGs centred around aircraft carriers shall further adhere to the  Indian naval “Sea Control” doctrine and will create mobile airfields at sea with composite task forces.

These aircraft carriers are slightly cheaper alternatives than overseas military bases. To the  Indian Navy, it assures that in some conflictual situations in the Indo-Pacific region, these fighter aircraft carriers will be available on the ground. They can be deployed for combat requirements and provide a long range of surveillance that cannot be provided by a shore-based asset. Though the costs of development for an aircraft carrier are high, it can assure us mobility in deployment on high seas.

India had functionalized one conventional aircraft carrier INS  Vikramaditya, a modified Kiev-class, on its western coastline. INS Vikrant, India’s second aircraft carrier has been going through sea trials since August 2021 and has got commissioned on 2nd September 2022. This carrier is likely to get deployed on India’s eastern coastline post successful sea trials. Both carriers are well equipped with the BrahMos supersonic anti-ship missile  (with a 292 km range), enabling them to carry out sophisticated sea-to-land precision attacks.  Moreover, in peacetime, these carriers symbolise dominance at sea, provide power balance with adversaries and even disaster relief. US’s Nimitz class aircraft carriers in the Indo-Pacific region provide support and disaster relief to Japan, Indonesia, and the Philippines during events like earthquakes,  super typhoons, and tsunamis.

Some still argue that aircraft carriers are sitting ducks for long-range anti-ship ballistic missiles. It is crucial to note that the carriers’ own mobility, as well as the protection provided to them by escort vessels, such as frigates, corvettes, destroyers, and even supply ships, make them a  highly secure platform. Aircraft carriers powered with nuclear energy and assisted by escort vessels can sustain the needs of the crew for months on high seas. This will truly transform the narrative of establishing a blue water navy by operationalizing renewable, long-lasting, and self-sustainable sources of energy to keep the carrier with a  50-year lifespan.

In that light, a nuclear-powered carrier for India would be a resource with added costs of updated technicalities with a nuclear reactor that can meet the space and size demands of IAC-2. In the phase of rapid development of Chinese A2/AD capabilities,  it is plausible for Indian naval forces which are investing in capabilities that can help achieve immediate-term goals such as Sea Denial like submarines and fighter jets, given the costs faced by the Navy in fiscal years 2019-20 and 2020-21.

On the other hand, as seen in the case of INS Vikrant (IAC-1), in addition to pumping INR 23,000 crore (85 percent of the carrier’s project cost) into the Indian economy, the project has provided employment directly and indirectly to lakhs during the manufacturing phase.  In an economy strapped by joblessness, the approval for a third, nuclear-powered carrier would generate much-needed job opportunities to work in the carrier project both on board and at home and we can sustain the expertise and skills gained during the manufacturing phase.

India needs to take a call on the third aircraft carrier in order to be reckoned as a regional power in the Indian Ocean Region (IOR) and the Indo-Pacific Region. Aircraft carriers are destined to counter the CBG of the US, China, and the UK. This is a moment of pride for India, where we are not only securing our maritime interests but also giving vast opportunities for our domestic manufacturing industries.

India supports the idea of a free, open, inclusive, peaceful and prosperous Indo-Pacific region,  one which is built on a rule-based international order, sustainable and transparent infrastructure investment, freedom of navigation and overflight, mutual respect for sovereignty, peaceful resolution of disputes, unimpeded lawful commerce as well as equality of all nations. But if China continues the military flexing, INS Vishal may be an option for us.

Saumya Joshi is a research scholar who has done Masters in International Relations from Amity University, Noida, and a Diploma in UN and International Understanding from the Institute of UN studies, Hauz Khas, New Delhi.Currently she is working as content analyst at Thomson Reuters