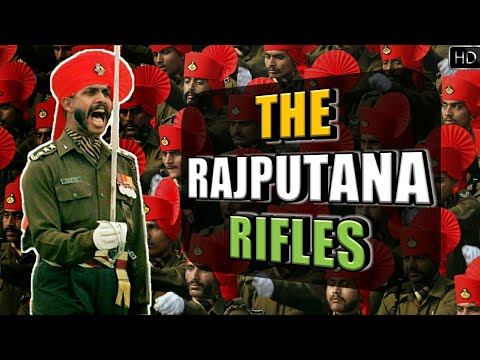 On the 10th of October 1962, the Chinese crept up the hills around Thagla in the Namka Chu valley. Facing them were three Indian Companies: 4 Grenadiers, 9 Punjab, 1/9 Gorkha, 2 Rajputana Rifles and 01 Platoon of Assam Rifles.

The Chinese had arrived with their 11th Div with 3 regiments, equaling a brigade. They had lined the hills with over 150 guns of 82 mm and 120 mm. The numerical superiority was around 20:1.

Lt Col Rikh of 2n Rajput had taken stock. He had 150 bullets per rifleman, 17 magazines (28 rounds each) per LMG and 2 grenades per soldier. The battalion’s 3″ (2 & 3 inch) mortars had 60 rounds of ammo, equal to five minutes firing time. But then, he also knew what the Chinese did not know: his men were Rajputs.

At 05:14 hrs on 20 Oct 1962, the Chinese opened up their 150 guns. 82 and 120 mm shells were raining over every square inch of the Rajput position. After 15 to 20 minutes of heavy shelling, Chinese infantry moved from the top and bottom of the hills. The battle was joined soon.

Chinese came in wave after wave and by the third wave, Rajputs had nearly run out of ammunition. Though they had taken heavy casualties, they were determined to repulse the Chinese onslaught. They did not wait much. The fourth wave of Chinese descended on them in quick succession.

Major BK Pant of the Rajputs saw that his men were hopelessly outnumbered and severely wounded. Though he himself was wounded in the leg and shoulder in earlier fighting, he virtually dragged himself from trench after trench, rallying his men to fix bayonets and hurl the Chinese wave down in the smog over the slopes of the hill that reeked of blood and gore. Picking himself painfully up a small overhang, he let out a blood-curdling war cry that sent his men charging down the slopes. The Chinese took heavy casualties and withdrew the attack.

They realized that tough as they are, the Rajputs, it was BK Pant who was the pivot of their fierce motivation. When their next wave came, they sited the ridge on which Major BK Pant was propped up, gun in hand, rallying his men. A burst of Chinese machine-gun fire was directed at him, ripping him through his chest and shoulder.

Though mortally wounded, Major BK Pant, raised himself up and let out a roar. He held his head high in the Rajput tradition and told his men: Men of the Rajput Regiment, you were born to die for your country. God has selected this small river for which you must die. Stand up and fight like true Rajputs.

As he collapsed, he let out the war cry of the Rajputana Rifles – BAJRANG BALI KI JAI.

Out of the 112 Rajputs under his command, 82 died in the battle. The Rajputs lived up to their motto: Veer Bhogya Vasundhara (वीर भोग्य वसुंधरा ) “The Brave Shall Inherit the Earth”

The 7th Infantry Brigade under which the 2nd Rajput fought was commanded by Brigadier JP Dalvi. Brig Dalvi wrote an authentic but moving account of the 1962 war in his ‘Himalayan Blunder’.