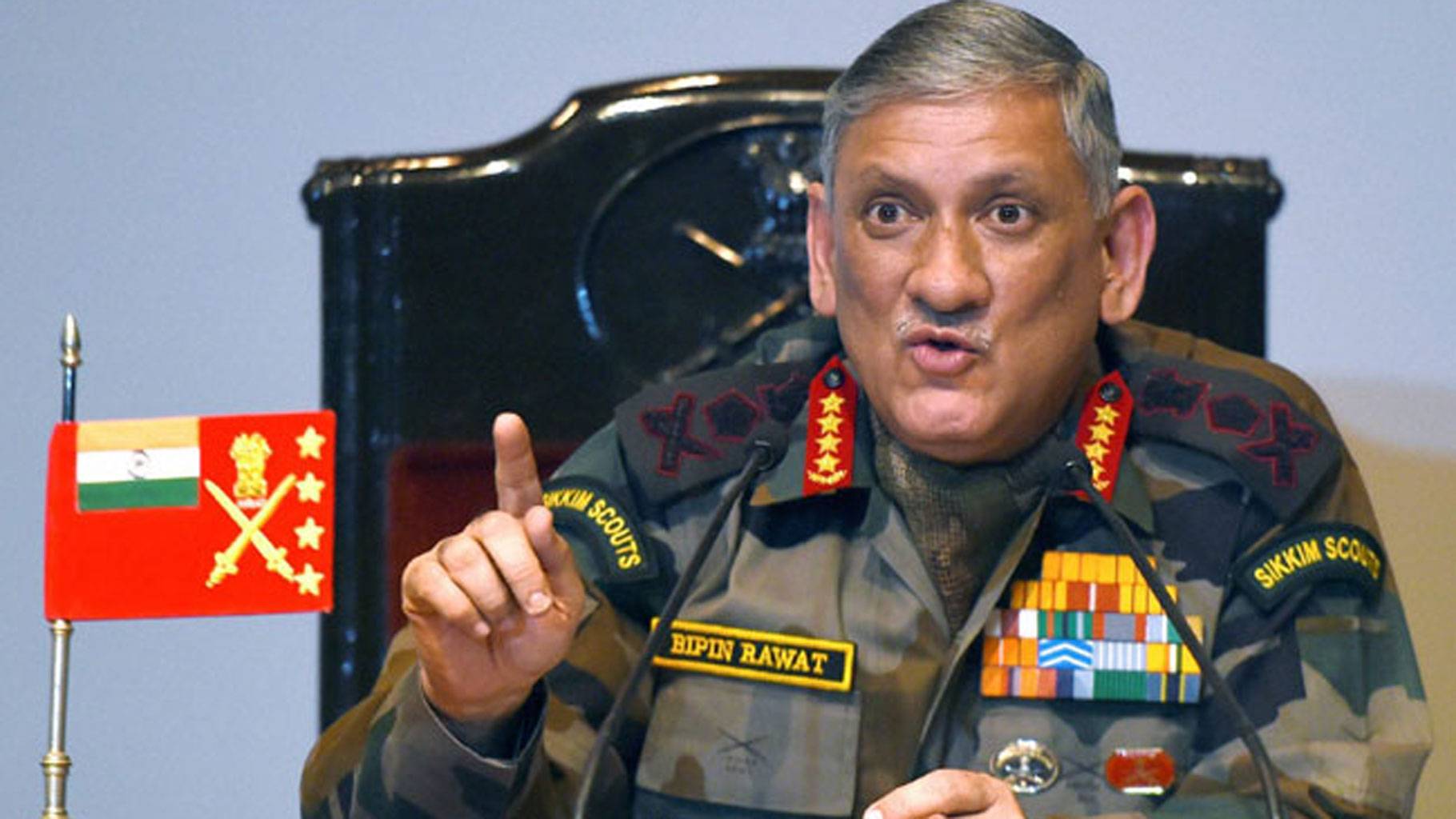 Chief of Defence Staff (CDS) is the professional service chief heading the Indian Armed Forces and is the senior-most uniformed military adviser to the Government of India.

Indian Armed Forces were quite keen on the creation of the post of the ‘Chief of the Defence Staff (CDS) for many years.  Finally, the dream came true with the appointment of General Bipin Rawat  PVSM, UYSM, AVSM, YSM, SM, VSM, ADC in Dec 2019, as the first CDS. Since then, armed forces have gone through a unique experience from decisions of the CDS, which could be termed as ‘Shock and Awe’.

The above warrants some retrospection. This article accordingly tries to examine the concept, role and responsibilities of the Chief of Defence Staff, advantages and disadvantages, impact on the armed forces and higher defence management and make some suggestions.

In India, the first recorded instance of higher defence organization flourishing was in the empire of Chandragupta Maurya (4th Century BC).  Moving forward, India was perhaps the only country in the world that had a single Commander-in-Chief for all the three Services, during the British era. However, this arrangement was discarded in 1947 and each Service came to have its own Commander-in-Chief, independent of each other. Now we seem to have gone a full circle around.

Indian Armed forces had been asking for the appointment of CDS for a long.  Though the recommendations made by the ‘Task Force on the Management of Defence’ were accepted by the Group of Ministers, its implementation has been tardy.

Similarly, in the case of the creation of CDS, post attempts were made, by the vested interests, to derail the recommendation of the Task Force, accepted by the Group of Ministers and approved by the Cabinet. A large almost ceremonial Integrated Defence Staff (IDS) had served a very little purpose. Without a CDS, the required professional coordination and unified approach had been lacking. Some of the arguments subtly put forth for scuttling the appointment of the CDS were:-

However, the fear that a CDS will erode the supremacy of the civil over the military is unfounded. The CDS will not be a Supreme Commander (Sinha, 2020)

Duties and Functions of the CDS

The duties and functions of the Chief of Defence Staff (CDS) include the following:

The Chief of Defence Staff is described by officials as the “first among equals” among service chiefs. The CDS will be tasked with:-

Advantages and Disadvantages of having CDS

As we have seen, The Chief of Defence Staff (CDS) is a high military office that will oversee and coordinate the working of the three defence services in India. CDS would not only ensure coordination among various defence forces but will lead to enhanced security in the region.

Benefits of having CDS

It has been assessed that appointment of the CDS would help in:-

Some drawbacks have also been perceived. They are:-

The CDS post is yet nascent (Dec 2019) and evolving. Thus above pros and cons need to be validated after giving more time for the Department of Military Affairs to stabilise. After focusing on the Concept of CDS let us now briefly analyse India higher Defence Management.

Impact on the Armed Forces

The appointment of the CDS has resulted in a mixed bag of results. Some decisions by CDS have been seen as progressive and some retrograde.

Some of the progressive decisions include the following:-

As known, the good comes with the bad too. Certain decision/comments of the CDS have been considered retrograde by the defence community. Some of them are:-

“It is time to capitalise on our maritime geography and buttress our navy while mobilising regional friends in the common cause of peace and tranquillity. Strategic planners must bear in mind that it will not be its inventory of tanks or combat aircraft that make India an attractive partner for the US or the Quadrilateral and ASEAN. It will be India’s ability to project influence in distant reaches of the Indo-Pacific, via its maritime power (Prakash, 2020).“

It is thus important that CDS and the Department of Military Affairs (DMA) evaluate various aspects in details and consult the respective service chiefs before arriving at decisions that can have serious long term impacts on defence preparedness, national interests, geo-politico-economic security of the nation and morale.

Unfortunately, India is the only country with an MoD without military professionals and bureaucrats lacking a military background and knowledge taking decisions. As a result, India lacks a cohesive national security strategy; national security objectives remain undefined. There is little synergy within the military and also the military-industrial complex remains in a pathetic state.

With the passage of time, the Indian strategic community has come to regard the integration of the military into policy-making structures as the silver bullet for institutional problems in national security. But this observation has two faces:

It is hoped that the appointment of Chief of Defence Staff would help in removing above stated lacunas and help in improving higher defence management quality.

It is also hoped that CDS would give a vital push to the training of armed forces. Currently, none of the Indian military educational institutions offers any serious training in international relations or economics, history or public policy. The training mainly focuses on preparing officers primarily for operational and logistical roles, and lack serious academic training. CDS would need to do a thorough overhaul of professional military education, to enable the military to meaningfully work the new structures that are taking shape. India needs to put its armed forces officers through a serious education and prepare them for serving as policy-makers as well as soldiers. Raghavan (Raghvan, 2020a) has very rightly said on the subject:-

It’s well understood that CDS has a difficult task ahead. Thus in the coming months and years, CDS and India’s military brass need to formulate a course of action that enables the armed forces to contribute both well and wisely to national security.  It has been observed that the creation of the CDS & military integration process is not a silver bullet for institutional issues related to national security.  With the increase in China’s aggressive behaviour, India’s political leadership will now be more dependent on military advice from the CDS. It puts more responsibility on the CDS and DMA to successfully navigate the uncharted waters, to prove the decision of appointing CDS as right and steadily enhance its role in India’s defence planning.

The current reforms are very dynamic and it may help if CDS could create a vision document explaining the rationale, powers and role of the DMA (and the CDS itself) within the Services and the Ministry of Defence (Mukherjee, 2020).

The appointment of General Rawat as Chief of Defence Staff (Dec 2019) has been a significant milestone. The decision emanation from the Office of the CDS and Department of Military Affairs (DMA) has had both good and bad impacts on the armed forces and higher defence management. It has been observed that the effectivity of decisions of the CDS was more in a centralised manner rather than through a consultative process. In a complex scenario of defence management carrying the team along is very vital and needs to be given more weightage. It is understood that every new thing has its own teething trouble and we can hope things would settle down for the better as time passes. Some suggestion for consideration are as follows:-

Finally it is recommended that one aspect which could not reflected upon in this article and would need more research is correlation of China’s aggressive behaviour and appropriate equipment/systems needed by the Indian Armed Forces for effectively deterring China.