Climate Change and The Oceans 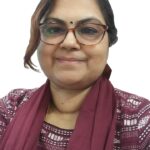 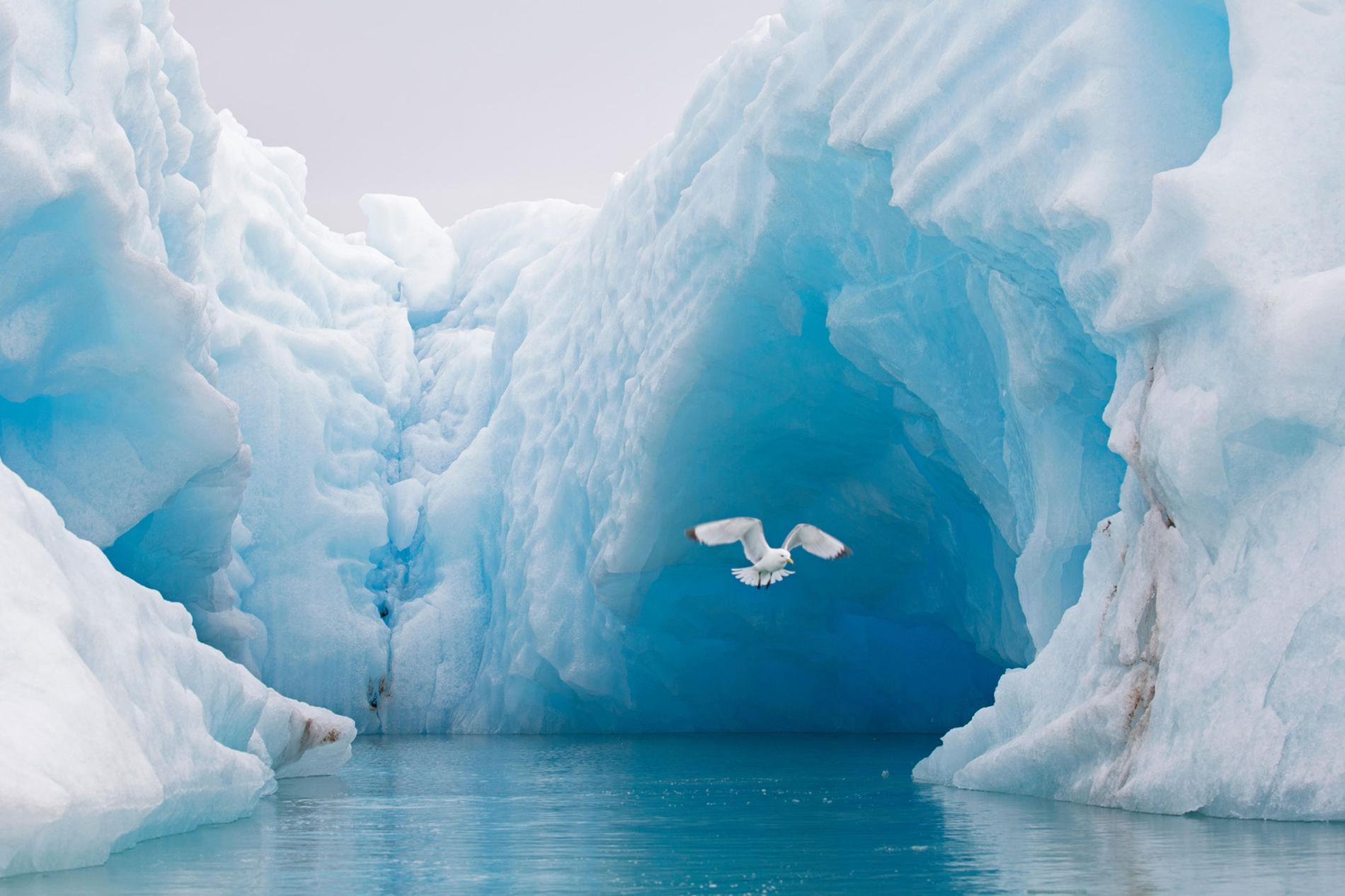 Evolution is propounded by the struggle of a species, or several species, to survive; the ability to survive is born from a series of adaptive changes to overcome unfavourable circumstances. The history of evolution on the earth is dotted with several events, micro and mega, which have resulted in the catapulting of certain life forms into extinction and certain others to supremacy. The Ice Age that ended the Golden Age of the Reptiles is perhaps one such mega event immortalized in our minds since early schooling. Scientifically, such events are considered balancing acts, thrown in by nature, to draw a line where it is absent and to erase one where it is present. In religion, these events are often viewed as an act of divine intervention to ensure that goodness prevails. We do not have all the answers to the hows and the whys of these events, but we do know for a fact that they happen. They have in the past and they continue to do so now.

Climate change. Blame it on the wrath from above, blame it on quantum dynamics of the universe, blame it on the need for nature to interfere in the shaping of history or, blame it simply on the urge of mankind to stamp its supremacy on the earth’s legacy. The imminent danger of threatening life forms on the earth today is climate change. Primarily the outcome of irrational human activities, particularly in developed and industrialized nations, climate change refers to collective changes in the characteristic regional climate conditions caused by increased emission of greenhouse gases into the atmosphere. Carbon dioxide is the major greenhouse gas causing global warming, forming 72% of the totally emitted greenhouse gases. Other common greenhouse gases are methane and ozone.

The oceans cover more than 70% of the earth’s surface. They form the largest ecosystem supporting life on the earth and are the prime mediators maintaining the global climate regime, regulating rainfall and wind patterns. They play a vital role in maintaining the oxygen-carbon dioxide ratio in the atmosphere, as they form a carbon sink, circulating an estimated 83% of the global carbon cycle. Increased emission of greenhouse gases in the atmosphere thus plays havoc with the natural capacity of the oceans to regulate the carbon cycle.  The impacts manifest as changes in the oceans, including sea-level rise and ocean acidification, which will have a cascading effect on marine, coastal, and eventually, terrestrial ecosystems.

With global research on climate change events, mitigation, and adaptation fast-tracking in the last 50 years, there has been increasing evidence of many destructive and usually irreversible changes happening in the world around us, particularly so in the oceans. In the last 200 years, the oceans have absorbed a third of the carbon dioxide produced by human activities and 90% of the extra heat trapped by the rising concentration of greenhouse gases. The immediate impact of acidification and warming in the oceans is seen in coral reef ecosystems, with bleaching and dying of coral reefs happening on a rapid scale. Coral reef ecosystems are home to a very diverse range of flora and fauna and are perhaps the lifeline of the marine ecosystem. The UN Environment Programme (UNEP) identifies the existence of coral reefs in over 100 nations, including more than 80 developing countries. They sustain human society through a range of ecosystem services, such as livelihoods and food security from fisheries; revenue from tourism; erosion prevention; and protection from extreme weather events through dissipation of wave energy. They also help to lessen inundation and damage during storms. Scientists estimate that with the current rates of temperature rise, the oceans will become too warm for coral reefs by 2050.

Another direct consequence of global warming is the unprecedented rise in sea-levels. Researchers estimate the sea-level rise of almost 30 cm from the start of the 20th century to now. In 2007 the Intergovernmental Panel on Climate Change (IPCC) projected a high-end estimate of 60 cm by 2099 but raised this estimate to about 90 cm in their 2014 report. With rising sea-levels, coastal erosion, coastal flooding, storm surges, and tidal waves are inevitable threats that will affect the coastal populations of biota, humans included. Although climate change affects all ecosystems across all countries, the impacts will be unevenly distributed across the globe. The most vulnerable populations are often the least responsible for climate change, and usually, those least prepared to manage its impacts. Large-scale population destruction and displacement are bound to occur, leading us back to the theory of evolution through survival of the fittest.

According to the World Meteorological Organization (WMO), both the Arctic and Antarctica are warming twice as fast as the rest of the world. Glaciers and ice shelves are melting and sea ice and snow coverage are shrinking.

Mitigating climate change is mostly about reducing the release of greenhouse gas emissions. Carbon dioxide is created by burning fossil fuels like oil, natural gas, diesel. Carbon dioxide emission is a continuous process arising from a variety of human activities, but especially from electricity generation, energy use in the ongoing functioning and maintenance of buildings, fuel-powered transportation, industrial processes, agricultural processes, land use, and deforestation. The emitted carbon dioxide remains in the atmosphere for 80 to 200 years. The total amount of greenhouse gases produced to, directly and indirectly, support human activities, usually expressed in equivalent tons of carbon dioxide (CO2) is taken as a measure of the carbon footprint, i.e., the amount of carbon dioxide released into the atmosphere as a result of the activities of a particular individual, organization, or community. The best way is to calculate the carbon dioxide emissions based on fuel consumption from start to end of a process, including all the sub-processes involved in the chain.

Mitigation is defined by the IPCC as human intervention to reduce the sources or enhance the sinks of greenhouse gases. It involves reducing our “carbon footprint” by using less energy, consuming fewer materials, and appropriately altering natural resource management practices. Mitigation is also achieved by increasing the capacity of carbon sinks for biological carbon sequestration, the process in which carbon dioxide from the atmosphere is taken up by plants through photosynthesis and stored as carbon in tree trunks, branches, and roots. Carbon sequestration has been proposed as a way to slow the atmospheric and marine accumulation of greenhouse gases, which are released by burning fossil fuels. Sequestering carbon in vegetation such as forests, mangroves, and aquatic plants can often restore or improve habitat and directly benefit fish and wildlife. Well-defined and well-implemented mitigation policies can substantially reduce the risks associated with human-induced global warming.

Climate change is happening and will have to be lived with. Climate change adaptation is an urgent and indispensable call to safeguard development gains and to address the needs of the vulnerable. Healthy systems that are resilient to disruptions, shocks, and stressors are critical in achieving not only environmental benefits but also serve as a foundation for economic and human development. Climate resilience is a key component of any health system, particularly in vulnerable countries that depend heavily on climate-sensitive natural resources and traditional agricultural practices for subsistence and livelihoods. Adaptation and mitigation for climate change are issues of global concern and equity.

Climate change and the Indian seas

Home to several critical ecosystems and biodiversity, the challenges of mitigating and coping with climate change for India are many. With a great part of the country being bounded by seas (India has a coastline of >7500 Km and a continental shelf of half a million sq. km), the Indian sub-continent is a hotspot warranting effective interventions to combat the consequences of climate change. India’s Exclusive Economic Zone (EEZ) is spread over a total area of 2.02 million sq. km, i.e., 0.86 million sq. km on the west coast including the Lakshadweep Islands and 1.16 million sq. km on the east coast, including the Andaman and Nicobar Islands. The link between climate change and oceans in the Indian sub-continent cannot be undermined. Studies have confirmed the role of temperature changes in the Indian Ocean is causing extreme weather events in Australia and East Africa and indicate the likelihood of altering the pattern of the monsoon, one of the most important climate patterns in the world which is responsible for most of the physical and ecological features of India.

India is one of the major fish producing countries in the world contributing over 3% of both marine and freshwater fishes to world production and occupying the third position in capture fish production. India’s marine fisheries will take a major share of the impending impacts of climate change. This sector holds high potential for strengthening rural development, domestic nutritional security, employment generation, gender mainstreaming as well as export earnings.

According to the World Bank, climate change will take away nearly 3 percent of India’s GDP and depress living standards of half its population by 2050. The National Plan of Action on Climate Change (NPACC), published by the Prime Minister’s Council on Climate Change (Government of India) and adapted on 30 June 2008, aims at creating awareness among the representatives of the public, different agencies of the government, scientists, industry and the community as a whole, on the threat posed by climate change and directs India towards sustainable development on ecological, social and economic fronts.

Dr Shoba Joe Kizhakudan is a Principal Scientist at CMFRI’s research centre in Chennai. Apart from a PhD from the University of Madras, she holds her Masters in Science from CUSAT and degree from Calicut University in Zoology, both securing the first rank. Dr Shoba is currently doing research on the characteristics and status of demersal fish stocks, fish population dynamics and stock assessment and elasmobranch fisheries. She is also associated with projects on resource enhancement by deploying artificial reefs and studies on the impact of climate change on fisheries. She is currently monitoring eight research projects as principal investigator/ co-investigator funded by ICAR-CMFRI and United Nations Food and Agricultural Organisation, Rome. Dr Shoba has authored around 95 publications so far in related fields.

Piling-up of Plastic Inside Human Body