Cyber Warrior: The Way to the Future 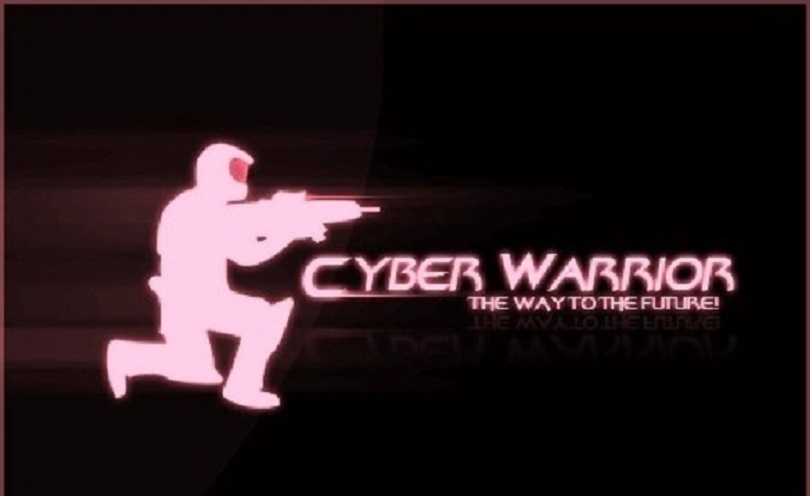 The Country is going through challenging times. The COVID-19 has impacted all of us in a big way. There are serious economic issues which are garnering attention as slowly our industries come to terms with themselves. The push towards a digital revolution has commenced with social distancing norms in place, restricting the way we used to do work. We could also call this period as a black swan event, wherein a few could have predicted the situation we are in today. If we do not adapt ourselves to this change and are not careful, the future will render us obsolete.

Today we all are living in a more aspirational world where there is equality between the leaders and the led. The advent of modern technology has brought us extraordinary freedom. Millions now find love by swiping their phones; podcasters reach their audience of millions from the comfort of their bedrooms and well-meaning neighbours keep us safe by recording private arguments and making these viral. Nowadays, elections pivot on viral content published online, while political careers can be ended by an ill-thought tweet or launched with an indigenous piece of clickbait. According to leading research, over 61 percent of the millennials get their political news from Facebook. In days to come TV and legacy media will cede power to the likes of Twitter, Google, You Tube, Instagram and so on.

Today ‘Twitter’ has taken the world by a storm. ‘140 counts is all it takes’ to stir a hornets’ nest and set things on fire. It has become a catalyst in matters related to religion, politics, news, advertising and so on. A view of statistics would indicate that there are more than 320 million twitter users today. There are 500 million tweets per day translating to 6000 tweets per second.  Facebook has 1.5 billion users per month, WhatsApp has 1 billion users per month and Instagram has 400 million users. The share price of twitter has gained from 17 US dollars to 36.4 US dollars. In the last one year itself, it has increased by 14 percent. Ever since twitter came into being it has gravitated from being a social networking platform to a news portal. Today every news channel has a twitter account and there is a posting of news every second.

There is also a lack of transparency in what twitter posts, which results in a lack of integrity. Take the recent example of an advertisement tweeted by Amul titled “Exit the Dragon”. Amul’s Twitter account was briefly blocked after the company shared a cartoon which called for a boycott of Chinese products. Now, after the handle was restored, the company has pinned the tweet on their profile so that this is the first tweet anyone visiting the company’s Twitter profile will see. There are also numerous fake accounts which get created but not detected by the moderator who controls the content on twitter. Take the example of “Omani Princess” a twitter handle created in the name of Her Highness Mona Bint Fahd which indulged in propaganda that all Indians working in Oman are being expatriated. Twitter has also been accused of ‘Shadow Banning” by hiding tweets of right-wing users from public view. It is therefore evident that twitter has become a wayward child and needs to be more mature.

Another important aspect which needs to be highlighted is about “Cyber Bullying”. Cyberbullying occurs through social media platforms. It involves humiliation through hateful comments on online platforms, sharing negative or false information about another individual for causing humiliation and character assassination. In a research by ‘Symantec’, 8 out of 10 individuals are subject to cyberbullying in India. Out of these 63 percent face online abuses and insults, 59 percent were subjected to false rumours and gossips degrading their image.

One would remember an incident in the year 2017, where a lady MBBS student of Kerala jumped from the highest floor of her college building as a result of certain comments made on her character by her peers on Facebook. There was also a case of a 20-year-old student Gurmehar Kaur of Lady Sriram College, Delhi. She joined a social media campaign against the Akhil Bharatiya Vidyarthi Parishad (ABVP) after violent clashes at Delhi University’s Ramjas College. As part of the ‘Fightback DU’ campaign, Gurmehar Kaur’s online post saying, “I am not afraid of ABVP,” received many messages of support, but she was also trolled with threatening messages. Gurmehar, whose father died fighting militants in Jammu and Kashmir in 1999, finally withdrew from the campaign and left Delhi.

Recently, the United States Federal Trade Commission (FTC), has ordered a probe against twitter for alleged privacy violations for using phone numbers uploaded for security purposes to target people with advertising. The fine could run into almost 150-100 million US dollars. In a recent case, the FTC had fined Facebook Inc, 5 billion US dollars, Google U-tube was fined 70 million US dollars for an alleged collection of children data. The Bitcoin scam is known to all when hackers gained access to 130 twitter accounts which included the accounts of Barrack Obama, Joe Biden, Tesla CEO Elon Musk and a host of other prominent people. There was also this polls on “Enemies of India”, and the people who are to be silenced.

Apart from the issue of social media platforms like twitter, there is also a threat related to Cyber Security issues. On 23 May 2017, an Indian Air Force Sukhoi 30 fighter aircraft was downed, purportedly by a cyber-attack from China. This was just one more incident in the series of cyber incidents against India. To most observers, this did not come as a surprise as India has been one of the most cyber-attacked countries with most of the attacks originating from China.

In a 2018 report to India’s National Security Council Secretariat (NSCS), almost 35 percent of cyber attacks were attributed to China. The situation has not improved since then. India was one of the most cyber-targeted countries in the world in 2019 with over 50,000 cyber-attacks from China alone. India held the top spot for being the most cyber targeted country for three months- April, May and June and remained in the top 5 cyber-attacked countries throughout the year. According to a report, the most cyber-attacks targeting India in 2019 originated in Slovenia followed by Ukraine, the Czech Republic, China and Mexico.

Can any well-meaning society or a nation tolerate this kind of discrimination of people with a certain ideology, launching of vicious personal attacks and anti-national activities? The time has come for the nations to awaken their youth to become “Cyber Warriors”.

Every youth of our country needs to be trained as a cyber warrior. The ideal cyber warrior will possess high technical aptitude, be a creative problem solver, and possess a hacker mindset that enjoys manipulating complex systems and pushing technology in ways unintended by its designers. This service to the nation would be as valuable as the service of our soldiers fighting for the nation. Certain leadership which one could visualise as applicable to the cyber warriors are enunciated as under:

Know Yourself and Seek Self-improvement:  Each leader must assess his strengths and weaknesses and seek self-improvement to augment nascent skills for cyber warfare.

Be Technically Proficient: Technical competency is the fundamental requirement for a leader in cyberspace. It is impossible to plan and conduct cyber warfare if the leader does not understand the laws of physics as they apply to networks and automation. Mere intuition is not a substitute, however, as the laws of physics are often counterintuitive in cyberspace. Adversaries may walk through walls, become invisible, move at the speed of light, change from male to female, alter history, teleport around the globe, or attack from a million locations at one time.

Build a Team: Extra attention might have to be devoted to team building in a group of volunteers drawn to an organization focused on network attack and defence. There is a nugget of truth in most stereotypes and the image of a computer hacker plying his or her craft alone in a darkened room for hours at a time is a common one. In general, individuals who are drawn to science and technology must be recognised. Not only must this group of largely inward-looking individuals be forged into a team, but the leader must recognize that the group likely won’t interact like other teams. In other words, the team might be forged without the leader even recognizing it!

Employ Your Team in Accordance with its Capabilities: In the words of ‘David Kilcullen Rank is nothing: talent is everything’ – A leader must recognize specific competencies among his or her subordinates and assign duties and responsibilities accordingly. In the cyber arena, perhaps more so than in other domains, leaders may often have to ignore traditional rank-based notions of who “leads” (or manages) a team or organization.

Create a Culture of Innovation that Allows Tackling Hard Problems:

Cyberwarfare presents challenges that cannot be solved in a matter of days. This isn’t unique to the cyber domain, nation-building, countering improvised explosive devices, and defeating insurgencies all require long-term efforts to develop solutions. Cyber warriors of any rank will be bright and capable of solving hard problems, but they require a creative work environment and culture.

The core principles of leadership remain the same, but the cyber warfare leader must adapt to the needs of the inherently different missions, personnel, weapons, and environment of cyberwar. Leaders must be adept lifetime learners who maintain currency with advancing technology, threats, policy, and tactics and inspire the same in their subordinates. The leader must create an environment which facilitates innovation and initiative by allowing creativity, underwriting honest mistakes, providing goal-oriented objectives, and boundaries upon proper behaviour. Cyber warriors have immense potential, but it is up to the qualified and prepared cyber leader to unleash this potential, and effectively execute cyber warfare missions on behalf of our Nation.

Today we have hidden enemies within us. The Cyber Warriors need to identify these hidden enemies, expose them and finally annihilate them. The Government needs to have a strict regulatory mechanism in place to guard against any anti-national propaganda or an attempt to incite passions on account of religion, caste or creed. The social media platforms like twitter need to be reined in. We cannot have these organisations play merry hell with the sentiments of the people and undermine the morale of the nation and its armed forces. The time for reckoning has come.