Defence Sector of India Under Transformation 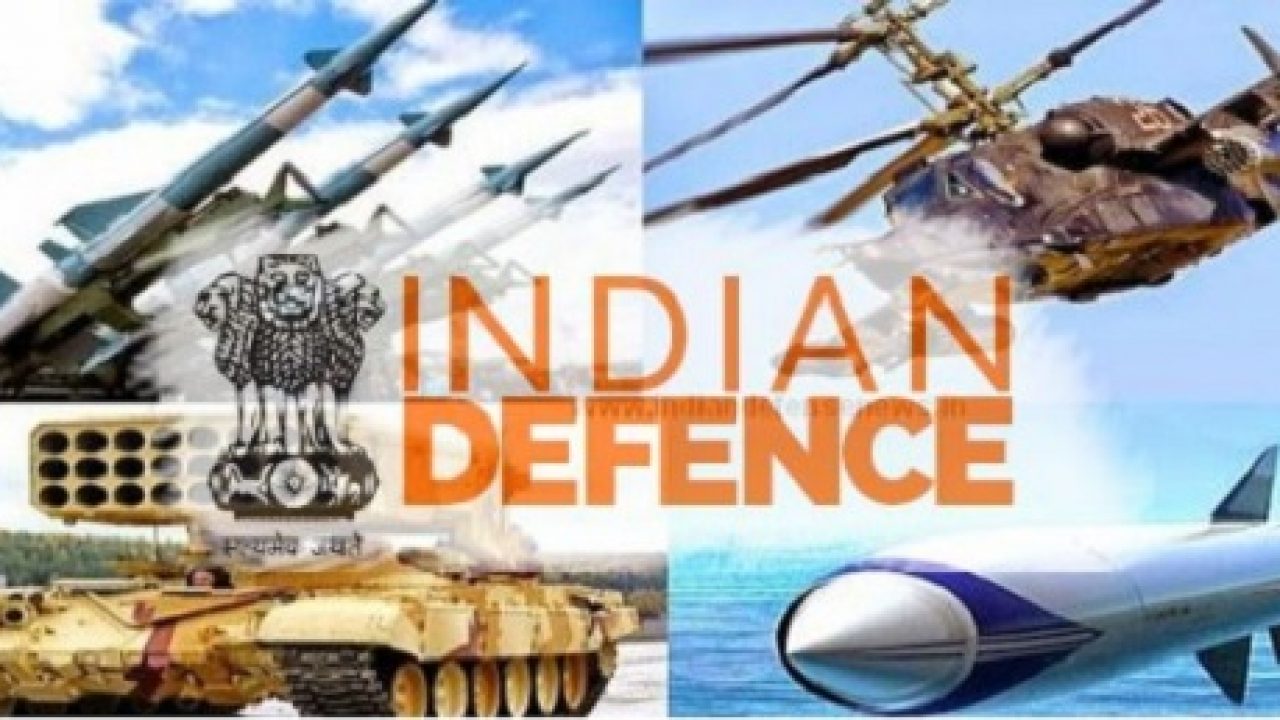 The defence sector of India is presently undergoing some major changes towards achieving self-reliance.

India operates the second-largest armed forces in the world. A large part of the armaments has been imported from foreign countries. According to the Stockholm International Peace Research Institute, India imported equipment worth $47 billion from Russia and Israel between 2015 and 2019. These imports comprised of artillery guns, assault rifles, corvettes, sonar systems, transport aircraft, light combat helicopters and radars are among others, which could have been developed locally. To develop more self-reliance, the Defense Procurement Policy (2020) has been amended for greater self-reliance with the ‘Make in India‘ as being an integral part. The finance sector could play a major role in the transformation of the defence sector.

The financial sectors have made a slew of changes to accommodate and culture growth of internal systems. The sectorial cap of foreign investment being raised from 49% to 74% signifies lucrative opportunities that might attract foreign-based investors to set up production in the country itself. Many companies can now bring a slew of well-developed cutting-edge technology that would benefit the homeland greatly. Following this trend to improve the fiscal provisioning to the military players, the Finance minister has announced some much-needed measures in the form of bills and provisions. A recently proposed budget gives provision to reduce the defence import bill and encourage domestic manufacturers to play with the random allotted projects by granting certain benefits.

Along with these reforms, the proposal of corporatizing the Ordnance Clothing Factory (OCF) has been mentioned which may be a worthwhile long-term solution to look into. The Ordnance Factory Board (OFB) has been plagued by political indecision and poor management resulting in stagnation at the 14,000-crore mark for the past few years. While the products meet the ISO certification standards, both the clients, as well as the Rajadhyaksha Committee, have pointed out serious shortcomings resulting in inferior products that do not last their shelf lives. The move for corporatization is supposed to endure a push for greater accountability with proper responsibilities delegated to competent officers. The reforms would also make new tie-ups with the researchers at DRDO so that the first order of development is carried out by the OFB as opposed to outsourcing them to soviet subsidiaries.

The next step would be to stimulate the development of Indian vendors so that they may step up to production to replace the imports. To start with, India has stopped importing small arms and light machine guns from Israel, super-rapid 76mm naval guns from Italy, and AK-74 assault rifles from Russia. While the task of manufacturing them would be dealt with by the Ordnance Factory Board, there is a great demand for newer enterprises who would supplant the foreign nations as the chief producers and developers of artillery equipment.

Currently, India faces a myriad of problems from poor management, lack of versed personal and autocratic conflicts that hinder the growth of the arms industry. At this time the Ministry of Defense (MoD) and the Defense Procurement Procedure (DPP) have two conflicting methods of deciding the owner of an asset as Indian or foreign.  The policy states that the majority of the shareholding (51%) must be held by a single company or entity. Such rules impose restrictions on joint ventures that want to participate under the MoD. This ‘Resident Indian ownership’ if removed, would allow many new opportunities to prosper. Currently, the DPP 2020 draft allows the participation of foreign bodies with the least restriction in the procurement and maintenance processes, which comes as a welcoming move.  In future, care should be taken to dissolve other existing laws and prevent drafting laws that can lead to discrepancies in the market instead of forming synergies.

Right now, the ‘Innovations for Defence Excellence (iDEX) framework, was launched by the Department of Defence Production to foster self-reliance and ingenious development within the nation. This move collaborates between various fields including start-ups, academia, research and associated Defence sectors. The notion aims to generate a unique solution to the existing problems from the innovative mind of the nation who participate in the Defence India Start-Up Challenge (DISC). Currently, 58 iDEX winners have proposed a realistic and usable solution to 19 problems in the defence sector.

Two new defence corridors at Uttar Pradesh and Tamil Nadu are expected to boost the indigenous production of small artillery & aerospace machinery while generating employment opportunities. These corridors comprise six and five nodes comprising Agra, Aligarh, Chitrakoot, Jhansi, Kanpur, Lucknow and Chennai, Coimbatore, Hosur, Salem and Tiruchirappalli respectively. This plan, to stimulate small and medium enterprises (MSME), has been handsomely funded with 3,100 crores as announced by the Ordnance Factory Board.

The internal structure of the military supply chain of commands for the same has also been reformed to improve utilization of resources and eliminate redundant overheads. Joint logical nodes are tasked with the management of ammunition, rations, fuels, oils and lubricants, civil-hired transport, aviation clothing, spares and engineering support for the three pillars of the armed forces. Alongside, money that was occupied for allowance of the manpower, is now being redirected into R&D following the trend of other superpowers around the world. The new age will see reduced men on the battlefield, replaced by more expendable and lethal technologies such as swarm drones.

With these ongoing transformation, there is a great opportunity for startups in the defence sector of India. It has been estimated that the development of new industries along with the availability of increased funds could generate as many as 20,000 high paying and 50,000 supporting jobs. This could pave the way to make India a place for opportunities in the defence sector. The continued support from the government could become a game-changer in the coming decades making India a leading exporter of arms.

Eshan Bajal, Research Associate under training at DRaS. His area of interest lies in cybersecurity. He is very active in the research community and has worked on numerous research papers, journal publications pertaining to neural networks, blockchain, motion sensors, etc. 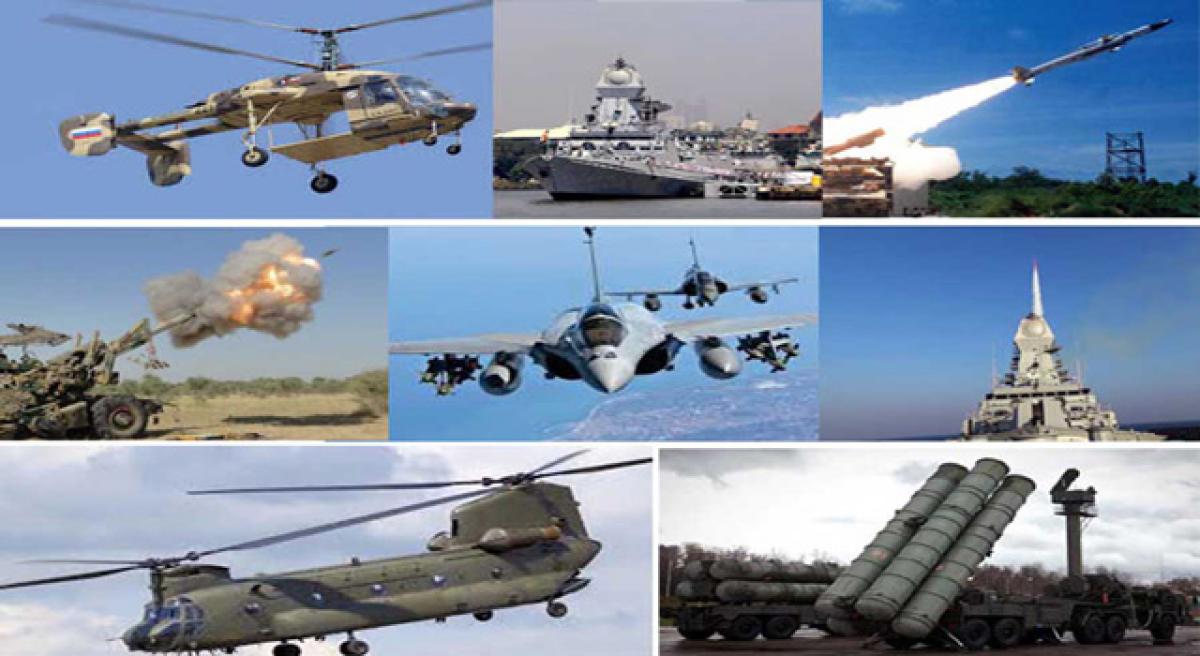 Commerce and Economics Make in India