Democracies in South Asia Under Siege 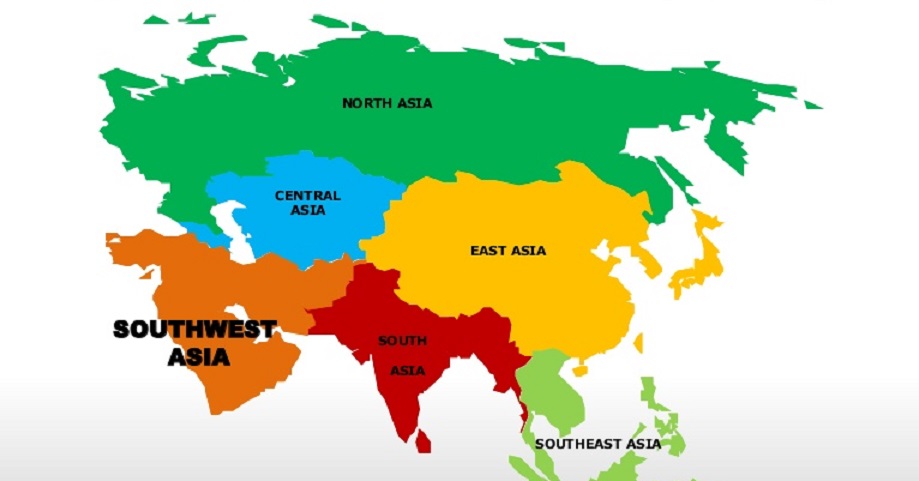 Democracies in South Asia is under pressure due to the existing geopolitical state of affairs.

Can the democratic world afford the weakening of democracy in South Asian countries? This is a billion-dollar question, needs to be addressed urgently for the following reasons: 1. The region houses world’s one-fourth of the total population, 2. It is fast becoming workshops of the world, and 3. Last but not least is the region houses world’s largest, and so far stable and vibrant democracy that is India. And during the last few years, the region’s democratic governments are getting rapidly weakened due to assaults from external forces, both from the democratic and authoritarian world.

And during the last few months the process of weakening of democratic governances in the region have been found faster, thanks to dreaded pandemic Covid-19 on the one hand -allegedly developed and allowed to spread with strategic objectives -refer PLA incursion into Indian territory and subsequent attack on Indian Army on the Himalayan Hills- when India was struggling to save her people from the monstrous clutches of the virus-, which has in the meanwhile engulfed the entire world, the first of the kind in fastness and severity the entire human civilization had ever encountered.

Communism or authoritarian regime and democracy are not the same bedfellows. In the recent past in South Asia, when democracy is not aggressive in spreading its wings, the communism and authoritarian regimes together are found very aggressive and marching with one after another success, mostly at the cost of democracy. For Communist authoritarian China, a successful and vibrant democratic India with a big economy and a strong military is an eyesore. These aspects, the western democracies, the vanguard of the democratic movement in the world, should not ignore.

On the eastern border of India, on February 01, 2021, through a military coup, semi-democratic government (as the military had veto power over several important governance issues including constitutional amendment, Defense, Home, and Border Affairs ministries) in Myanmar -came into being just a decade back in 2011 after more than five decades under military boots- was deposed. This happened within four weeks of Chinese Foreign Minister Wang Yi, well-known for coercive and debt diplomacies, visited the country and met with the country’s Commander-in-Chief of Defense Services Min Aung Hlaing, who lead the February coup. Post coup, the statement of the Chinese government that ‘the coup is just a cabinet reshuffle’ leaves no observer in doubt the possible nexus between the military junta and the country’s northern neighbour, which is in fact the largest source of the country’s FDI, now stands at the US $21 billion, mostly in infrastructure development with priority to get a land and sea connectivity between mainland China in north and Bay of Bengal on the northern Indian Ocean in close proximity of India in the south. Myanmar has a porous hilly and forest border with India’s separatist-militancy-infected North-Eastern states. During the last decades, they were laying low. Earlier, they were getting arms and ammunition supply apart from safe hiding in Myanmar and China. Now, there is a possibility of their movements getting a booster that would impact the ongoing strengthening of democracy in India’s North-Eastern states.

In Nepal, on the northern border of India, though there is a democratic establishment, the situation is not far from dangerous for a healthy democracy in view of Chinese influence on the present ruling party and its allies which were earlier involved in arm revolution with arms and ammunitions supports from China. Over a number of issues, there are Chinese-backed Nepalese oppositions to India. Apart from this, there are allegations of Chinese encroachment of Nepalese territory, maybe part of Mao Zedong’s palm (Tibet) and five fingers (Ladakh, Nepal, Sikkim, Bhutan, and Arunachal) occupation plan.

On the western border of India, in Islamic terror infected and economically bankrupt Pakistan, Chinese influence is complete. China has invested near about US $60 billion for the development of the country’s infrastructure. Though Pakistan has at present an elected democratic government, nobody having the slightest sense of democracy accepts that there exists any democracy in view of the Pakistan Army and its intelligence agency ISI, headed by an army general, having complete influence over the government.

In Kabul, though democratic government rules, it has no control over a large part of the country where Islamic terrorists outfit Taliban and its affiliates rule with covert support from Pakistan ISI. By September 11, 2021, when the forces of the US and her allies -considered as stabilizing forces in South Asia- leave the civil war-ravaged country, whatever control that present Afghanistan elected democratic government has over the country will collapse. This has already been forecasted by US intelligence and defence experts. If the several news reports are to be believed, a nexus is under construction between Pakistan, Taliban, and China; means the largest economy in PPP and one of the top two military powers in the world that is China is taking over the control of Pakistan and Afghanistan like the Soviet Union took over of Afghanistan in 1979 though lost over decade long fight. Yes, it is difficult to predict now whether China will succeed in its effort in retaining long-term relations with Islamists as Islamists and Communist atheists are not the same bedfellows. If their honeymoon failed, the highly motivated battle-harden Islamic Taliban’s guerrilla will make the PLA life miserable a la they did to Soviet Red forces. But, it is certain that now for few years, China is strongly present in the western part of South Asia.

In Island nation Sri Lanka located south of Indian peninsula and closed to world’s one of the busiest sea trade route, China is building a strategic port city with a long period of lease as part of its India-centric strategic infrastructure called Strings of Pearls. Now, Sri Lanka, which has an ethnic conflict with India, is under the rule of an elected dynasty which goes ahead giving one after another infrastructure project to China which will have direct security concern for India.

In view of this, is it correct on the part of Western Democracies and their democratic institutions such as think thanks, academia, and media to weaken Indian Democracy over flimsy grounds? Which democracy in the world has no loopholes? Recently, the US government agency Freedom House downgraded India’s democratic credential over secularism and press freedom through its head of the states takes the oath of office keeping a hand on Bible and its headquartered Social Media having an operation in India has not yet implemented democratic India’s sovereign laws. And there is no day when there are no anti-India columns and news in Western media and think tank sites over even legislations made by the Indian Parliament. And to the worst, Biden Administration post-oath taking allowed US frigate passing through India’s EEZ in the name of Freedom of Navigation (FONOP) without UNCLOS mandated intimation -a la its aircraft carriers have been doing in the South China Sea to defy China claim over the sea- giving China opportunity to taunt India, which is one of the four members of US-led QUAD, and demean India’s image in the region.