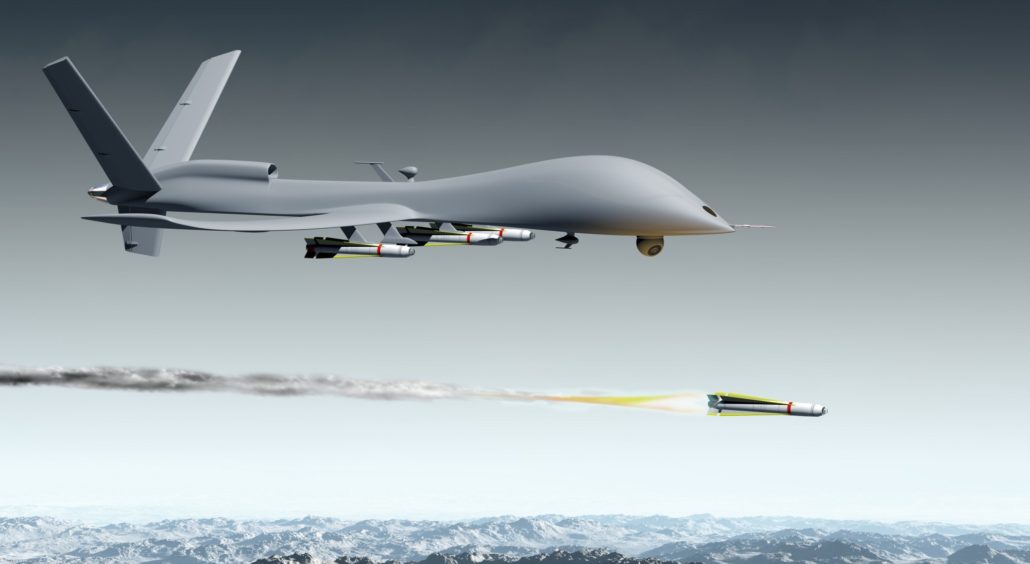 Deployment of autonomous weapon systems is going to be a challenging task for nations in the coming years. Artificial Intelligence has pushed the boundaries of autonomy, wherein the human interventions are going to be very minimal in future.

Weapons of Mass destruction (WMD) have been a threat to mankind since World War II. Lethal Autonomous Weapon Systems (LAWS) are posing another kind of threat to humanity. The level of autonomy defines how dangerous the weapon could be for nations. Leading military powers are in a rally to design and develop fully autonomous systems. Human control of machines is minimising since the level of autonomy is increasing year after year. Getting these weapons into the hands of non-state actors is even more dangerous.

Of late UNIDIR has started focussing on the element of human control over LAWS. The decisions are taken at various stages/levels shapes the final outcome of an autonomous engagement. The legal outcome of decisions that a nation can take needs to be deliberated and vetted prior to the implementation of policy governing autonomous systems.

The underlying threat perceived by a nation from adversaries is a major factor that decides the design of an autonomous system. Stonewalling between nations would lead to generating fear of the unknown between them, triggering the development of systems for self-protection. The perceived threats across borders force the nations and their political leaderships to make decisions which could trigger an autonomous arms race.

The decisions are taken by the ruling Governments on the development of autonomous weapon systems shape the policy governing them. This decision varies according to the threat perception. The decision taken by the Government is very critical regarding autonomy, which will have ramifications on the strategic and operational decisions. Nations can take decisions on the advancement of autonomous weapon systems to enjoy the geographical/regional hegemony.

Once the decisions at the political level are taken on the level of autonomy, the strategic decisions can follow subsequently. The strategy for military operation must comply with Rules of Engagement (ROE) and law including a legitimate military objective which can be successfully achieved through legitimate military means without excessive incidental loss of civilian lives and the collateral damages. A military strategy involves the formulation of specific objectives, including the ways to accomplish objectives. The number of civilian casualties that military action could create with or without seeking approval at the highest/political levels are to be defined. The designated target must be a legitimate military target and must comply with ROE. The law governing should consider the principles of military necessity, distinction, proportionality and precautions. The maturity of political and military leadership will be displayed at this level.

Strategic-level guidance is translated into operational-level objectives, guidance and intent. These form the cornerstone of the targeting process at the operational and tactical levels. This is a foundational process in identifying the most relevant targets. A target’s importance is perceived in its relationship with other targets. Target analysis focuses on identifying these interdependencies and vulnerabilities. After target analysis, target validation, nomination, prioritization and approval is done in this stage. Possible collateral damage also can be worked out. Prepared targets are briefed to the authorized commander, who may consult functional advisers and decide to approve, suspend or disapprove the targets or to forward the decision to the appropriate engagement authority

Mission planning is done at the next level. Tactical-level planners perform detailed mission planning for the execution of operations. This may include the location, type, size and material of the target. Planning may include weapon capabilities and effects, civilian patterns of life, time of the attack, munition fragmentation patterns, and secondary explosions. Before deployment, equipment may need to be assessed and modified to comply with applicable requirements and environmental conditions in the battlespace.

At this final critical stage, the target is found, fixed, tracked and engaged. The attack may be ordered, transmitted, monitored and executed. This may include weapons release. The option to suspend or cancel the mission should be available to avoid collateral damage. Post execution, assessments and evaluation are done to measure the effectiveness of the attack for future reference. Achieving a legitimate military objective and proportionality of civilian losses to military advantage is also measured. Assessment should also verify compliance with the rules of engagement viz a viz level of autonomy.

Deployment of autonomous weapon systems needs detailed inhouse deliberations at the apex level in future. The political establishment has a responsible role in defining the level of autonomy of the system being developed. The level of autonomy adopted needs to be under a framework universally accepted by nations. Human elements in the autonomous system should remain and the option to cancel or recall a launched weapon system should be vested with the nation launching the weapons.

We are stepping into another cycle of the cold war. UNIDIR is working overnight to bring all nations to the table to put an end to the ongoing autonomous weapon race. Efforts are to be there to audit the decision-making mechanisms of nations possessing autonomous weapon systems.