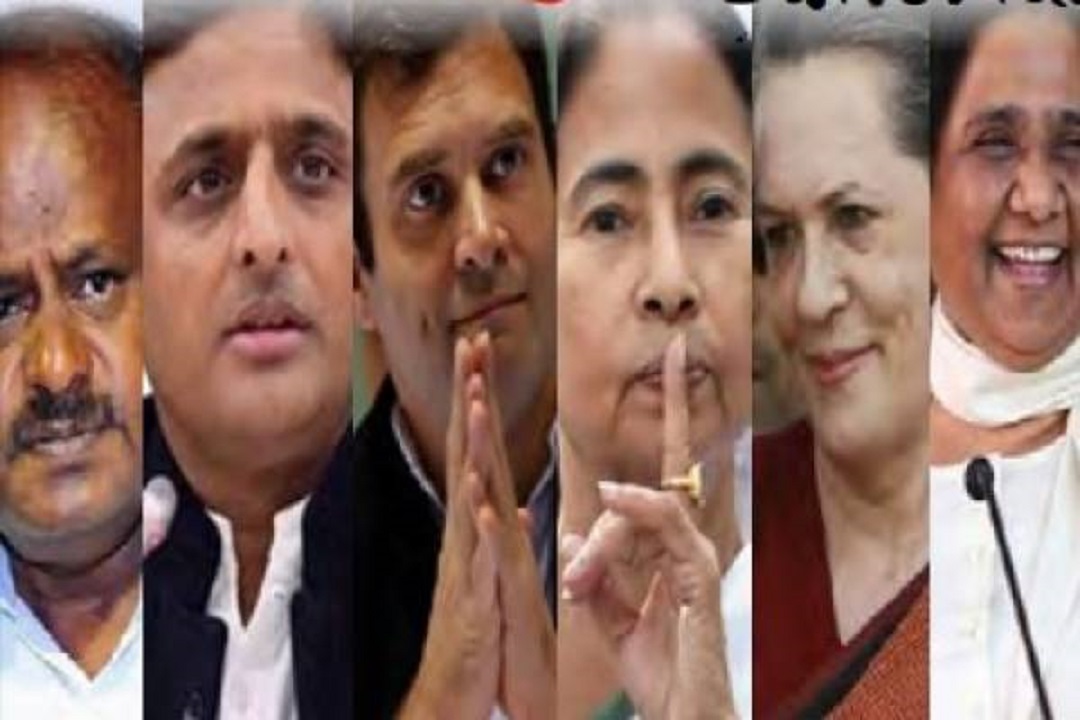 Recently, I had a frantic search for the word ‘dynocracy’ in Googly Search as a form of government as the term came to my mind when I was reading a news story on the offer of two regional parties’ tickets to the son of former Goa CM from a national party. He has been denied a party ticket by his father’s party to contest for the ensuing state assembly election. I did not find the presence of the term ‘dynocracy’ in the list of forms of governments that were totalitarian, autocracy, oligarchy, monarchy, democracy, communism, socialism, aristocracy, theocracy, etc., etc. human civilization has so far experienced. Finally, I decided to include ‘dynocracy’ in the above list as a form of government as I am convinced that this effort of this author will be rightly accepted as Indian politics has slowly but steadily been marching towards the ‘dynocracy’ form of governance, a new one. All fans of Indian democracy and political scientists -the world over are requested to read this column before passing their judgment whether to include ‘dynocracy’ in the above list of forms of government or not.

Then, what is ‘dynocracy’, which means the definition of it like other forms of government has? The definition of ‘dynocracy’ is very short and simple. This is ‘democratically elected dynasty that rules the state’ or dynasty plus democracy make ‘dynocracy’ or a few families get the right to rule getting elected either uninterrupted or alternatively as seen in New Delhi with rules of grand old party first family for decades and between two families in Srinagar, in Amaravati (Andhra), etc.

The word dynocracy has not been invented and is not in use so far simply because perhaps in all democracies except India, there is no dynasty/political families that use to get perpetually elected election after election generation after generation for decades in length like for example India has seen in the national capital, and in state capitals, in Srinagar, Chandigarh, Jaipur, Gandhi Nagar, Mumbai, Bengaluru, Thiruvananthapuram, Chennai, Amaravati, Hyderabad, Bhubaneswar, Bhopal, Lucknow, Patna, Ranchi, Kolkata, Shillong, Dispur, etc.

Also, all political parties are greatly infected with political dynasties, but not to that extent Left parties so far. Left parties are not so infected with the dynocracy virus, maybe because they are in sinking boats as communism as a form of government has lost its shine. However, it is difficult to ignore the promotion of son-in-law in the one/only Left ruled state of India.

Even the majority of political parties, except the so-called Rightist and Leftist, including the grand old party and almost all regional political outfits are headed and one can confidently say owned by dynasties and have been run as family enterprises in more or less corporate style. This happens when corporate honchos, who are in fact built their enterprises on their own, thinking to hand over their enterprises to professionals if we go by the year back announcement of mining and metal behemoth Vedanta’s Chairman that he might not hesitate to choose professional over the family member to lead his business, post his retirement. Again when corporate honcho thinks about their retirement, politicians carry their power position to their death bed, the tradition started by the first PM and head of government with supreme executive power as per the constitution. Here, all concerns note that the first PM persuaded the first President of India, the head of state having no executive power, to not go for the third term following American practise where the President is both heads of government and head of state, though he himself contested and ruled for third and fourth terms.

Let us now discuss the evolution and grooming of political enterprises which contributes to the establishment of undemocratic ‘dynocracy’ in India. In the world’s first and oldest constitutional democracy, in the US, though there was no number of term restrictions constitutionally to be elected to The White House, yet no President, till F. D. Roosevelt wished to get elected beyond the second term despite many of them, were enjoying unprecedented charisma.  This helped prevent personalization and subsequently familisation of US’s body politics as seen in India within the second decade of self-rule, started in the late 1950s when the first PM appointed his daughter as grand old party (GOP) President, and in 1960s when she utilized father’s personalization and familisation to dominate in the party affairs and grabbed the power as soon as the opportunity for the same came (I am not discussing the Tashkent file of film-maker  Vivek Agnihotri) and that later facilitated dynasty politics. What happened in the grand old party later, all political observers in India and abroad know. Now, the party is in such a state that many prominent leaders are bowing before the family owner despite it being a known fact that the latter is not capable of reviving the party in the face of cut-throat competition from its only all India rival.

Now, let us discuss how the dynasty politics that originated in the grand old party spread its wings to other parties and the country’s body politics. Post independent, literally there was no political party in India which had GOP kind spread throughout length and breadth of the country. The saffron party, now the largest national-level party, is a late 20th Century phenomenon. However, there were a few regional parties including a religion-based party in Punjab in North India and a socio-cultural one based in Tamilnadu in peninsula India’s southern end. These two parties started with socio-cultural-religious and regional/state aspirations, but over the years of time -one can now say- they became families owned parties meeting families/dynasties aspirations generation after generation. Being inspired by the dynasty politics of these two regional parties and the grand old party, many ambitious politicians started their personal ideology-based parties for Dalit and backward so-called emancipation. But, later they became family fiefdoms as seen in almost all states.

In this regard, a very interesting incident happened in Odisha after the death of legendary and charismatic Janata Dal leader Biju Babu in the late 1990s. During his lifetime, Biju Babu did not allow any of his family members to enter politics. But, after his death, his followers brought in his son from political nowhere and installed him as party president forming a regional outfit in his name. Later, the saffron party, which was desperately searching for a foothold in the state, joined them, and together, they contested several elections till 2009 with unprecedented successes. Now, most of the Biju loyalists have been evicted from the party, and the saffron party is not in an alliance, yet the regional party is growing formidable in the state. Though state CM is single like PM Modi, and many others, he has not brought in any of his family members to party politics to inherit the party like others of the same kind do. But, the regional political outfit supremo is promoting dynasties if one goes by the party ticket distribution. Recently, per example, he gave a party ticket to the son of his former minister to contest in the by-election necessitated by the death of the minister.

Sometimes, it comes to my mind that bachelor PM is strongly opposed by non-saffron parties and several of his party colleagues because he is dead against dynasty politics in letter and spirit as he himself does not allow any of his family members to enter into politics. It is a different matter whether any of his family members have shown interest in politics or not. His political opponents with dynasty ambition might be thinking that he is creating a precedent detrimental to dynasty politics or dynocracy by way of not allowing the saffron party to be owned neither by him –the supreme leader in the saffron party at present-, nor by anybody else. He did not give a party ticket to the son of former Goa CM. Earlier, he denied a party ticket to top Atal’s cabinet colleague, who later turned a bitter critic of him, though his son, a brilliant economist was offered a party ticket and won twice consecutively to Parliament and holds an important position in governance since then. But, the political environment in India has come to such a state now that it is difficult to avoid dynasty politics. The same saffron party has offered tickets to the mother-son duo –from now estranged GOP dynasty-, welcomed dynasty product (Gwalior) from GOP while fighting against dynasty politics in Jaipur in his own party itself. And not long ago, the saffron party virtually backed the dynasty in Bhubaneswar and in Punjab and had an alliance with dynasty-owned regional parties in Andhra and Patna.

In view of the above, why not get a brand new term for a new form of government in ‘dynocracy’ to better describe the prevailing so-called democracy in India than hypocritically clinging to democracy?